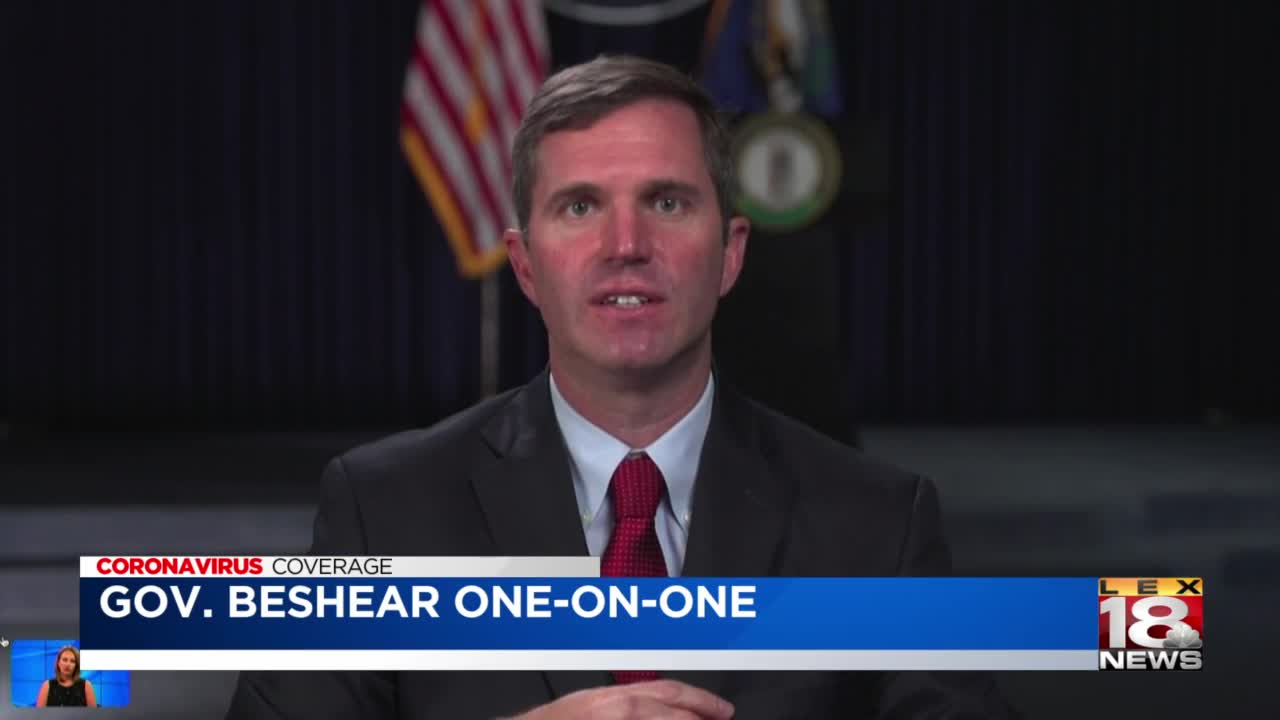 Before Gov. Beshear fell ill, he did an interview with LEX 18's Claire Crouch to cover the recommendation to delay in-person learning among other topics. 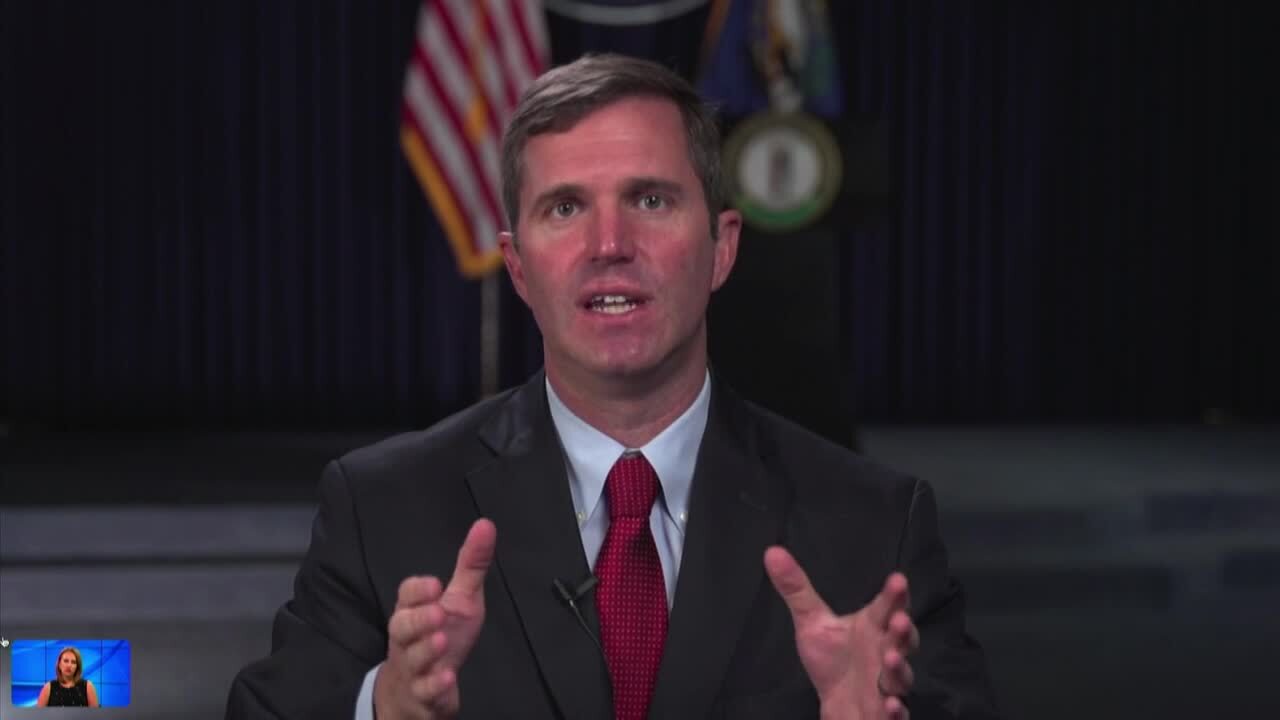 In an interview with LEX 18's Claire Crouch, the governor focused on a wide range of topics, including in-person learning, unemployment, and the future of sports during COVID-19, specifically the Kentucky Derby.

Governor Beshear said it was a tough recommendation to make but also said it's not safe at the moment for students and teachers to return to schools for in-person learning.

"We're at what I hope is the height of the virus of Kentucky," said Gov. Beshear. "We're seeing a significant increase in positive cases amongst kids, openings across the country are not going very well right now, and we still have families going to the beach ... so because of that, we need some extra time, and by providing a date like September 28th, it allows school districts to plan."

When asked about Internet access for students in rural districts, the governor says the state was able to obtain funding from the federal government. They are looking at programs other states are pursuing, which include providing hotspots for students.

"We've got to make sure that each child can be connected ... we can't leave our children behind during this period," Gov. Beshear said.

Governor Beshear said the state is in a "dangerous time" when it comes to the spread of COVID-19. However, the governor said he is hopeful at the results he is seeing after enforcing a mandate that requires Kentuckians to wear a mask in public.

"What we're now seeing is a leveling off, or a plateau, and that's good news," said Gov. Beshear. "When you look at a place like Florida or Texas and how quickly it escalated, [as well as] Arizona, and the damage that came with it, it looks like we've stopped that, but we still have a lot of work to do."

Gov. Beshear on COVID-19: 'Kentucky is in a dangerous time'

Governor Beshear said face masks are working to reduce the spread of coronavirus. Still, he stressed Kentuckians might need to wear them until there's a vaccine or new positive cases are brought down to a significantly low level.

"I think it took a little bit of time because [wearing facial coverings] is uncomfortable and it's so different, but we're seeing the vast majority of Kentuckians put one on ... we're seeing significant compliance," said Gov. Beshear.

When asked if President Trump's recent executive orders over the weekend were enough, Governor Beshear said the federal government "has to take action" when it comes to the stabilization of budgets for states and local communities.

"Otherwise, what could be a short recession that we're in right now with short-term unemployment could turn into a longer, painful recession or possibly even depression," said Gov. Beshear.

Governor Beshear says the federal government 'has to take action' with COVID-19, economy

One of President Trump's recent executive orders would give those claiming unemployment $400 a week and require states to provide 25 percent of the funds. Still, Governor Beshear says the federal government should keep the $600 weekly payments for those who are on unemployment.

"It's working to help people meet their basic needs," the governor said. "It's also promoting the type of consumer spending that we need in our economy."

Governor Beshear says actions by the previous administration and the state legislature, including the cutting of regional unemployment offices, led to the "perfect storm of neglecting our safety net" with COVID-19 and record unemployment levels in the state.

"My job is to fix it, and we are really close," said the governor. "Help is on the way, and we're working as hard as we can through a complicated system that we should have maintained a lot better, and I hope that this teaches us that lesson moving forward."

When it comes to the Kentucky Derby, Governor Beshear said Churchill Downs is working to restrict the number of people who attend.

"We have seen in a professional soccer stadium in Louisville ... if you do these things right, they can work," said Gov. Beshear. "That's everybody wearing masks. That's a significant restriction on the capacity that lets you spread everyone out, and I believe that's what [Churchill Downs officials are] working on for the Derby right now."

The governor said people might be surprised at the capacity levels Churchill Downs will allow, but said officials there are working to make the event safe for the limited number of fans who attend.

When it comes to whether sports teams in Kentucky will be able to have a regular season this year, Governor Beshear said challenges include making sure both fans and athletes are safe.

"We are watching and waiting about how much we can tamp down the virus," said Gov. Beshear. "Right now, it's been postponed until September to watch high school football here in Kentucky ... they may have to look at a Spring option as well."