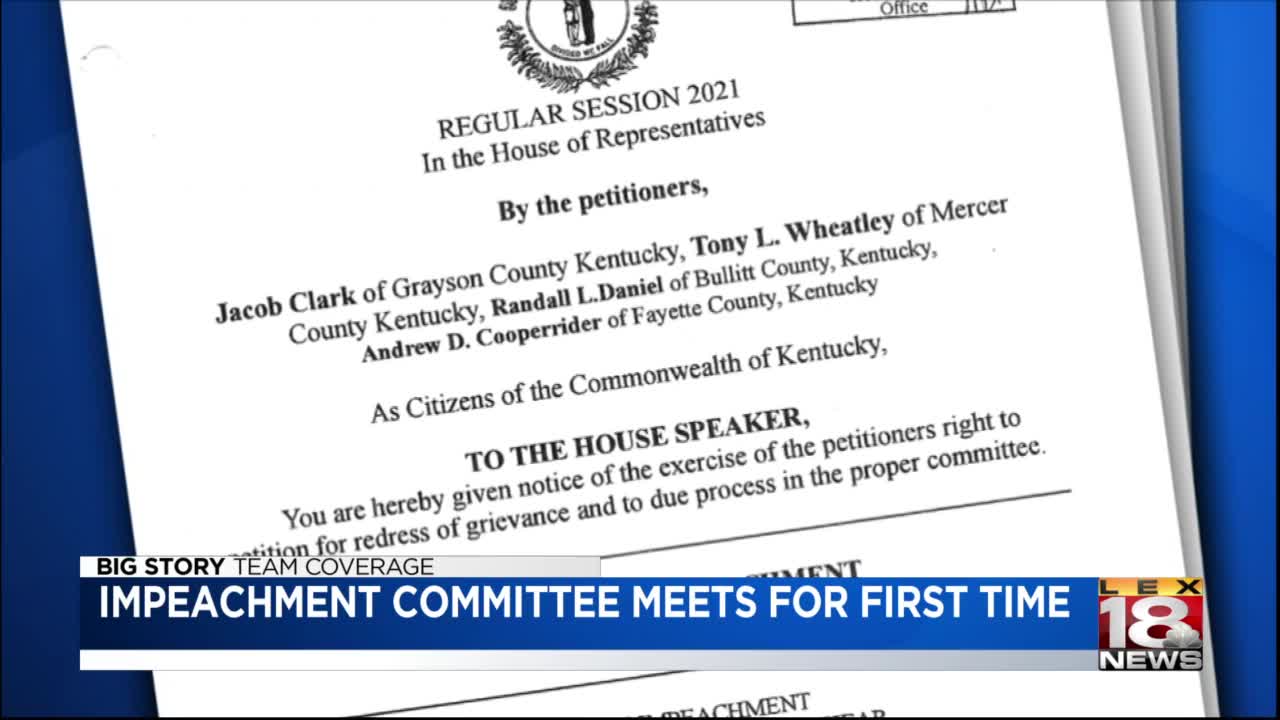 FRANKFORT, Ky. (LEX 18) — Gov. Andy Beshear has until Friday, January 22 to respond to the impeachment petition filed against him after the committee formed to consider the petition met for the first time Wednesday.

The Impeachment Committee consists of four House Republicans and three House Democrats. In a party-line vote Wednesday, rules for the committee were approved.

"The committee members will not be discussing the substance of the petition and anything that is mentioned in executive session," said Committee Chair, Representative Jason Nemes.

"We are a part of Kentucky history as it's being made," she said. "I don't want to be the one that does that wrong."

The petition being considered was filed by four Kentuckians who claim the governor acted unconstitutionally in his COVID-19 orders.

Gov. Beshear has said he believes the petition is baseless because the Kentucky Supreme Court ruled his executive orders are lawful.

Goforth has been accused of assaulting his wife.

In response to the filing of the petition, Rep. Goforth told LEX 18 he was re-elected in November by a wide margin.

"That's all I know," he said. "I'm here doing my job as the state representative for my district and I'll continue to do so for the term that I was re-elected."