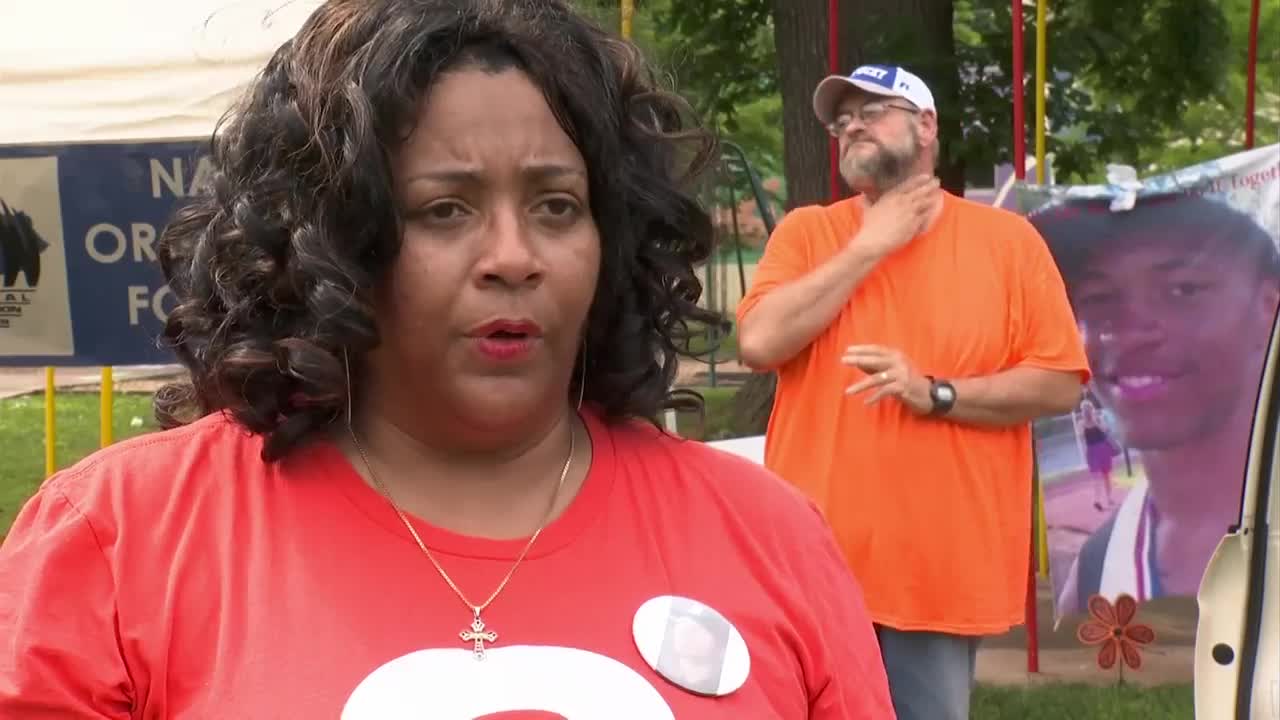 LEXINGTON, Ky. (LEX 18) — Anita Franklin, a Lexington mother who fought for gun control and victims' rights after the senseless murder of her son, has died.

"We appreciate all the kindness and support from everyone," Laneshia Conner and Ricardo Franklin, children of Anita Franklin, said in a statement. "Our mother was loved and respected by many. She wanted to give back to those less fortunate and she loved the neighborhood in which she grew up. She made it her responsibility to make it better for everyone. Please be respectful of the family at this time."

Franklin's son Antonio was gunned down in 2014 in Duncan Park. Police say he was an innocent bystander. Since then, Franklin made it her life's mission to advocate for sensible gun laws.

For years after the anniversary of her son's death, Franklin organized peace walks in Lexington. She encouraged members of her community to alert police if they had information on violence.

Only two weeks ago, Franklin was in Frankfort advocating at the 'Moms Demand Action' rally held at the capitol.

"They messed with the wrong mom this time," Franklin said during a speech.

Local Moms Demand Action leader Lynsey Sugarman called Franklin a friend, saying that she always put others before herself.

“Losing Anita is such a loss to this community. I was devastated, I'm still devastated," Sugarman said. "All of us it's going to take a long time to get over this because she was just one of a kind. She was a force, she was a force. Everyone that met her knew that she was honest, she was passionate, she spoke from the heart.”

A cause of death has not yet been released.

Gov. Andy Beshear released a statement regarding the activist's passing.

“Britainy and I join the entire survivor community in sending our prayers to the family, friends and fellow Survivors Council members of Anita Franklin," Beshear said. "Anita, who served as a member of our Survivors Council in the Office of the Attorney General, dedicated her life to advocating on behalf of survivors of homicide and to seeking an end to violence. She has left a lasting impact on our state and we mourn the loss of such a passionate, tireless community leader."