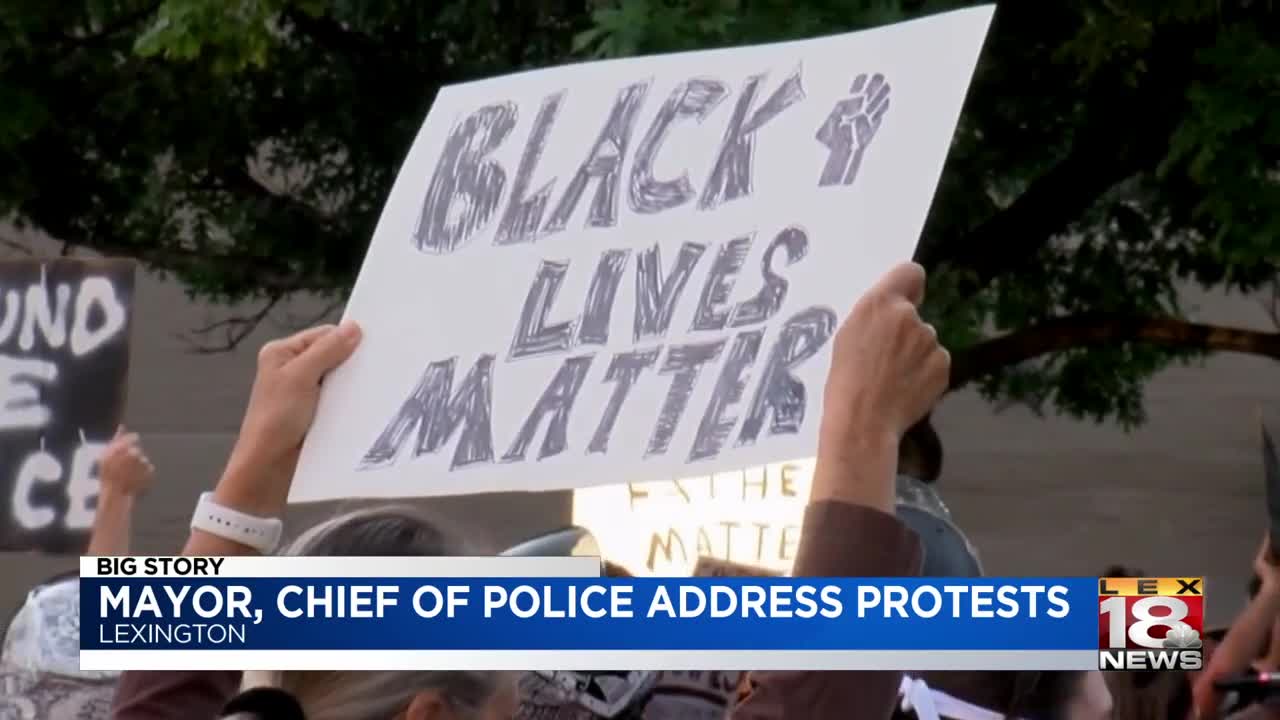 Mayor Linda Gorton and Chief Lawrence Weathers spoke at a news conference and also commended protest organizers who helped keep the peace. Unlike other cities across the country, there were no arrests and no one was hurt during the downtown protests.

Chief Weathers said a lot of young officers handled the pressure well, too. Overall he praised his entire force.

"I'm proud of our officers. As you know, we have many younger officers who haven't been here through to see a lot of things and they rose to the occasion," Lawrene said.

Mayor Linda Gorton says the weekend protests are an opportunity for change. She is forming a group in the near future to improve police-community relations and to recommend possible changes concerning No-knock warrants.

Chief Weathers says no-knock warrants are rarely used in Lexington and require approval from a judge.

Gorton says the group will consist of citizens, court representatives, the faith community, the Urban County Council, and others.

"We want to learn from other cities and from our own citizens," said Gorton.