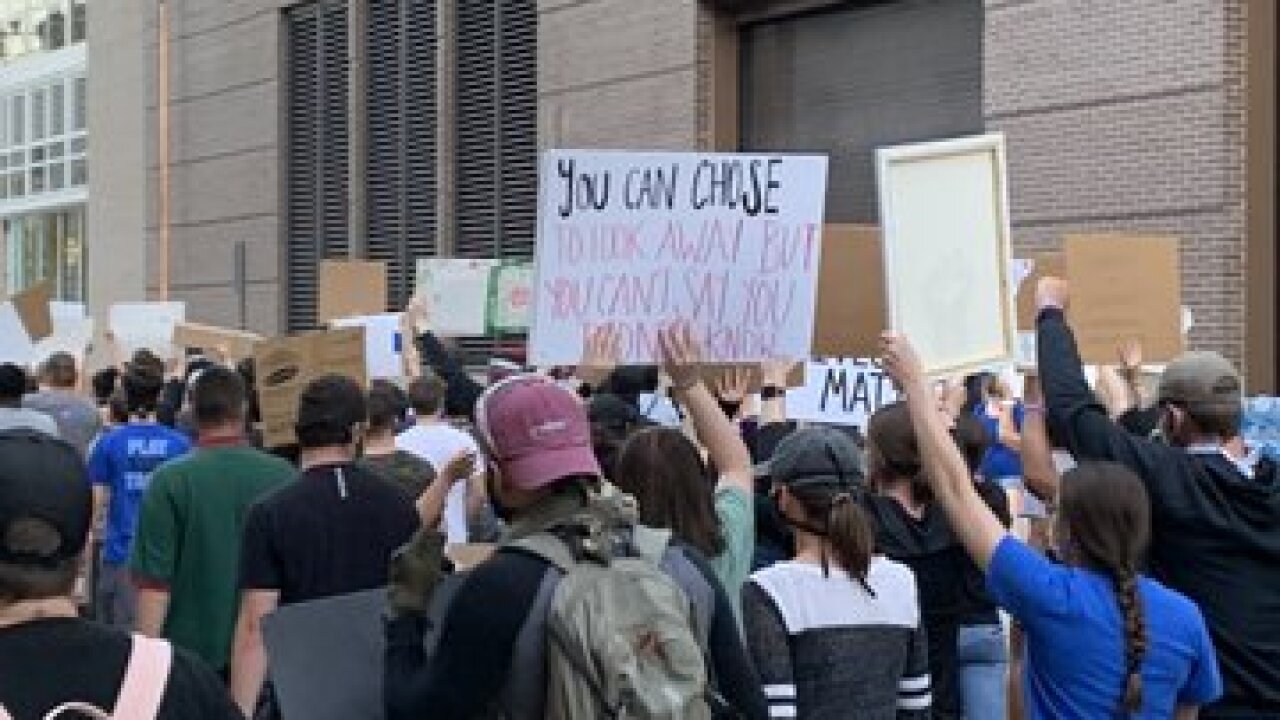 LEXINGTON, Ky. (LEX 18) — Protests are continuing in Lexington for the fifth straight night. The protests are in the wake of the recent deaths of George Floyd in Minneapolis and Breonna Taylor in Louisville.

This is a language warning, but from here on out, assume there may be curse words popping up here and there. People are very passionate. #protests2020 @LEX18News pic.twitter.com/hXW4IbVBvq

On Monday night, police officers kneeled and prayed with protesters. However, an arrest of a protester was made just hours later. As a result, the protesters tonight are accusing police officers of being disingenuous in committing to reform.

Protesters are very upset that officers kneeled with them last night and then made an arrest hours later. Accusing them of being disingenuous in committing to reform. @LEX18News #protests2020 pic.twitter.com/sXJorL6mb9

Protesters also said they are trying to raise money to get 19-year-old Kaulbert Wilson, the protester arrested on Monday night, out of jail.