Runners hit the road for BLM, Lexington to Frankfort for a cause 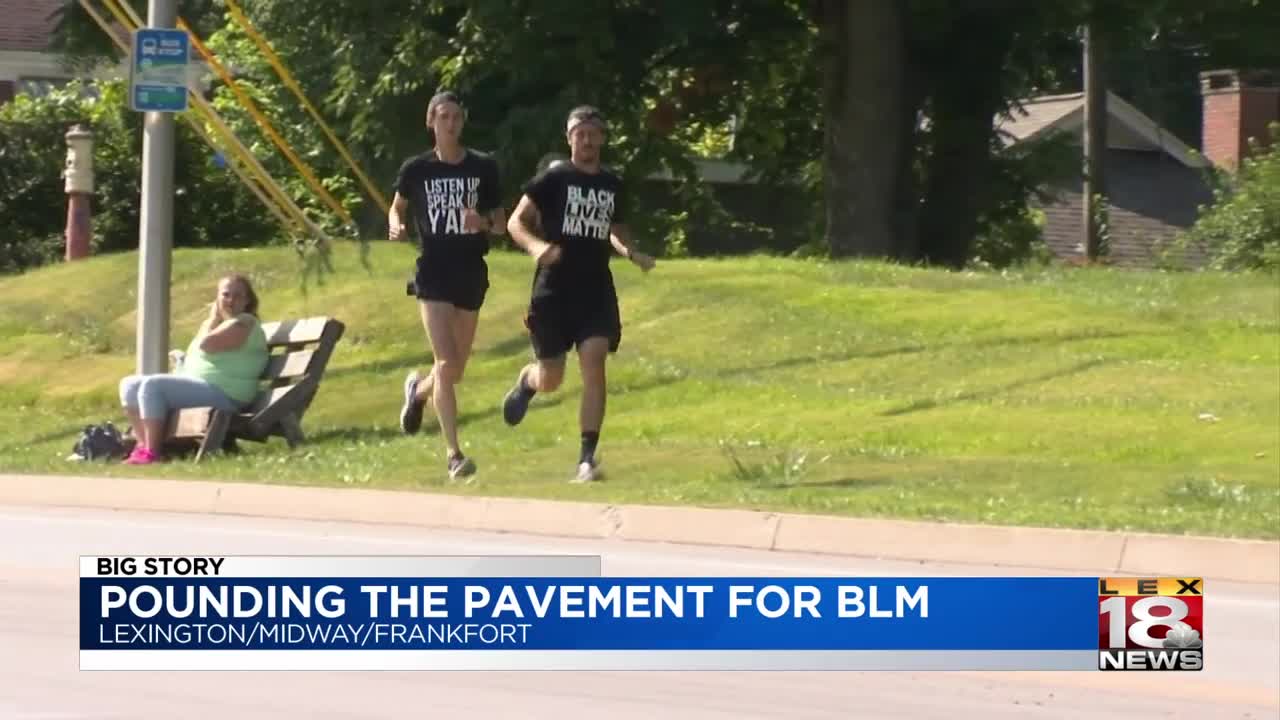 LEXINGTON, Ky. (LEX 18) — Josh Nadzam said he’d probably lose a toenail. It comes with the territory of being a marathon runner. His running partner Gavin Ganales, said, “no amount of fatigue I feel can make up for the years of injustice, they’ve felt.”

The former college cross-country runners set a brisk pace (seven-minute miles) and ran from Lexington to Frankfort in a little more than three hours to raise awareness about the Black Lives Matter movement.

“If there’s one person experiencing injustice, that’s one too many. I can’t just sit there and act like there’s not a problem,” said Nadzam.

Nadzam is a UK grad who now teaches at the university. He said he’s attended as many protests as he could in the last three weeks, and won’t stop moving until the job is done.

“Not knowing the solution, is not a reason to stop trying,” he said after his run.

After catching their breath, Josh and Gavin were greeted by a staffer from the office of Gov. Andy Beshear. They handed him a resolution adopted by Kentucky’s NAACP for the handling of police-involved incidents going forward.

“It breaks my heart to see everything that’s been happening,” Ganales said.

So what’s a broken toenail, or two in comparison?

“We’re going to fix this. I don’t know how, but we will,” Nadzam added.

These two guys will probably do it one mile at a time.