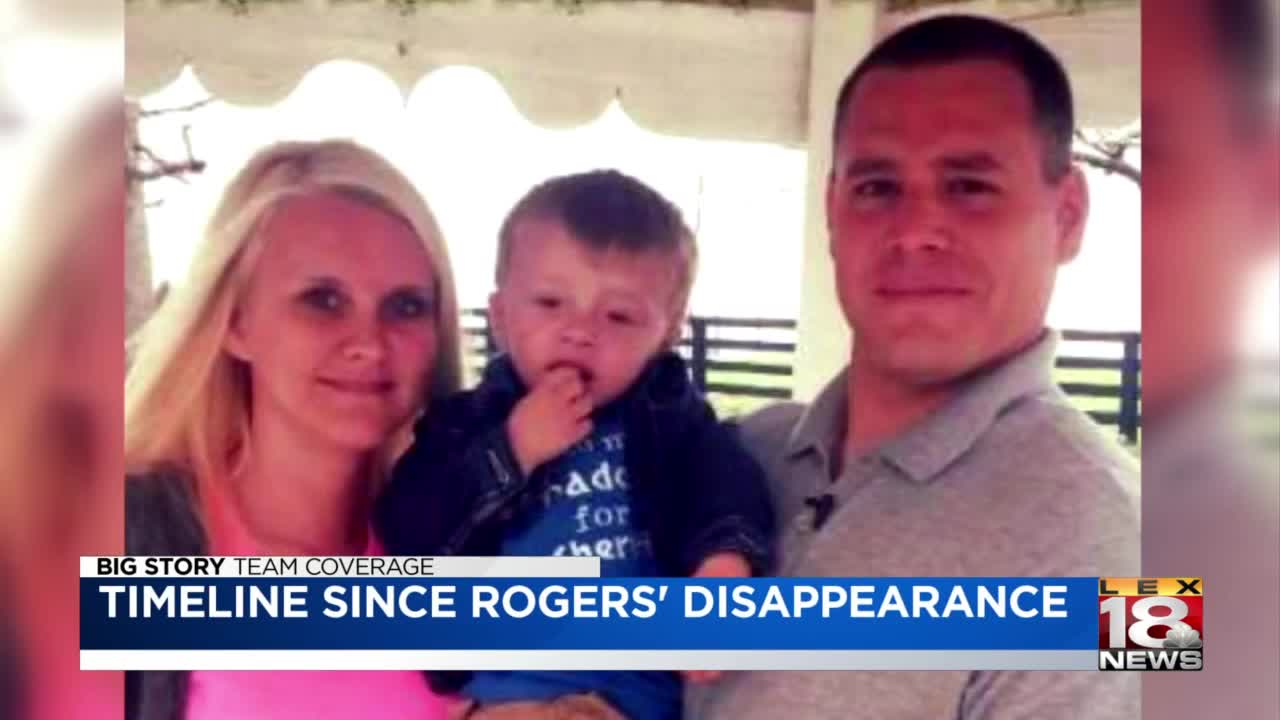 BARDSTOWN, Ky. (LEX 18) — On Thursday, it was announced that the FBI would be taking over the investigation into the disappearance of Crystal Rogers. Below is a timeline of what has happened since the day she disappeared.

Crystal Rogers vanishes. She was last seen at her then boyfriend, Brooks Houck's Bardstown home.

Rogers' car was found abandoned on the Bluegrass Parkway with her purse and cell phone inside, but no sign of the mother of five.

Her mother, Sherry Ballard, believes the car was staged to throw off investigators.

Within days of the disappearance, Bardstown Police interviewed Brooks Houck. In released video of the interview, Houck spoke about how he wasn't alarmed when he woke up and found Rogers no longer at his home. He told police she would go out after midnight with friends.

At one point in the interview Houck talked about raising the couple's then two-year-old son alone.

Brooks Houck's brother, Nick Houck, was fired as a Bardstown police officer after allegedly interfering with the case. In his video interview a detective asked him if he helped his brother do something with Crystal. "Did your brother ever call you and say that he has done something to Crystal?" Nick Houck responded, "No, he did not."

Rogers' father, Tommy Ballard, was shot and killed while hunting on a farm. Her mother, Sherry, has said her husband must have been targeted because he was getting too close to finding the truth about Crystal's disappearance.

"There's no doubt in my mind someone took him from me," said Ballard.

Human remains are found in Nelson County. No further information about the remains has been released yet.

FBI announces it is taking over the investigation into the disappearance of Rogers. On the same day, FBI search three different properties connected to Brooks Houck. Agents took several pieces of property, but no arrests were made.