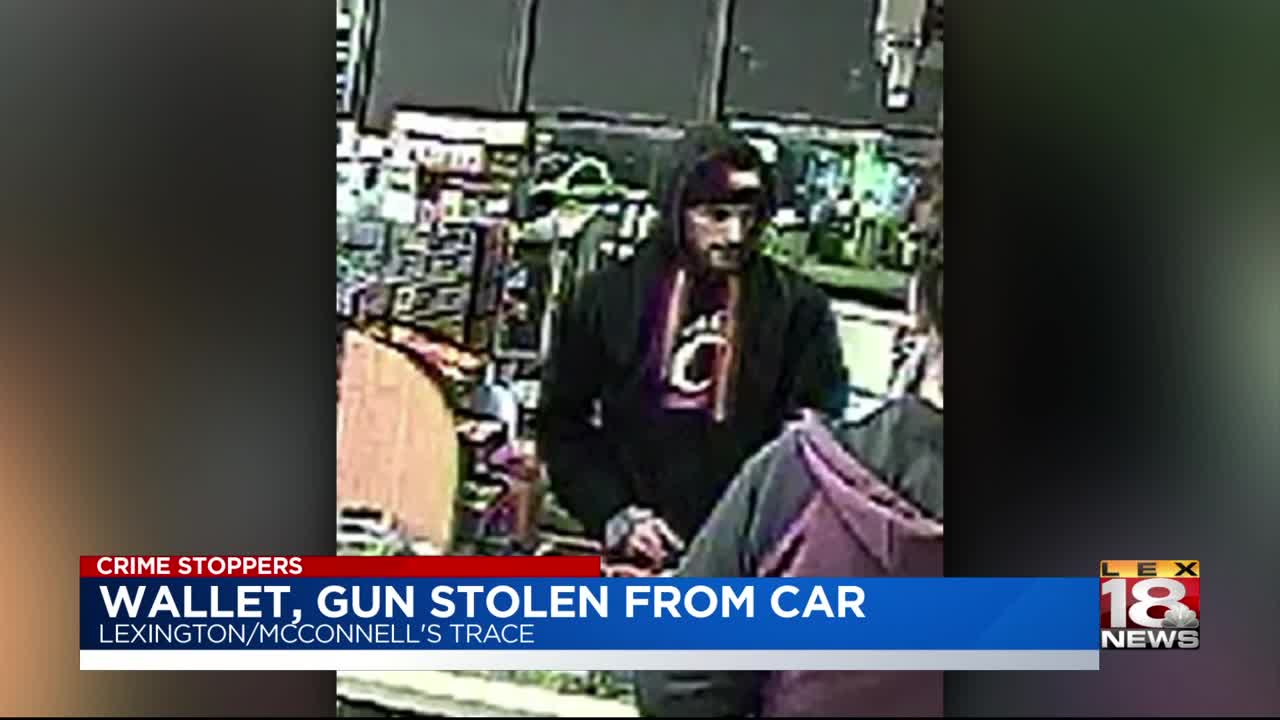 LEXINGTON, Ky. (LEX 18) — The victim gets an “A” for his effort. But as usual, it wasn’t quite enough against the bad guys.

“I do admire the fact that this gentlemen took the time to put them under his seat,” said Detective Mark Thomas with the Lexington Division of Police.

Thomas was referring to the wallet and gun the man had stolen from his car in the McConnell’s Trace neighborhood off Leestown Road. The victim didn’t even know what happened until the bank called to alert him to suspicious activity.

“They said, ‘hey, somebody is out there using your credit cards,’” Thomas said of the notification the victim received.

The person of interest was caught on camera using the stolen debit card at a location in Georgetown. From there, that person headed to northern Kentucky where his spending was tracked in Newport.

“We’ve sent (his surveillance image) to Newport, actually all over Central Kentucky,” Thomas said, while adding that the Newport Police didn’t recognize the man.

The person of interest is also accused of stealing a gun, which was under the seat. It’s valued at roughly $3,500, but that’s not what concerns Thomas most.

“A majority of time they end up being sold on the streets, or traded for narcotics. Then we know they’re being traded into the hands of juveniles,” said Thomas, while adding that the department’s statistics demonstrate that this happens more often than not, when it comes to stolen firearms.

Thomas stressed that you are more likely to have your car broken into, than having someone walk into your home, which is why leaving anything of value in a vehicle is asking, practically begging, for trouble. This is especially the case in the well-manicured parts of the city.

“They’re going to find areas where they think they can score higher end belongings, so they’ll target these higher end areas,” Thomas said.

It’s a crime which has the easiest of solutions: Remove the valuables from your vehicles.

“Put these guys out of business,” as Thomas said.

Crime Stoppers offers a cash reward for information leading to an arrest. Just call the anonymous tip line at 859-253-2020, or text your information to “CRIMES” (274637), and add “LEXPD” to your text message.