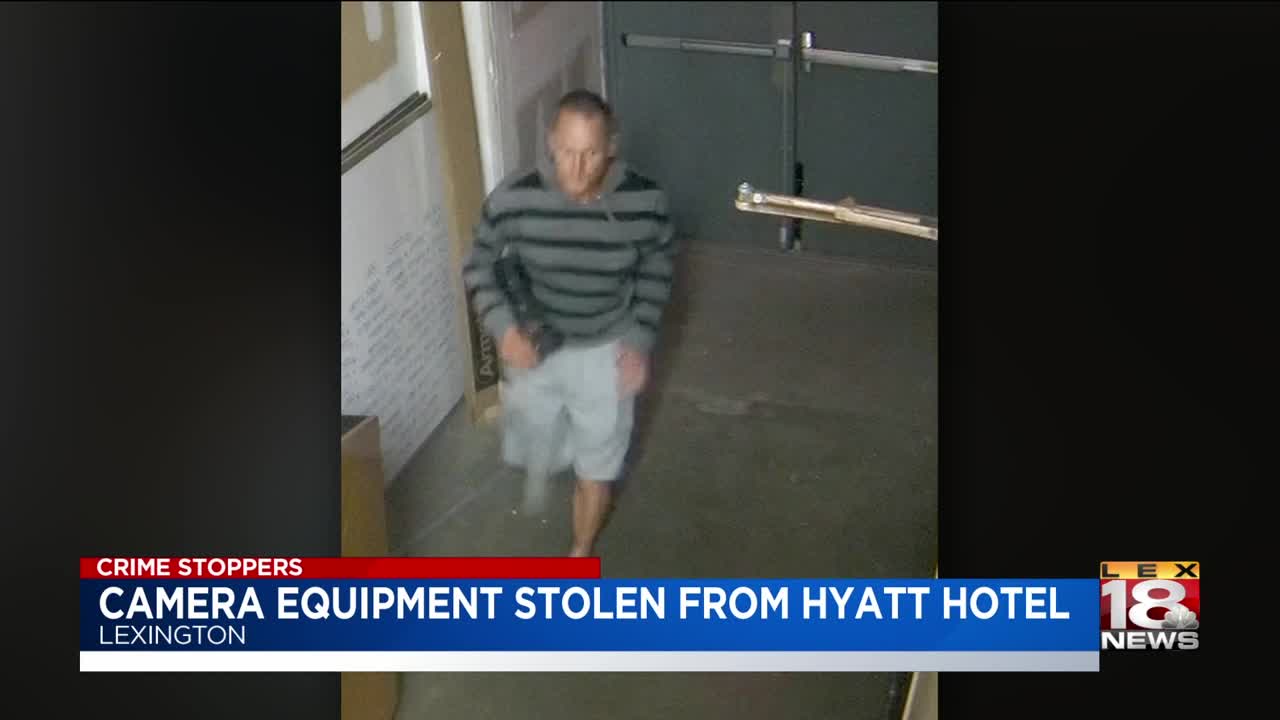 LEXINGTON, Ky. (LEX 18) — Surveillance images were not the kind of pictures this week’s Crime Stoppers victim was hoping for. On the morning of September 13, he had set his gear down inside a ballroom at the Lexington Hyatt Regency Hotel, only to find it had all been stolen when he returned minutes later.

“In this situation, we talking about seven or eight thousand dollars in camera equipment,” said Detective Mark Thomas with Lexington Division of Police.

The victim also lost his income for that day, as he obviously wasn’t able to complete his photo shoot without any gear.

A witness claimed to have seen someone slip through a service entrance, and then hotel cameras caught him leaving through an emergency exit.

“We want to know what he was doing here, and if he’s known in this area,” Thomas said.

Hotel staff members told police they do not recognize their person of interest and police are unsure if he came in for this very purpose, or if he just saw an opportunity. They do know the longer he is on the streets, the more likely it becomes that he’ll make an attempt like this again.

“He could target somewhere else, since he was successful here,” Thomas added.

*Crime Stoppers offers a cash reward for information leading to an arrest. You can leave your tip by calling the anonymous tip-line at: 859-253-2020. You can also text your tip to “CRIMES” (274637) by adding “LEX PD” along with your tip.