Police say the victim is a former student 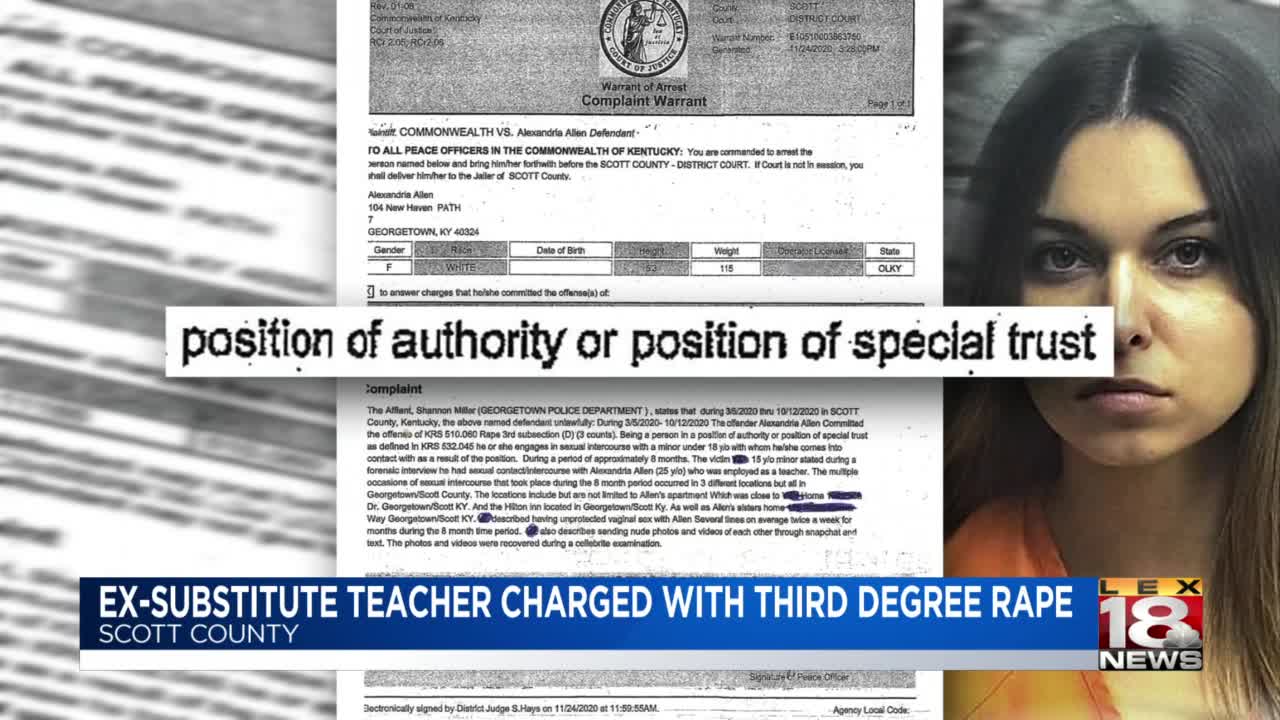 Georgetown police arrested Alexandria Allen, 25, Monday. They say the victim is a former eighth-grade student at the school.

According to the arrest warrant, Allen came into contact with the 15-year-old boy when she was in a position of authority or a position of public trust. Police say in a forensic interview, the teen told them he had sex with his 25-year-old teacher.

His mother reported Allen to police last October when she says she found nude pictures and videos of Allen and her son on his cell phone. She said Allen was his tutor.

At the time, she told LEX 18, "I was disgusted because you're supposed to be helping him, and she wasn't helping him at all."

LEX 18 is not naming the mother to protect her teen son's identity.

The arrest warrant reported that the alleged rapes happened from March to October of last year at three different locations, including the Hilton Inn in Georgetown.

During court, Tuesday, Allen's attorney entered a not guilty plea on her behalf and waived formal arraignment. The judge reduced her bond to $2,500 and ordered no contact with the victim. Allen has no prior criminal record.

Allen is due back in court for a preliminary hearing on February 2nd.

Georgetown police say they are still reviewing other evidence, and additional charges could be filed.