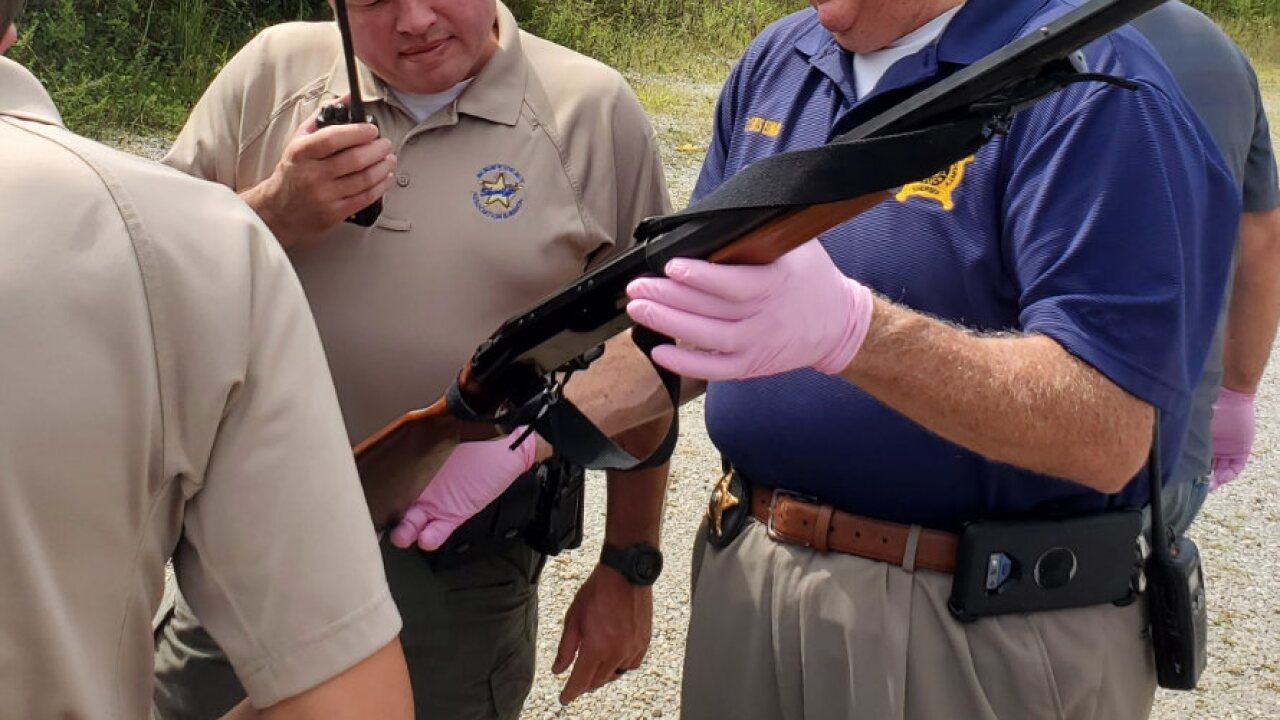 MAYFIELD, Ky. (LEX 18) — A double murder suspect was arrested late Tuesday night and a search warrant revealed that the suspect was armed with several weapons.

Joseph L. Benge, 40, was arrested and is accused of murdering his two parents, Johnny Benge, 69, and Mary Benge, 66, after the two were found deceased in their home approximately five miles east of London. The two died of apparent gunshot wounds. An autopsy is being conducted on Wednesday in Frankfort.

Benge is believed to have fled in the family's white 2015 Ford Taurus and was eventually found in Mayfield, Kentucky. Inside the vehicle, officers there recovered a handgun in the passenger compartment with the accused, two shotguns, a 22 caliber rifle, a handgun, and body armor.

Joseph Benge is being charged with two counts of murder; one count of robbery; one count of theft by unlawful taking over $10,000 – auto. He is being lodged in the Laurel County correctional center.