Christy Morris voted to Fayette County School Board over Will Nash 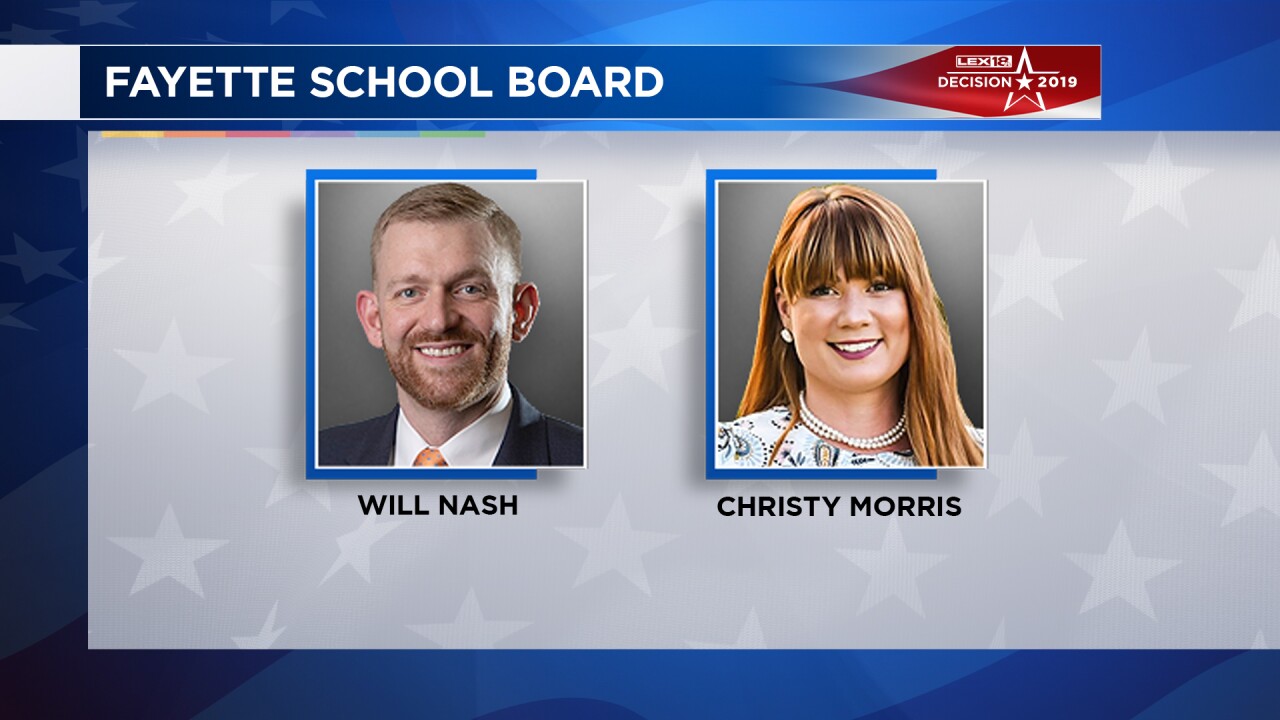 LEXINGTON, Ky. (LEX 18) — Christy Morris has been voted to be on the Fayette County School Board. Her opponent, Will Nash, caused controversy after he received directory information that he used to send unexpected text messages to parents, asking for their support on Election Day.

The texts were received in early October and asked, "Can I count on your vote on November 5th?" Some wrote it off as spam, but others were left wondering how someone had gotten their numbers. Concerned parents reached out to LEX 18, worried their privacy had been breached.

Nash told LEX 18 that he received the items through an open records request. Fayette County Public Schools said that the Kentucky School Board Association gave them the green light and they then emailed Nash contact information for more than 11,000 people. LEX 18 later confirmed that those numbers should have never been given to Nash.

LEX 18 reached out to Morris for her response to the controversy.

"I kept an open mind and I want to believe that our information was not compromised, I really want to stick with that. But, there's enough evidence there that should suggest that we should look deeper into it," said Morris.

The complaint was filed seeking fines and the possible disqualification of Nash from holding a position as a school board member.

A Fayette County parent in District One spoke with LEX 18 before they signed a formal complaint before the Kentucky Registry of Election Finance against Nash and the Fayette County Public Schools. The copy of that complain alleged that Nash's "request of the parent contact data from Fayette County Public Schools constitutes a solicitation of a political contribution." The complaint read that FCPS acknowledged the data should not have been provided to Nash and "furthermore the school district's policies and procedures indicate that this data is not otherwise available to the general public."

The complaint was filed seeking fines and the possible disqualification of Nash from holding a position as a school board member.

Nash drew more criticism after the texts with postcards. Fourteen thousand people in Lexington were sent the card that appeared to be from Fayette County Public Schools, but it was from Nash. The card listed statements about Nash and then directed people to a website asking for their names, email addresses, and to fill out a 10-question survey.

Nash told LEX 18 that the survey was all about getting to know his constituents. A Fayette County Schools teacher, who wished to remain anonymous, said something seemed off. "Why are we deceiving people into feeling like they got a mailer from the school system and now being told. It wasn't from the school system," the teacher told LEX 18. Some were concerned that if they entered their information on the website, it would be used for Nash's campaign.

More red flags were raised over the postal code showing that it was mailed with the district's non-profit code. Nash handed over receipts that he said proved he paid the $4,400 for the mailers. LEX 18's Claire Kopsky called the company that mailed the postcards and asked for a quote on 14,000 mailers. She reported that the quote they gave her suggested Nash saved more than $1,600 in shipping using the district's code.

During a public meeting, the chair of the Fayette County School Board read a statement revealing Nash asked the Board Attorney if he could use the District's postal "preferred" rate. The attorney suggested Nash ask Lexington's postmaster if using the discount was okay. Spires said Nash admitted he went against the attorney's advice and did not ask the postmaster.

He later apologized to the Board.