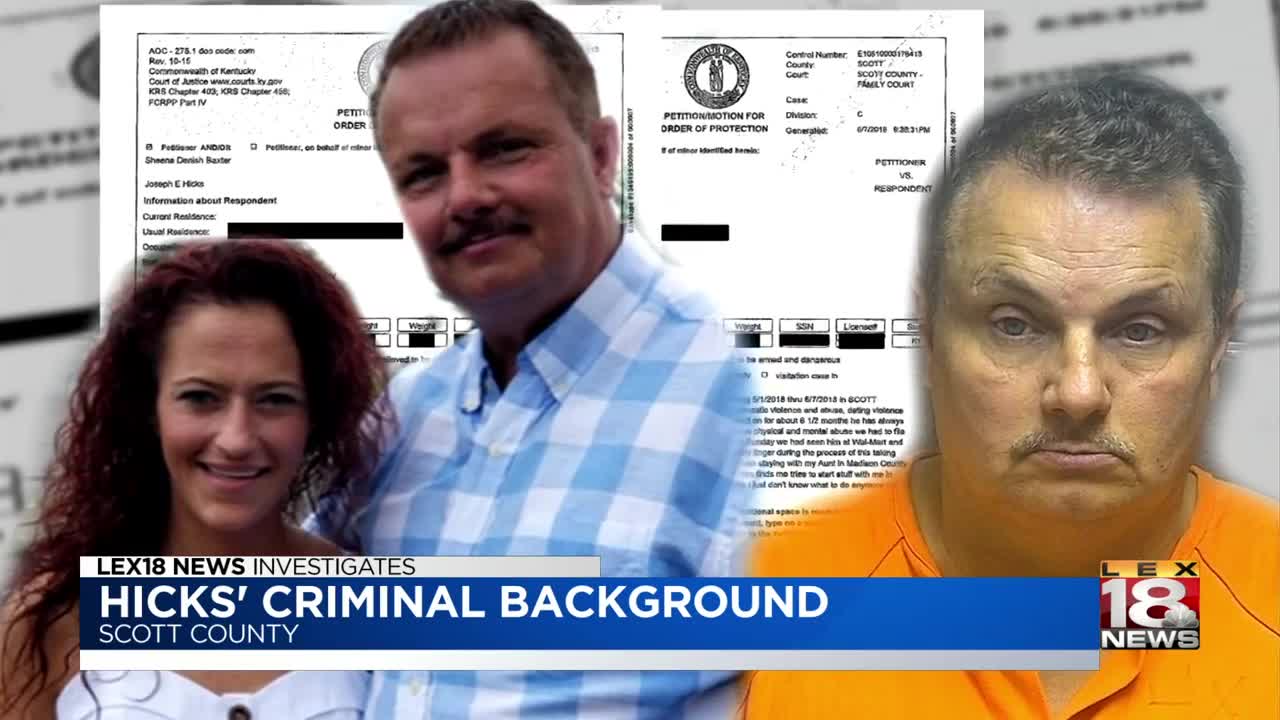 SCOTT COUNTY, ky. (LEX 18) — Joseph Hicks, the Ex-boyfriend of the missing Sheena Baxter, was arrested Friday morning and has a criminal history.

According to court documents obtained by LEX 18, 53-year-old Joseph Hicks was once charged with first degree strong-armed rape in 1998, a charge later amended to first degree sex abuse in Hardin County. Documents show a judge probated him for five years.

In one of the orders from June, 7 2018, Baxter told the courts the two had dated for six and a half months. She reported, "he has always been over controlling he has struck me a couple of time."

In the order she said, "I have to stay out of Scott County just to stay away from him, to keep him from trying anything."

Records show Baxter later requested both protection orders be dismissed, despite saying "I just don't know what to do anymore we have many calls and reports it's just getting worse and worse."

LEX 18 dove into Hicks criminal history and found previous convictions in multiple counties for offenses such as, failing to comply as a registered sex offender, harassing communications and violation of Kentucky EPO/DVO.