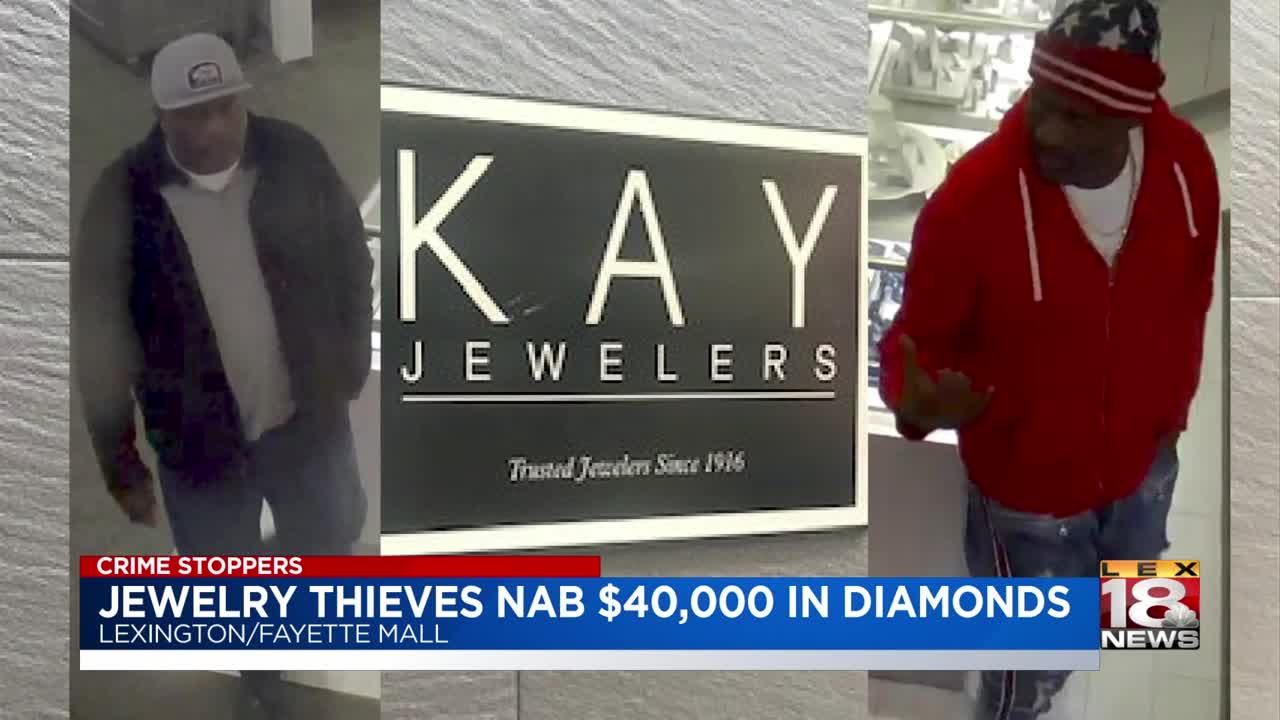 LEXINGTON, Ky. (LEX 18) — It took a couple of thieves mere seconds to steal more than $40,000 in diamond rings and earrings from Kay Jeweler at Fayette Mall last month. Based on surveillance video obtained by police, the pair clearly worked in harmony to pull it off.

“He literally crouches down behind her, reached in and grabs,” said Detective Mark Thomas of the thieves and the unassuming store employee they victimized. “Probably two guys working in tandem, who’ve likely done this before,” he continued.

Thomas also has reason to believe the thieves set out knowing exactly what they wanted.

“You’re not going to go out on the street and get $10,000 in cash for rings. They have to have had pre-designated items that they know they can take somewhere to get a significant amount of cash for those,” Det. Thomas added.

Those items will likely end up in a pawn shop, being sold for pennies on the dollar, but at $40,000-worth of merchandise, the pennies add up. So do the charges.

“We don’t think these guys are going to be locals, but we wanted to get their faces out there, just in case. Or it’s possible they’re still in town because they know someone here,” Det. Thomas said.

Blue Grass Crime Stoppers works with out of county, and out of state jurisdictions on investigations as needed. That’s another reason they wanted to share as much as possible as it relates to this case.

Thomas and other detectives have every reason to believe these two will strike again.

*Crime Stoppers offers a cash reward for information leading to an arrest. Call the anonymous tipline at 859-253-2020. You can also text your information to CRIMES (274637) by adding “Lex PD” to your text.