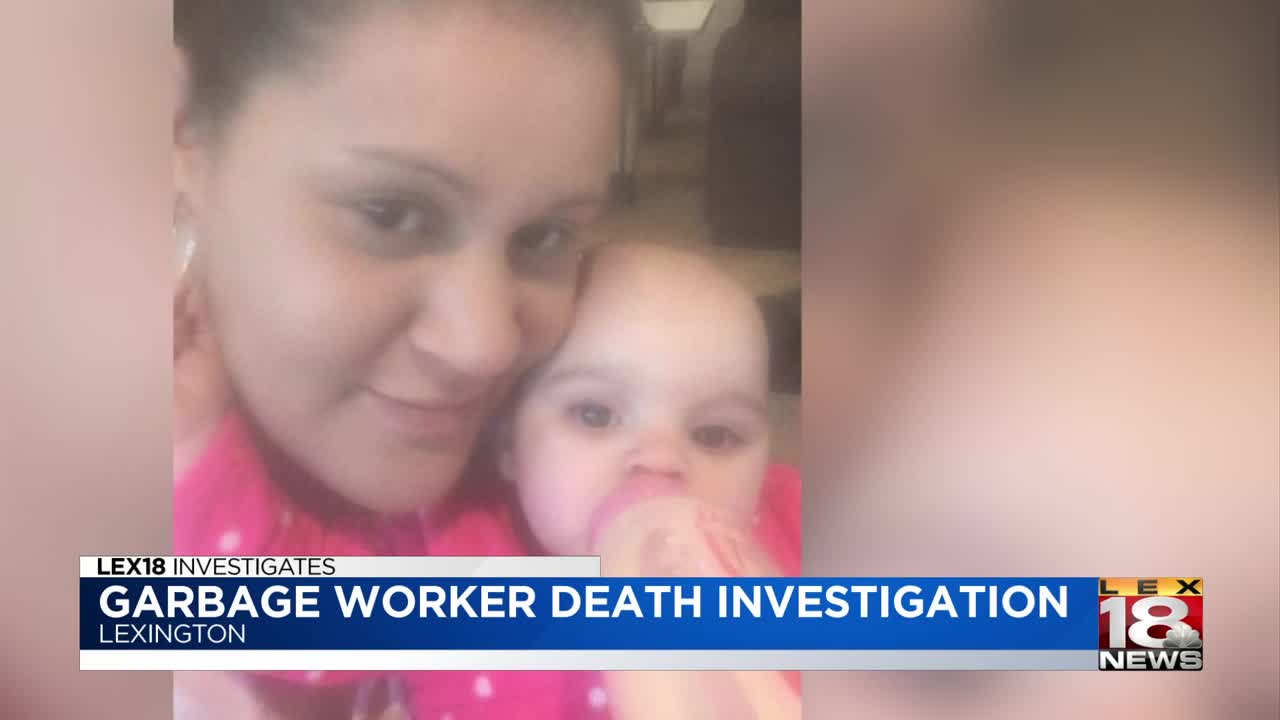 LEXINGTON, Ky. (LEX 18) — In two days, Peggy Roark will attend a small funeral for her daughter, Whitney Gardner. Roark knows many more would like to come.

"She was loved by so many people and if we didn't have the virus, I guarantee I'd probably have 500 people at this funeral." Roark said.

Her nightmare began a week ago Monday March 23. Roark says Whitney, a contracted temporary worker for Labor Works, was on the job with a Lexington sanitation worker picking up trash on a city garbage truck when she somehow fell and hit her head. Gardner, the mother of a two-year-old daughter, died four days later.

"I had to make the hardest decision that a parent could ever make, to pull the plug." Roark said.

The Fayette County Coroner says Whitney Gardner died from blunt force trauma to her head. He calls it a work accident and has asked OSHA (Occupational Safety and Health Administration) to investigate. Aside from not knowing specifically how Whitney died, Roark has more questions. She says no one at Labor Works contacted her about the incident. Instead, she learned about her daughter hours later after repeatedly calling Whitney's phone.

"Her boyfriend said she never came home, so me and him together kept calling, texting. Finally a nurse at UK answered her personal cell phone and says she's in ICU, you need to get down here, she's in critical condition," Roark reflected.

LEX 18 reached out to a spokeswoman for the city who referred all questions to Labor Works. The company provides temporary staffing to the Lexington Division of Waste Management. The general manager of Labor Works says the company is looking into the tragic death and will make changes. Derek Gabriel spoke to LEX 18 by phone on Tuesday. Gabriel offered his condolences to Whitney's family and said he has been 'sick over the whole thing.'

Gabriel said his manager did not know the extent of Whitney's injuries and also didn't know what hospital she went to.

"We had no information to give the mother, other than hey, she got hurt," Gabriel said.

Gabriel says in the future, his managers will keep better track of employees. For now, Peggy Roark is preparing to say a final goodbye to her daughter.

"She was smart, artistic and always laughing," Roark said. "It's a living nightmare, the worst thing a mother can ever go through, especially since she just turned 30 and had so much to live for."

Betts and West Funeral Home in Nicholasville is handling the arrangements.