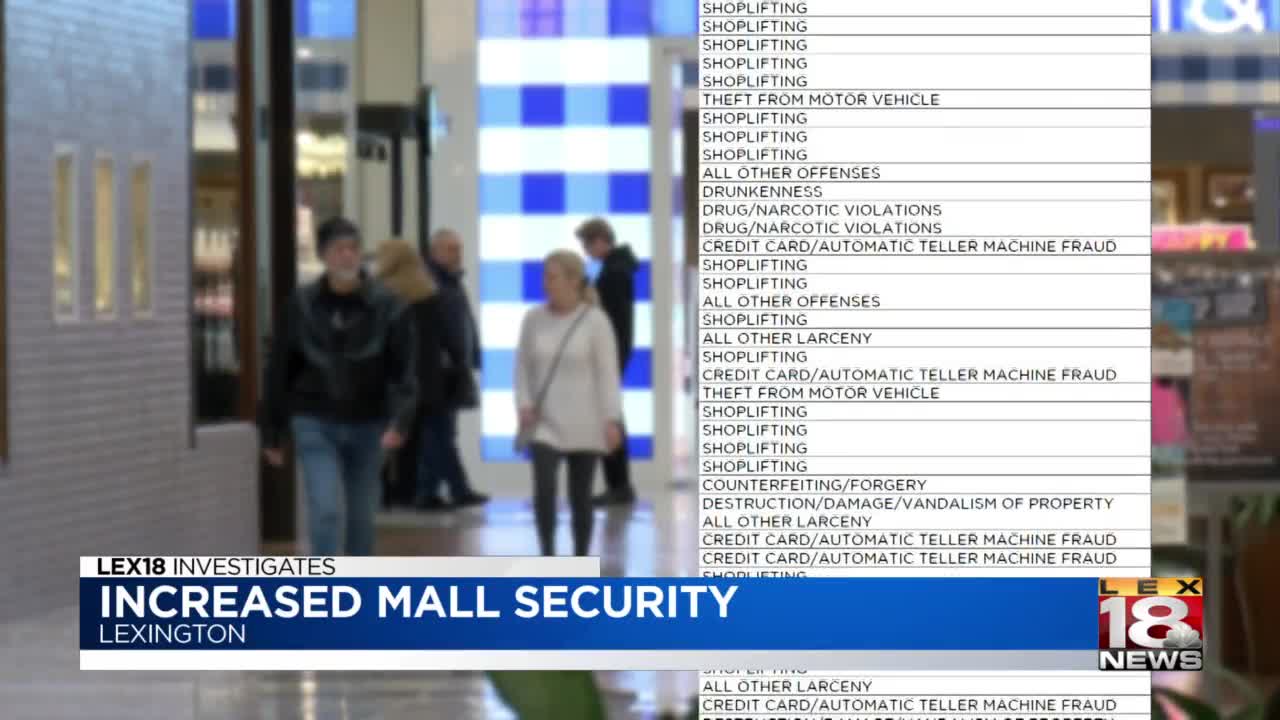 LEXINGTON, Ky. (LEX 18) — Just days after a deadly shooting at Fayette Mall, a new policy has been put in place.

Starting Friday, people under the age of 18 will not be allowed to go to Fayette Mall without an adult with them. Mall owners released an expanded “youth escort policy” during all mall hours every Friday, Saturday, and Sunday.

The policy requires that anyone under the age of 18 must be accompanied by a parent or a guardian who is 21 or older.

The Youth Escort Policy can be implemented at management’s discretion at any other day and time when it is deemed appropriate or necessary by management, security or local authorities.

The policy is in effect for the entire mall except for stores with exterior entrances; including Macy's, Dillard's, Dick's Sporting Goods and JC Penney. The policy includes the walkways and any corridor leading to the mall, however security can ask for identification at any time.

No unsupervised shoppers under the age of 18 will be permitted to congregate in the mall parking lot or exterior common areas.

Shoppers we spoke with today agree with the changes.

"I think that's been needed for a long time and it's needed now it's better than never," said Allison Maldonadl.

According to an open records request by LEX 18, the Lexington Police Department has responded to 115 reports of crime at the mall this year. Most of the crimes involve shoplifting and theft, only a small handful involve violent crimes against people which include the murder of 17 year-old Kenneth Bottoms on Sunday.

The new Youth Escort Policy does not include teenagers who work at the mall, but they must provide a company badge to security.