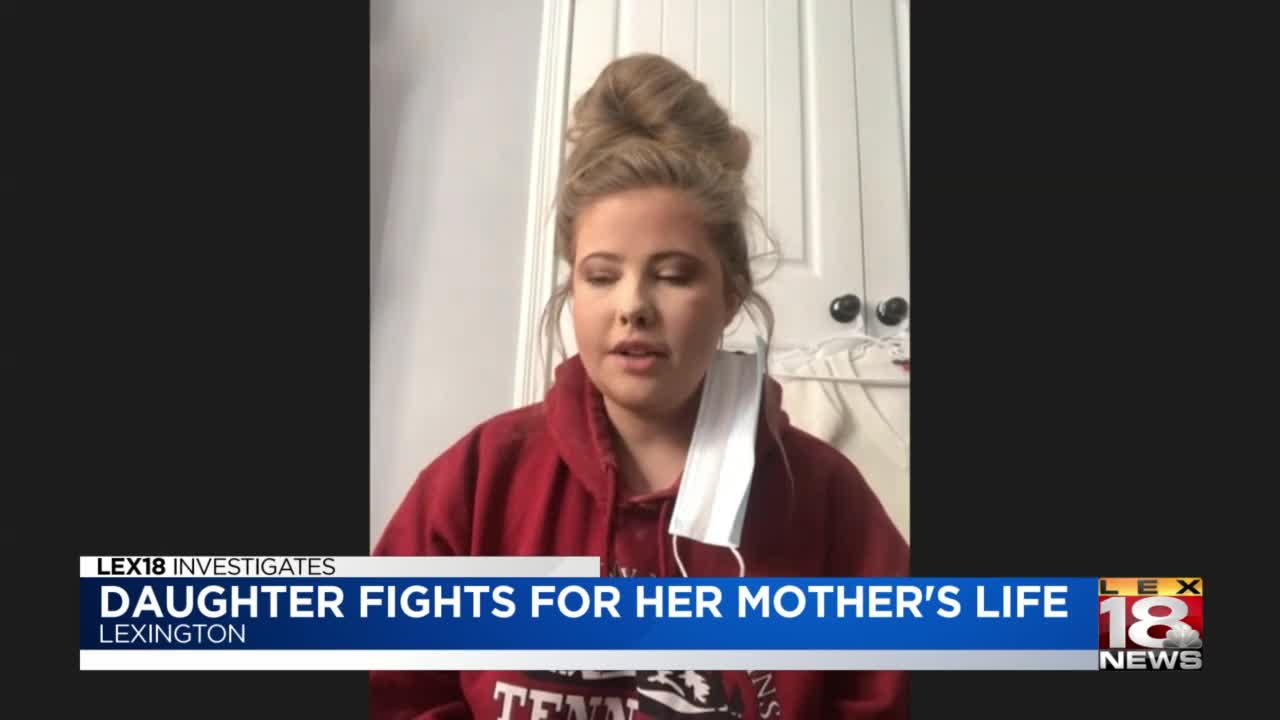 LEXINGTON, Ky. (LEX 18) — Alexis Powell didn't know where to turn, so she went where many of us go when we need to get something done: social media.

"I was very emotional when I wrote those posts," Powell said of her Facebook page.

Powell was frightened after seeing both of her parents receive a COVID-19 diagnosis earlier this month. Her father is home recuperating now, and so is her mother. But it has been and will remain a more difficult battle for her, given her underlying conditions.

"She has Grave's Disease and Hyperthyroidism," Powell said of her mother. Powell believes those issues contribute to a fluctuating heart rate, which has dropped, she says, to dangerous levels at times. Powell said there was one physician at the University of Kentucky's Chandler hospital who even recommended a pacemaker, but she has since learned that won't be necessary.

Because all of that was happening during the hospital stay, and knowing that coronavirus could impact the heart, Alexis asked for her mother to be seen by a cardiologist. But Powell says that request, and her request for an echocardiogram, were denied.

"When I called HOA, they said they didn't think it was emergent enough to where they felt they had to do an echocardiogram on her," Powell said of the UK Hospital administrative office. Powell added that a doctor did suggest that test be conducted once she's released from the hospital.

According to Powell, they also didn't want to send a cardiologist to see a COVID-19 patient due to the risk of exposure and potential transmission to patients outside the hospital. It's a legitimate concern at hospitals everywhere when doctors affiliated with hospitals, but practicing outside them, are needed or requested for a specialty visit.

"I totally get that; we're in a pandemic," Powell said. She just wanted her mother to get the best possible care.

LEX 18 shared her social media posts with officials at UK to see if there was an explanation they could offer. While they couldn't comment on a patient due to privacy laws, they moved swiftly to rectify the situation. Alexis's mother had a virtual visit with a cardiologist today, and on Tuesday, she will meet the doctor for an office visit.

"I am over the moon right now; I'm just so happy that she got care. That was my ultimate goal," Powell gushed.

Powell said her mother would receive a monitor to track her heart rate, and from there, further decisions about her care can be made.