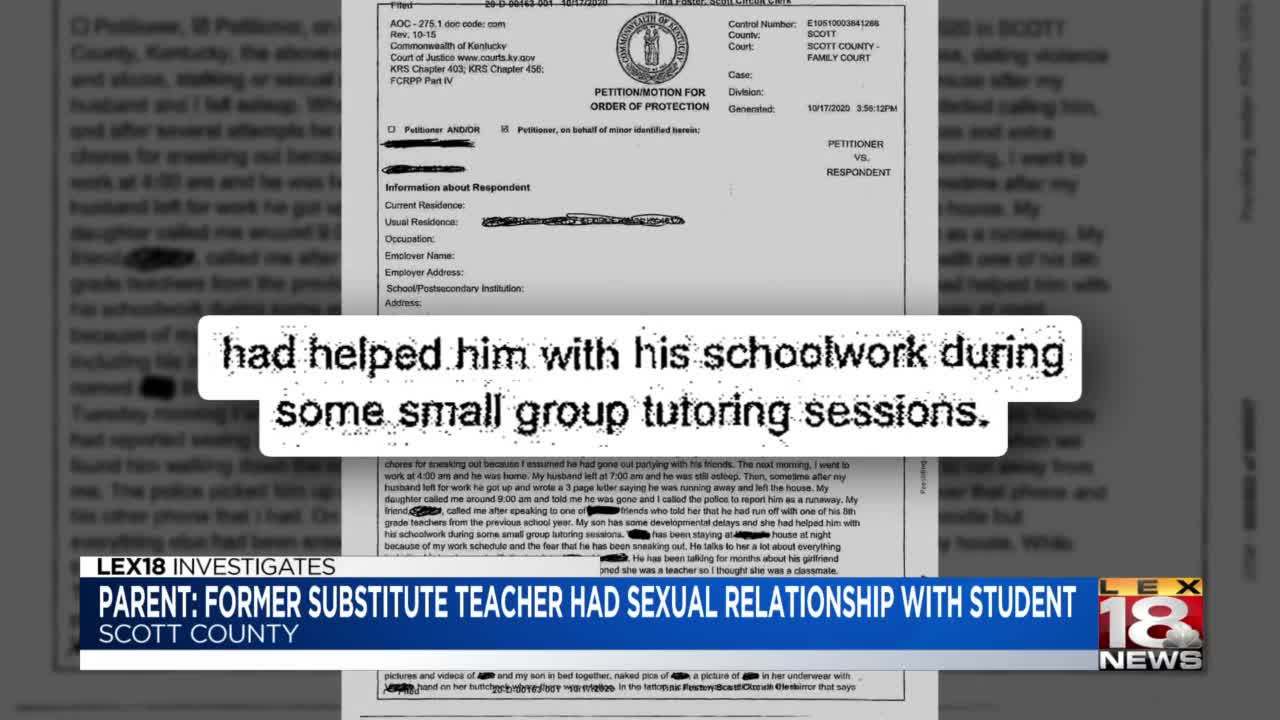 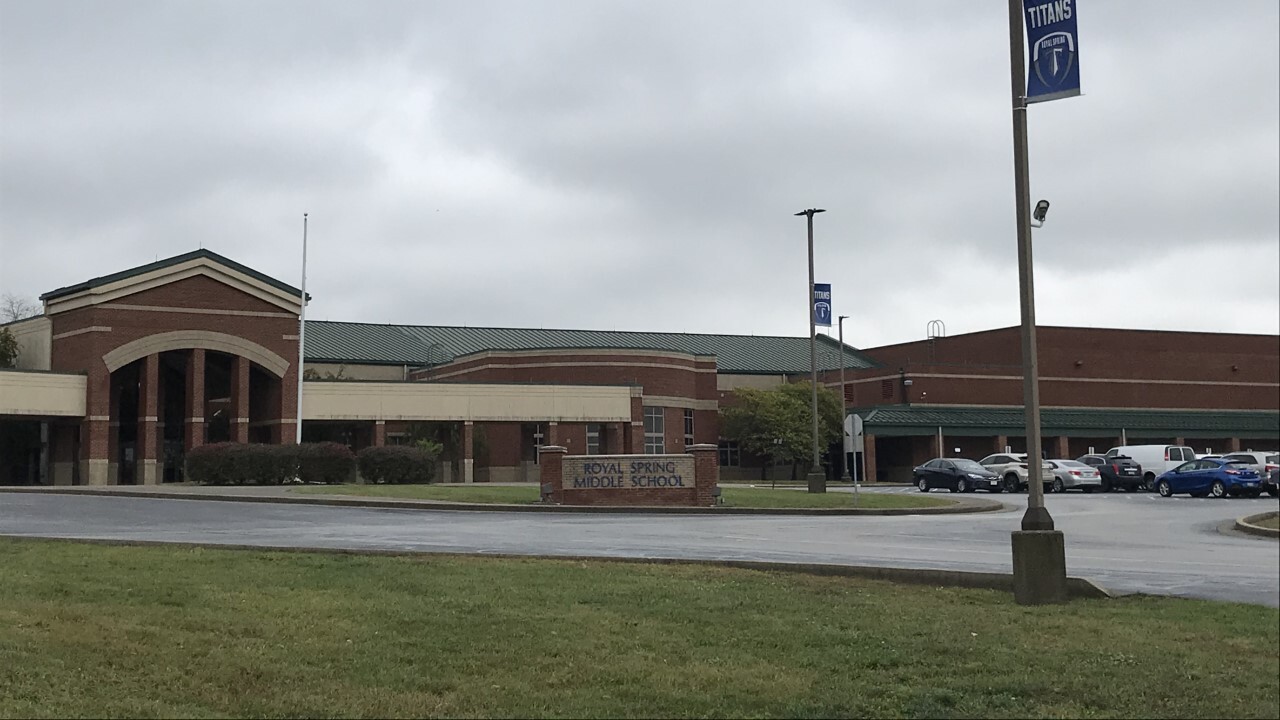 GEORGETOWN, Ky. (LEX 18) — A Scott County mother says a former substitute teacher had an inappropriate relationship with her 15-year-old son. She claims it started when he was an eighth-grader at Royal Spring Middle School and lasted from April through mid-October of this year.

To protect her son's identity, we are not releasing the mother's name. She filed a protection order against the woman, telling police she learned about the alleged sexual relationship after finding "graphic pictures and videos" on her son's cell phone.

"There are about fifteen pictures; not all are naked. I know there's about four or five videos of them laying in a bed in a motel room," said the parent. She told police one photo showed the woman in her underwear.

The mother says the former substitute teacher was tutoring her son, who has some developmental delays. Georgetown Police are investigating the allegations. The woman has not been charged.

Tuesday afternoon, Scott County schools said the woman in question served as a student-teacher at the school in the fall of 2019, then was hired as a substitute teacher and most recently worked as a long-term sub through May of 2020. A district spokeswoman says she remains employed but cannot work in schools while the investigation continues.