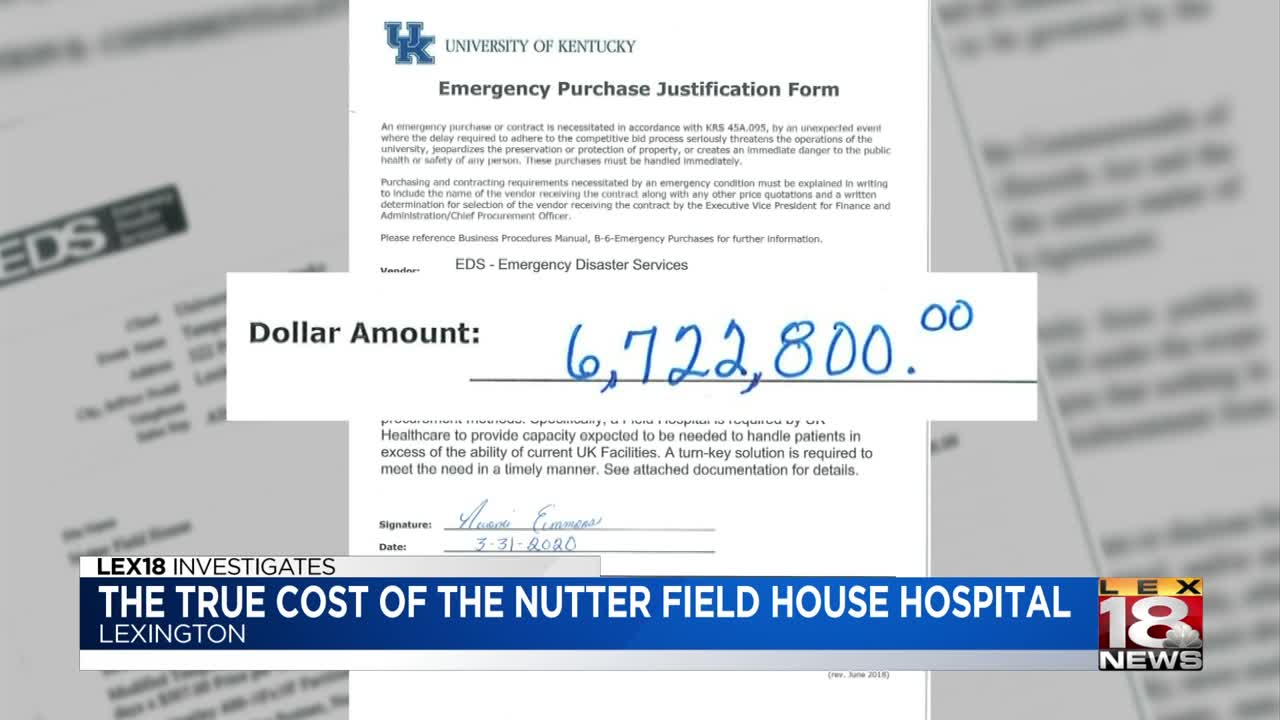 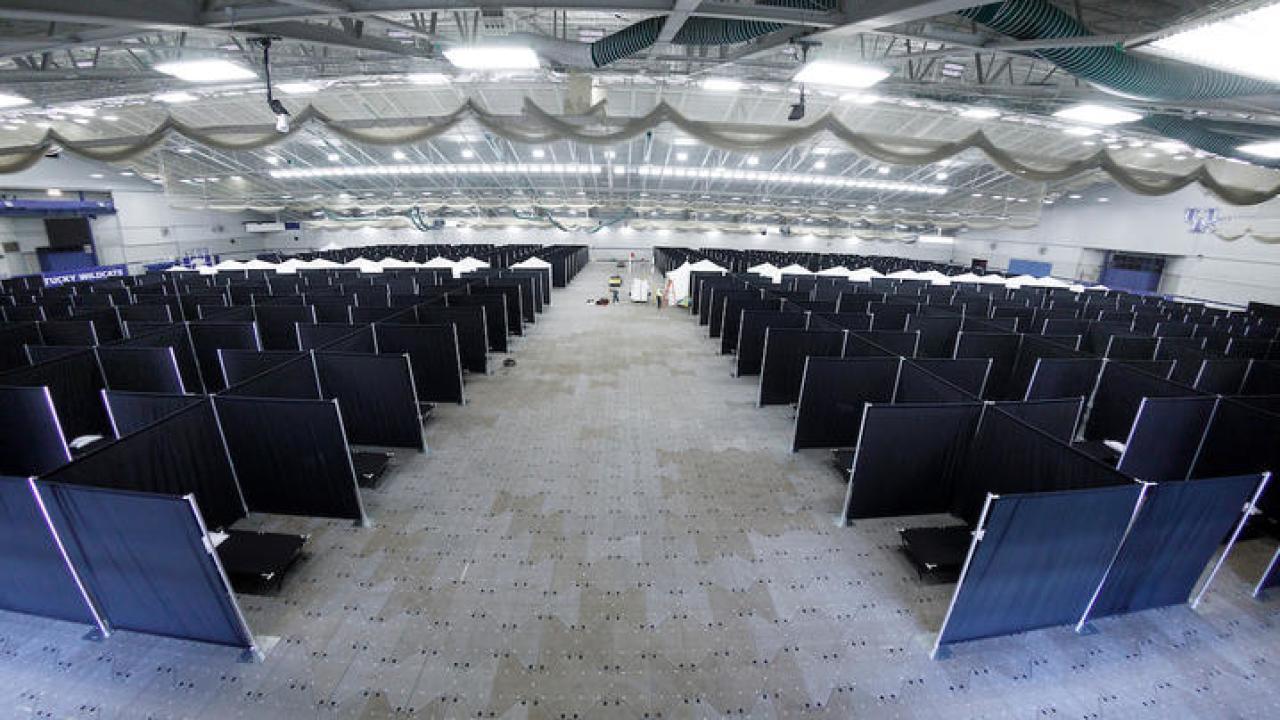 LEXINGTON, Ky. (LEX 18) — Gov. Beshear has said since day one of the COVID-19 pandemic that he wants Kentucky prepared. His message shared consistently in his daily news conferences. "Regardless of how many cases we get, there will be help for everyone," said Beshear.

On April 2, The University of Kentucky Hospital signed a contract to build a 400-bed hospital at the Nutter Field House, UK Football's indoor training facility. The cost of the "just-in-case" hospital that has not been used? $6,722,800.00, according to the university, after LEX 18 filed an open records request.

Dr. Mark F. Newman, Executive Vice President for Health Affairs at UK, said: "We wanted to be able to work, prepare and train for it, use before we needed it."

UK officials say they sought bids for the field hospital but chose Lunergan's company because EDS could do everything and quickly. UK spokesman Jay Blanton said the other companies would have had to contract some of the services, which would take longer.

UK is currently asking reimbursement from FEMA, which has received the request but made no decision.

Under the contract, the nearly $7 million cost could increase by another $1.6 million if the field hospital remains in place past the 30-day window. The deadline is Saturday, May 9.

UK officials say they have not decided when the field hospital will be taken down. They tell us they're watching the number of COVID-19 cases, but could make a decision soon.

No doubt, the field hospital comes with a hefty price, but Governor Beshear says the alternative could cost lives. "If at the end of the day we didn't need it, thank God. It means we've done better in this pandemic than we could've hoped for."

Editor’s Note: In an earlier version of this story, we reported that Jerry Lundergan owns Emergency Disaster Services. We need to clarify, Lundergan was the founding owner of the company and has no interest in EDS. According to the secretary of state website, his family still runs EDS.

Read the detailed contract, obtained through an open records request, below: