UNITY and not DIVISION: Driver and sheriff unite after traffic stop 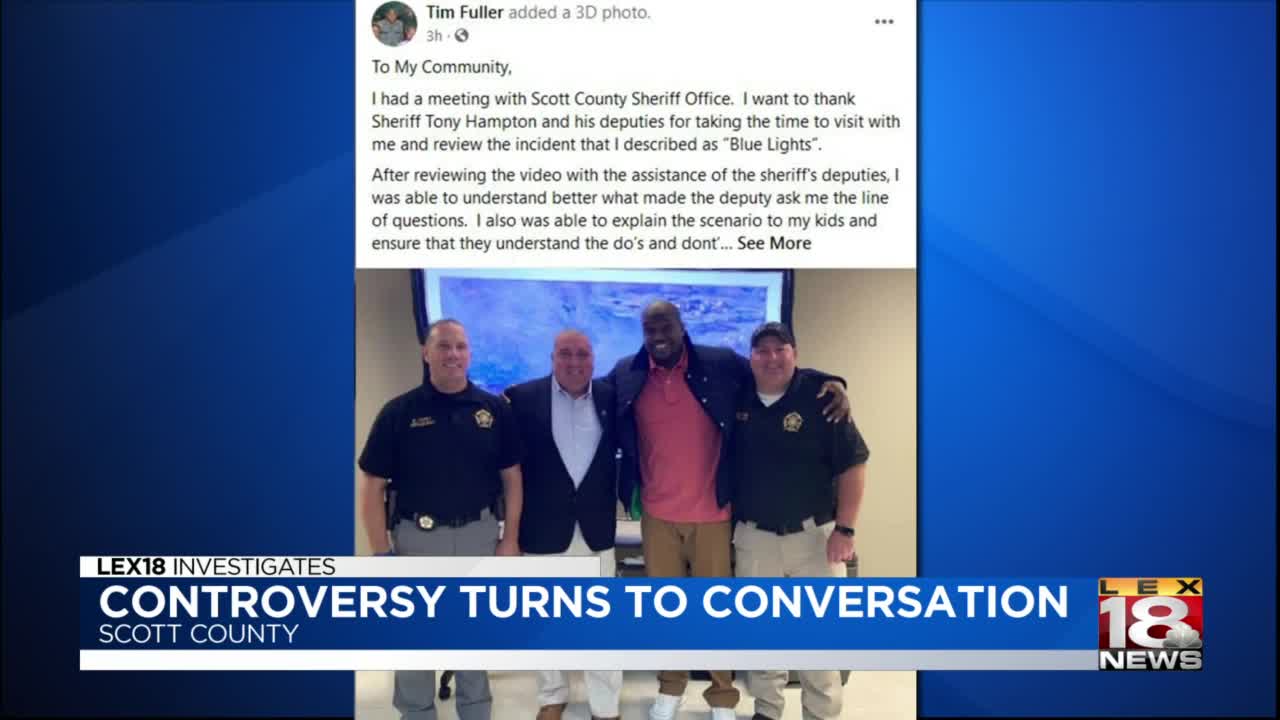 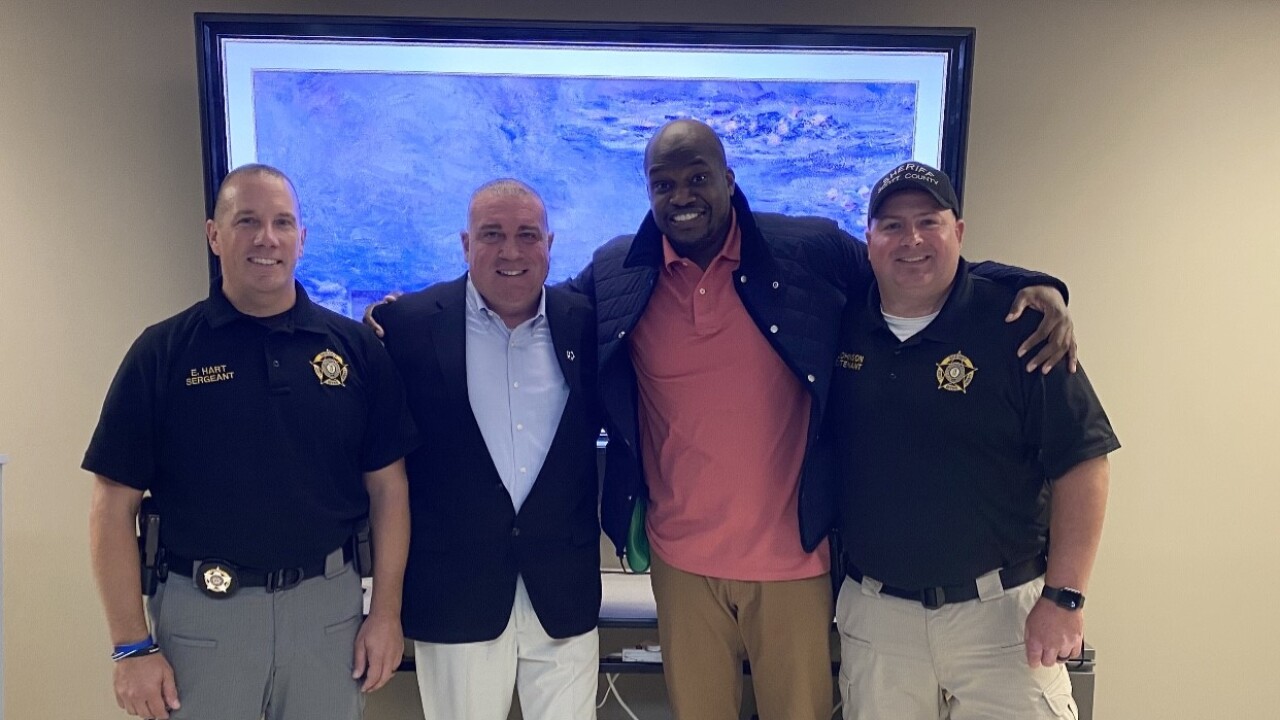 GEORGETOWN, Ky. (LEX 18) — Over the weekend, a local assistant basketball coach took to Facebook to express his frustration and concerns after a traffic stop Friday evening. Tim Fuller wrote about how he interpreted questioning from a Scott County sheriff's deputy. In his post titled, 'The Blue Lights' Fuller described the encounter and how he felt when the deputy kept asking him questions about where he lives. He wrote, 'With my son in the car man - all I'm asking is not to be treated less than... Forget equal because that's a far cry..." Fuller ended his post by saying turn signal or a skin tone.

”THE BLUE LIGHTS” The Incident: Two Scott County Sheriff Officers Pulled Up Behind Me As I Turned Into My Neighborhood...

Fuller's post received lots of feedback from many who understand his impression of the stop and from others who defend the deputy's actions. LEX 18 reviewed the Scott County Sheriff's Department's bodycam footage of the stop. It begins with a deputy walking up to Fuller's car and informing him he was pulled over for not using his traffic signal. The stop lasted approximately six minutes from start to finish.

Scott County Sheriff Tony Hampton responded to the criticism on the department's Facebook page writing, 'The legal traffic stop was a legal traffic stop for a violation of Kentucky Driving Laws. These traffic infractions, even minor ones, can lead to deputies finding impaired drivers.' Hampton ended his post by saying, 'No law enforcement officer in Scott County makes traffic stops for anything other than traffic violations, never for the color of skin.'

The Scott County Sheriff’s Office was made aware of a social media post from Saturday that makes several allegations...

Monday afternoon, the communication went from the keyboard to a face-to-face conversation.

"Mr. Fuller did reach out to me this morning with a text message," said Hampton in an interview with us late on Monday.

The two met privately and discussed the very public conversation of race not only taking place in Georgetown, Kentucky but across the country. In the end, Hampton and Fuller took a picture together at the basketball coach's request.

On Fuller's Facebook page Monday evening, he said after watching the video himself, he understood the line of questioning and was able to explain the scenario with his children. He wrote that he believes in unity not division. Sheriff Hampton says he couldn't agree more and wishes others would follow Fuller's lead if they have concerns about the sheriff's department.

"What I've learned is you can pull a positive out of a negative," said Hampton. "Especially with the current climate we can show in our community that we can come together, come to a resolution where everyone thinks it's handled appropriately."

You can read Fuller's full statement below:

I had a meeting with Scott County Sheriff Office. I want to thank Sheriff Tony Hampton and his deputies for taking the time to visit with me and review the incident that I described as ”Blue Lights”.

After reviewing the video with the assistance of the sheriff's deputies, I was able to understand better what made the deputy ask me the line of questions. I also was able to explain the scenario to my kids and ensure that they understand the do’s and dont’s when pulled over by the police.

As a coach of 20+ years - I always tell our players...”Film Don’t Lie” - and I'm thankful for the body cam review to get a detailed portrayal on the night’s events.

I believe in bringing about UNITY and not DIVISION. For the many people that came to my side with comments, I'm thankful for your support. At the time of the post, I felt as if I didn't have an explanation for the line of questions from the officers.

I have grown to love and respect the people of Scott County and have friends and coworkers that have embraced me and my sons tighter than any place I've resided. I am better for experiencing this and have been able to visit expeditiously with Sheriff Hampton and his deputies.

I hope that the positivity of this post gets 10x the reaction of the initial Blue Lights post. Social Media is a powerful tool and words have to be chosen carefully. I look forward to being a vessel of unity in our community and helping to increase the understanding of protocol and interaction with law enforcement.

To My Community, I had a meeting with Scott County Sheriff Office. I want to thank Sheriff Tony Hampton and his...