What has the Brent Spence Bridge reminded us about the Clays Ferry Bridge? 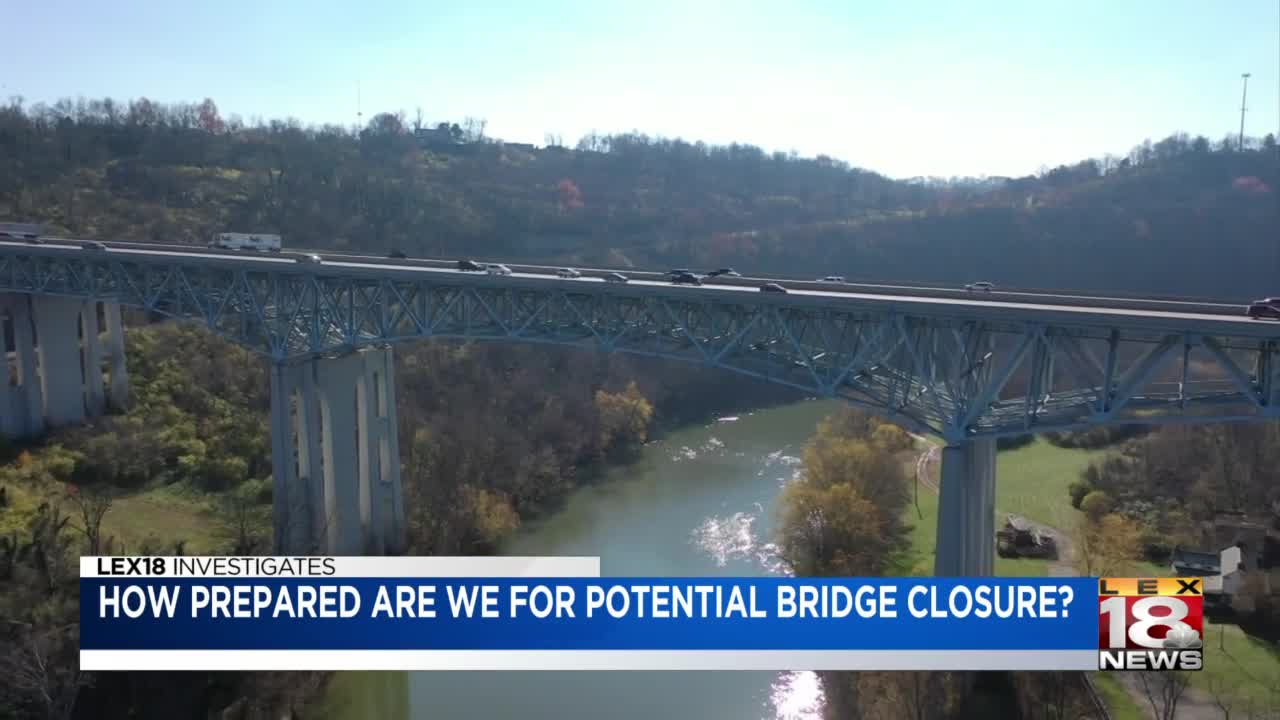 MADISON COUNTY, Ky. (LEX 18) — Kentucky Transportation officials now say it could be weeks before the Brent Spence Bridge reopens near Cincinnati after this week's fiery crash. It's no doubt an inconvenience for motorists; however, interstate 2-75 is an alternative to get to I-75 and I-71.

What would happen if a significant closure shut down one or both sides of the Clays Ferry Bridge? Commuters and truckers say it would be a nightmare traveling north and south on I-75.

"There needs to be a plan B, there does," said Louisville truck driver James Browning who drives the interstate regularly.

It is estimated that around 70,000 people drive over the bridge daily. Where would all those vehicles go if the bridge was closed in both directions for an extended period?

"When you're talking about that traffic count a day, you have to keep them on some bigger roadways," said Madison County Judge/Executive Reagan Taylor. "There would be no question it would make for longer commutes."

Driving north or south to get to a main highway such as I-65, I-64, and the Cumberland Parkway would be difficult.

Taylor said there is an I-75 Diversion Plan for the counties along I-75 near the bridge. It was developed in 2013 for a chemical weapons emergency at the Blue Grass Army Depot. It involves blocking exits and routing traffic with state and local law enforcement.

Emergency management officials say the plan would work in the case of a bridge closure, as well.

Taylor says it's always good to prepare and tweak plans based on what can be learned from the Brent Spence Bridge closure.

"I think when things like this happen at the Brent Spence Bridge, it helps us make sure we're not being reactive," said Taylor.