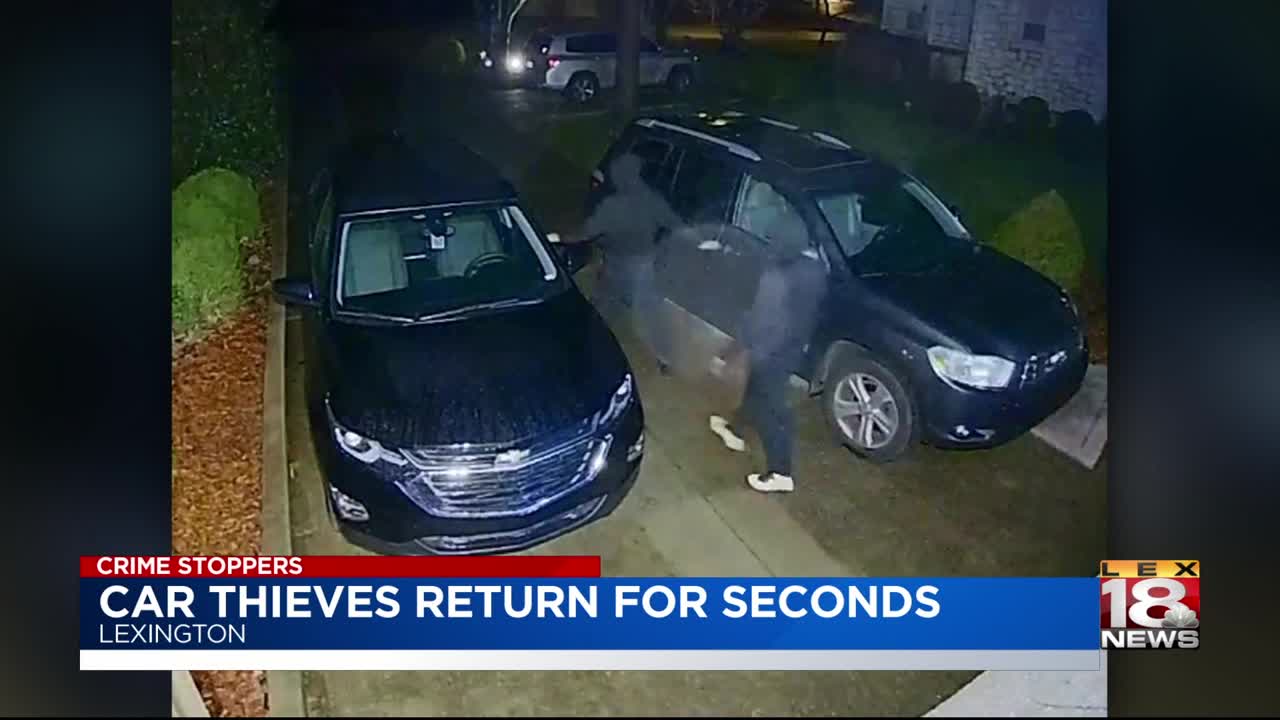 LEXINGTON, Ky. (LEX 18) — Two men, who police believe live in Lexington, made one successful attempt at stealing a car, and then came back for a second attempt one week later.

“We believe they came back to look in the same car, or to steal it again,” said Detective Mark Thomas from the Lexington Division of Police.

Thomas said the car was recovered by police one day after the original theft, but the keys were not found. Nothing of value was left inside the car when the two persons of interest returned, and the car was boxed into the driveway, making it impossible to drive off with.

Now police are hoping surveillance images from the homeowners’ security system, or the tendencies of the persons of interest will help lead them to making arrests.

“These guys will talk about the crimes they commit, we see that frequently,” Thomas said. “So we’re hoping their friends want a little extra cash, and will give us a call and say ‘hey, this is the person you might want to look in to.’”

Thomas said police were able to lift a few finger prints off the vehicle, but not enough to move forward with charges, or an arrest.

According to police, the vehicle’s owner may have accidentally dropped the keys by the car, making this an easy score for the persons of interest who were clearly scouring the neighborhood in search of this type of vulnerability.

Already facing felony theft charges, now trespassing, among other charges, could be added for the return visit once these two are located.

Crime Stoppers offers a cash reward for information leading to an arrest. Just call the anonymous tip line at 859-253-2020, or text your information to “CRIMES” (274637), and add “LEXPD” to your text message.