Patrick was OVC Defensive Player of the Year 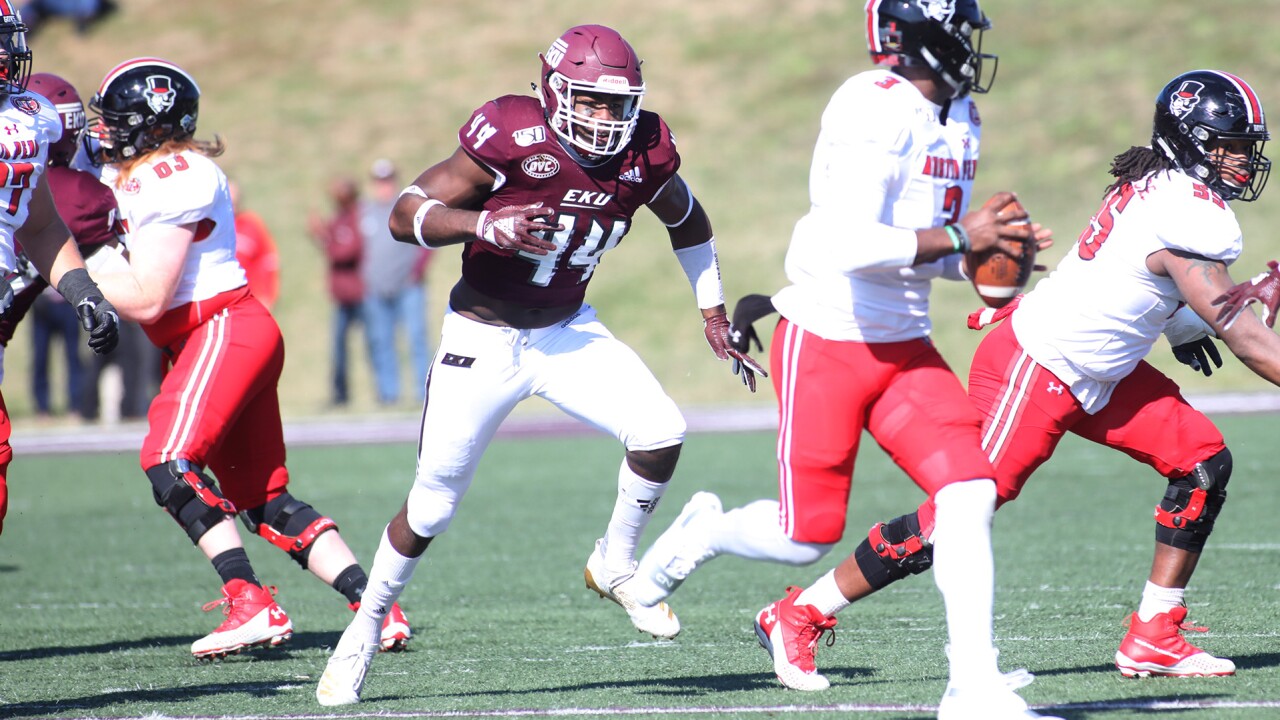 The defensive lineman from Dayton, Ohio has been named to the 2019 Walter Camp Football Championship Subdivision All-America Team.

Patrick was the 2019 Ohio Valley Conference Defensive Player of the Year and a finalist for the 2019 STATS Buck Buchanan Award, the FCS national defensive player of the year award. He was also a first team All-OVC selection by coaches and communications directors.

Patrick finished his career with 27.5 career sacks, second-most in EKU history, and just 1.5 sacks away from tying school record of 29.0. He concluded the season with 52 tackles, including 16.5 tackles for a loss and 10.0 sacks, forced three fumbles and had one interception. Patrick led the OVC and ranked 11th in the nation with 0.83 sacks per game. He led the conference, and was 26th in the country, in tackles for a loss (1.4/game). The 6-foot-4, 245-pound defensive end was third in the league, and 21st in FCS football, in forced fumbles (0.25/game).