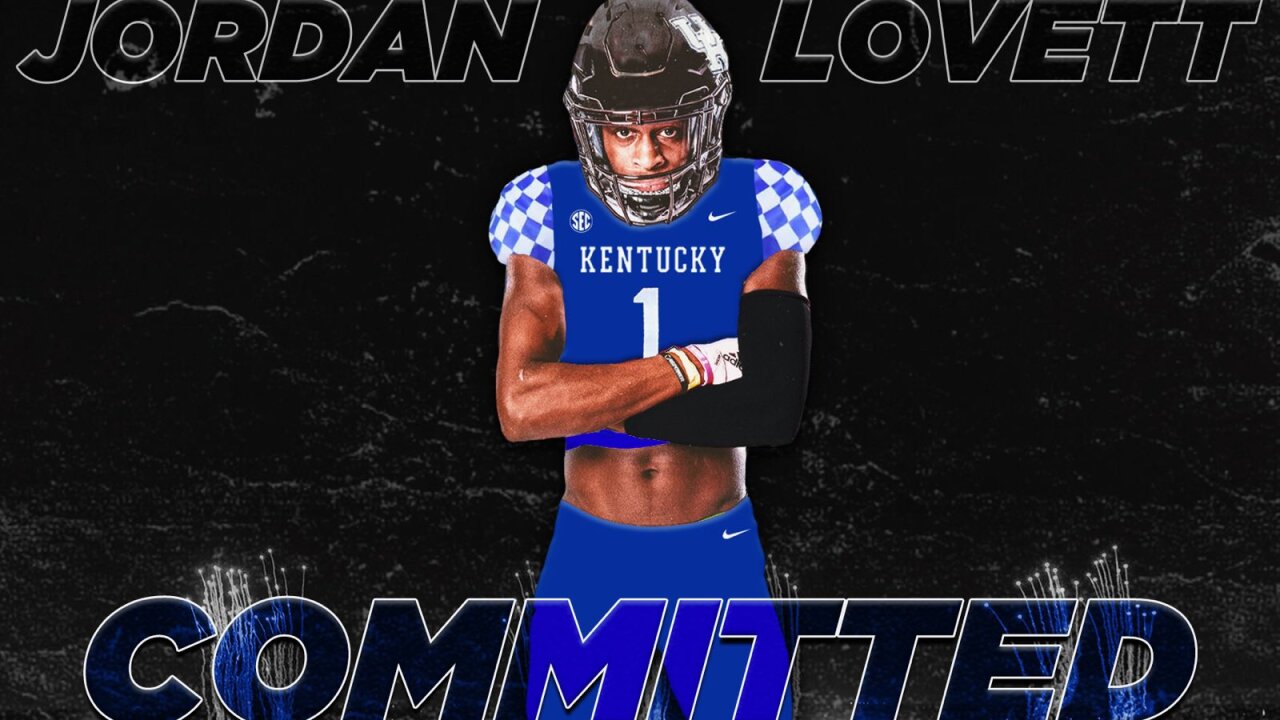 (LEX 18) — North Hardin Defensive Back, Jordan Lovett, has committed to the University of Kentucky.

Lovett made his decision live on Kentucky Sports Radio on Wednesday.

Lovett is currently ranked as the fifth best player in the state of Kentucky. He finished the 2019 season with 15 interceptions, the most in the state.

247 Sports ranks the three-star recruit as one of the top-50 safeties in the nation.

After this commitment, Kentucky now has four of the top eight players in the commonwealth for the 2021 recruiting class.