Look out! Here comes the Spider-Man 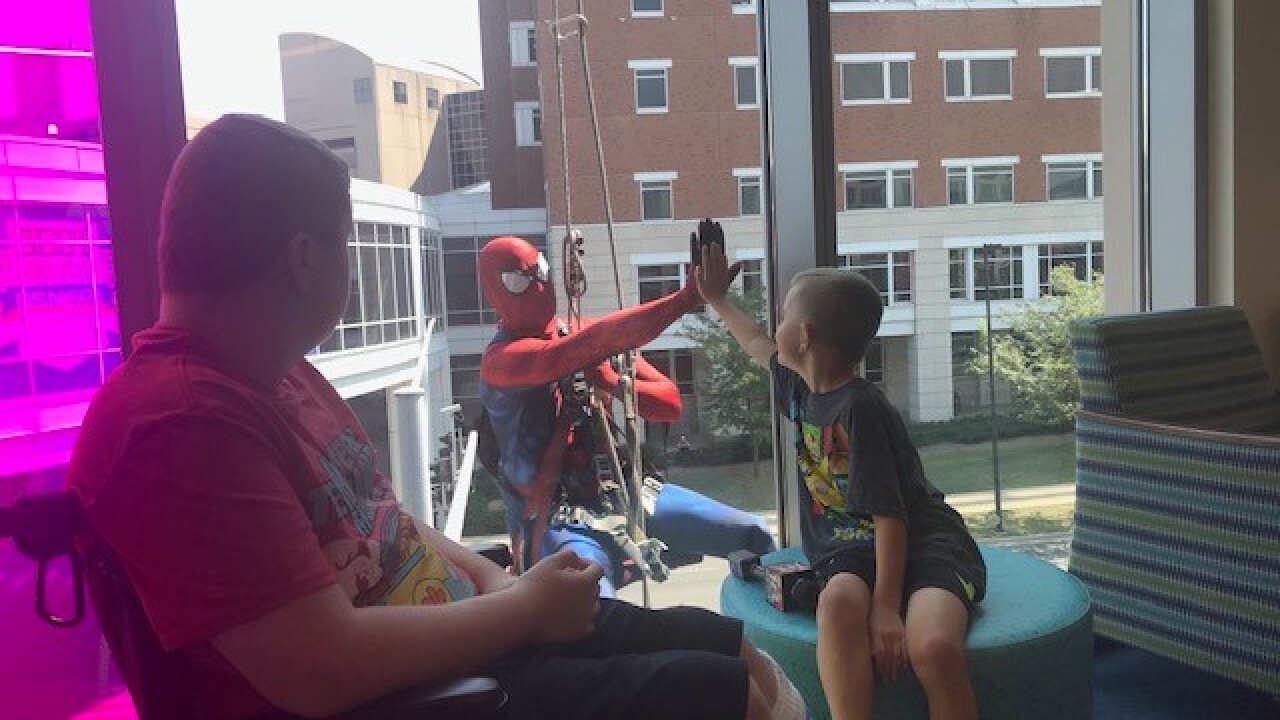 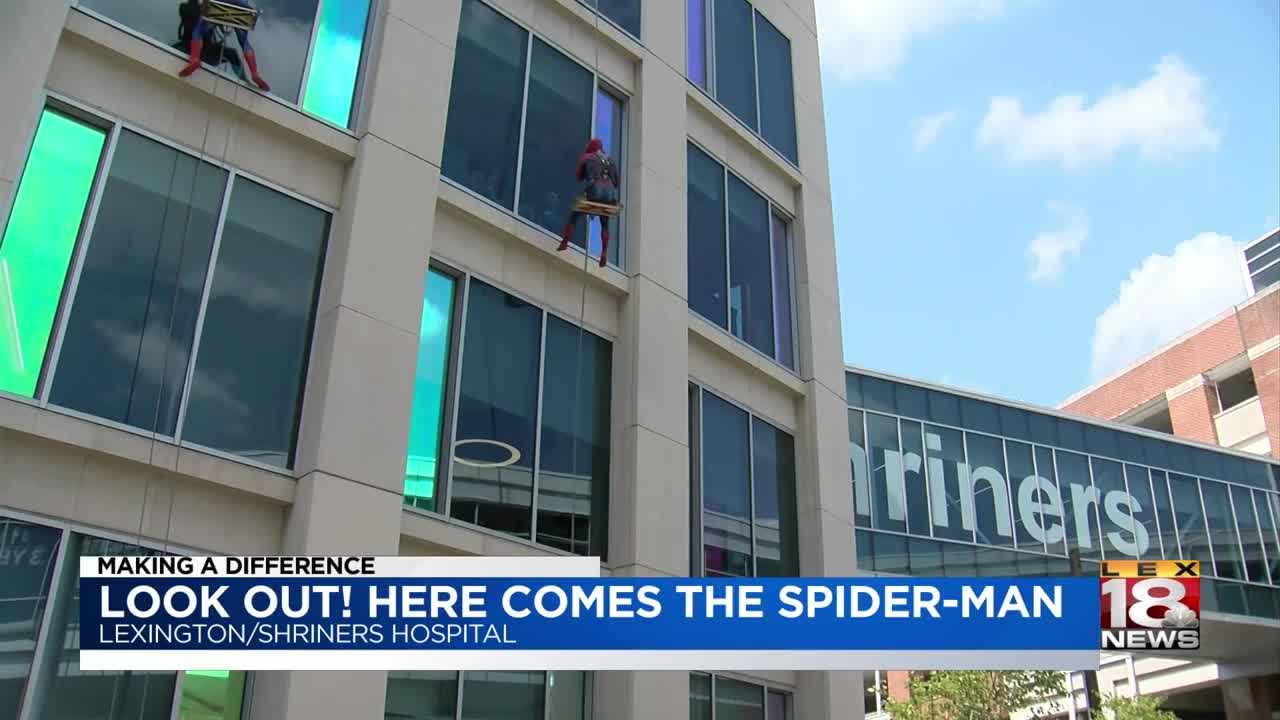 LEXINGTON, Ky. (LEX 18) — It wasn’t your typical day inside the Shiners Hospital this afternoon in Lexington, and that was a good thing. At roughly 1 pm, when the Central Kentucky Squeegee Squad was expected to be washing the building’s windows, a couple of superheroes rappelled down from the top floor.

“It was awesome,” Reid Turner said of the visit from Spider-Man. Reid has been spending a lot of time at Shriners this summer while recovering from a badly broken elbow. “I think it’s a great Wednesday for him,” said Reid’s father, Matthew. Mr. Turner said his son’s elbow injury happened in a bounce house. “The big concern,” he said, “was the mobility moving forward with the elbow. Each physician we spoke to described it as being tricky.”

Almost as tricky as hanging from a tall building to put smiles on a few faces that could certainly use them. “It’s a career highlight for me,” said Spider-Man. “I mean, fighting crime is great! But getting to see the kids is what makes a superhero, so I really enjoy it,” he continued. The man inside the spider suit said that was his third time making that type of appearance, and his second at Lexington’s Shriners. “That’s why my suit broke, because my heart swelled up so much,” he said.

Apparently is was an atypical day at Shriners for everyone, patients and superheroes alike.