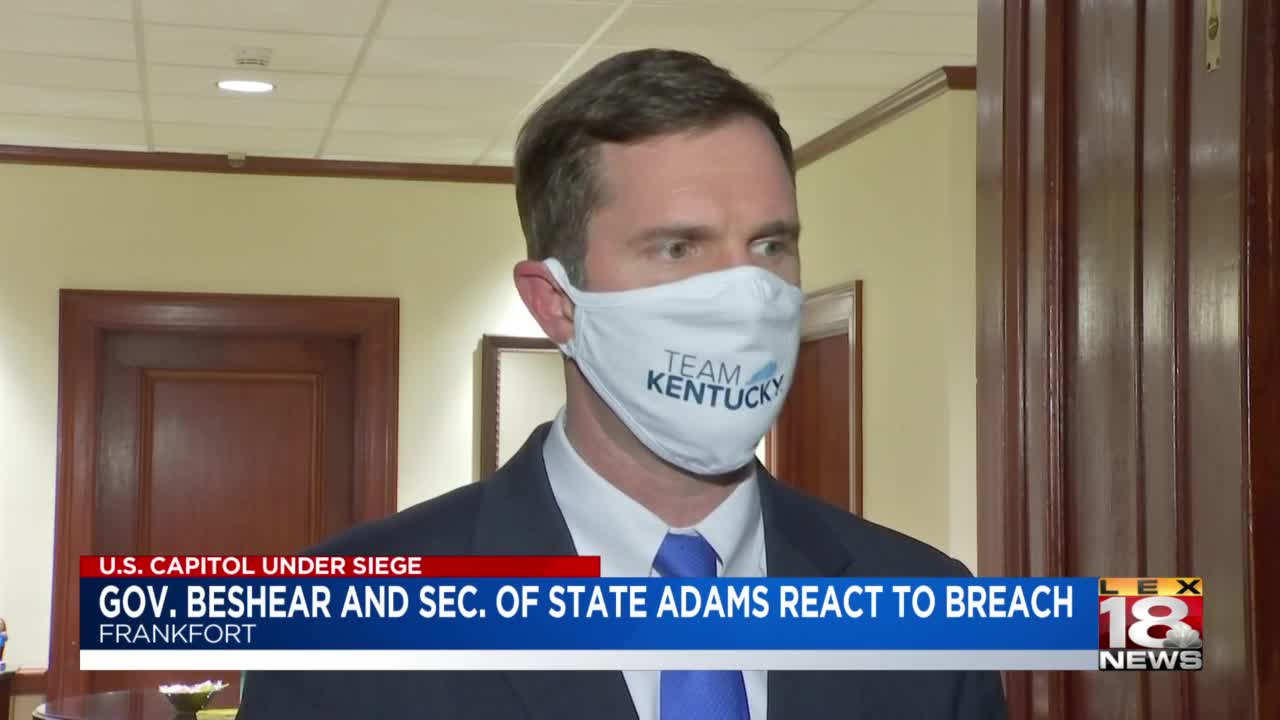 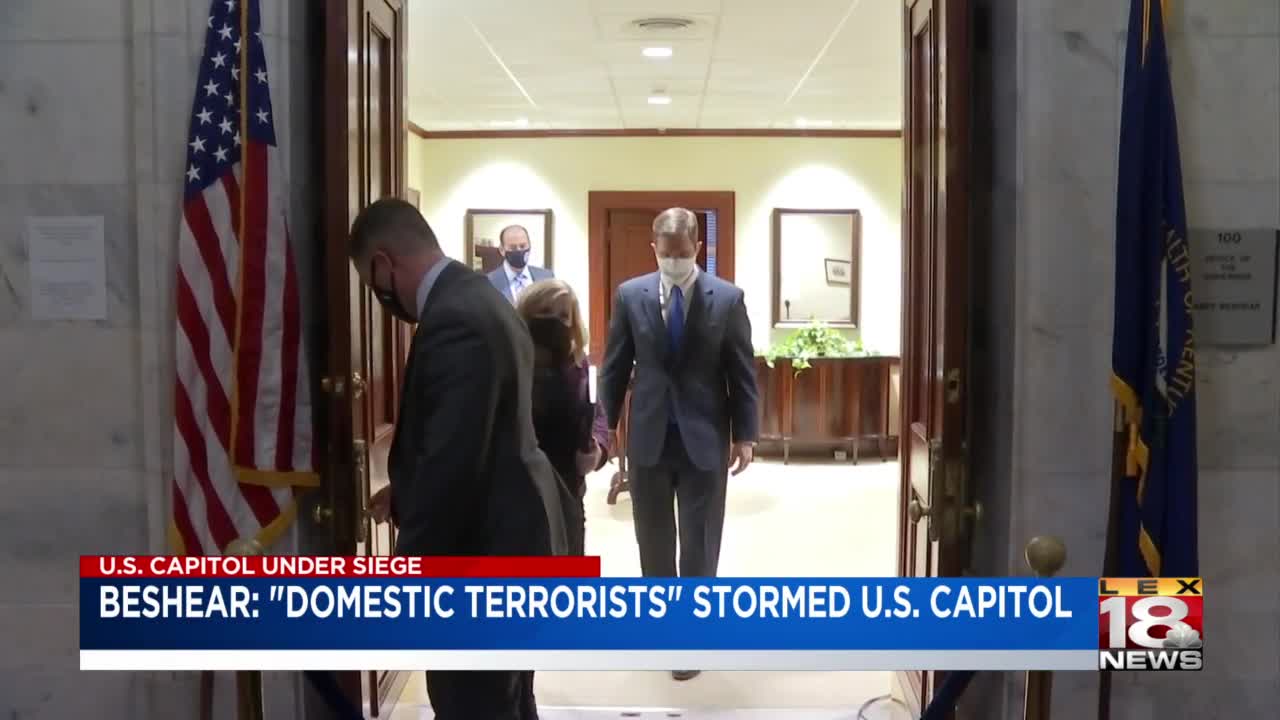 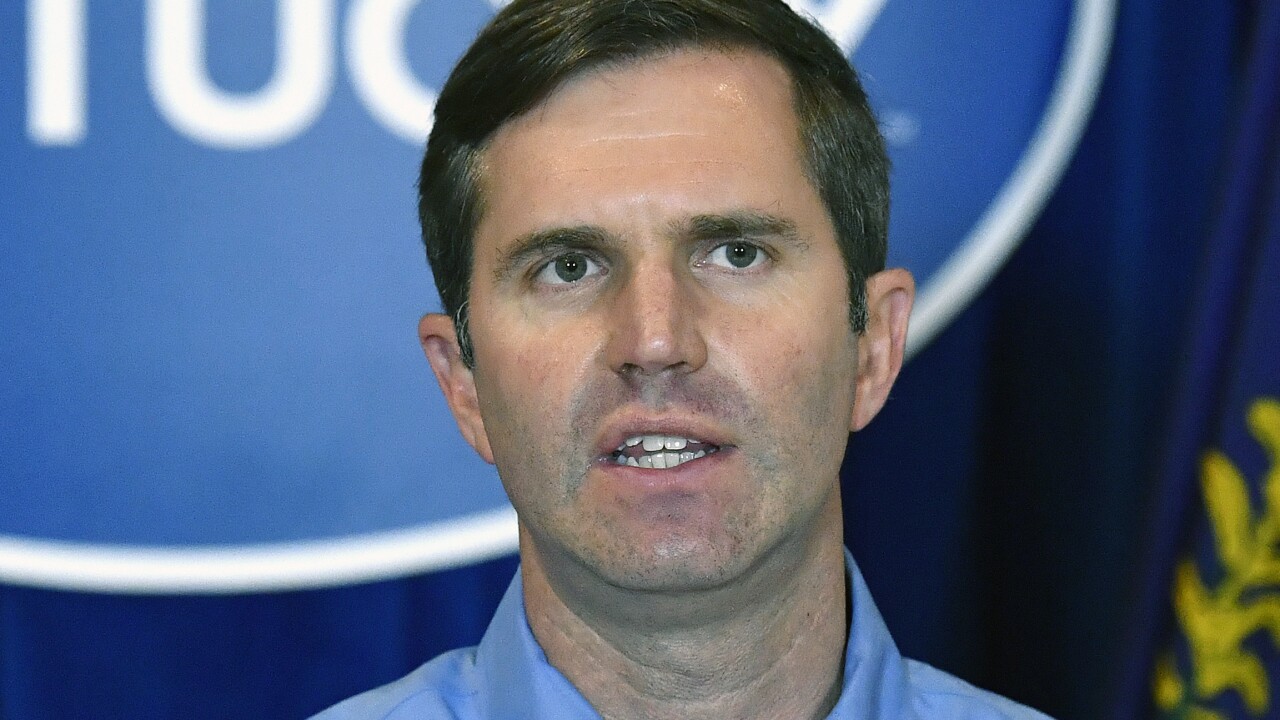 FRANKFORT, Ky. (LEX 18) — At 2 p.m., Gov. Andy Beshear was still preparing to deliver his State of the Commonwealth address on Wednesday evening. Then, the news broke about armed rioters storming the U.S. Capitol in Washington D.C.

Soon after, leaders in Frankfort met with the governor. Together, they decided it'd be best to postpone the speech.

"This is such a vile act, that together - the Speaker of the House, the Senate President and I, jointly agreed that the right thing to do is move the State of the Commonwealth to tomorrow night," said Beshear. "This is a night that we all need to be united. This is a night where we all in one voice must condemn [the acts in the U.S. Capitol], and it's a night where something so serious has happened, the right thing to do is to move the speech."

In the governor's office, staffers walked in and out. Shortly after 5 p.m., Gov. Andy Beshear came out and condemned the armed rioters.

"Today, we have seen a terrible attack on our country. We have seen domestic terrorists - and that’s what they are - storm our U.S. Capitol. Something that we would have thought unimaginable," said Beshear. "We see them in the chambers. We see them in representatives' offices. This is an attempt to intimidate and terrorize to get their way. We cannot allow it. We must confront it."

Beshear said he's also upset that events like this have happened in different places across the country.

"We see some of this occurring in smaller parts around the country. I think back to the militia that was here, and we now have part of our country that think that's it's okay to terrorize people to get your way," said Beshear. "Growing up, we called those bullies."

An hour before Gov. Beshear made those comments, President Donald Trump tweeted a minute-long video. In it, he encouraged rioters to go home, but he made unproven claims that the election was stolen from him.

"We had an election that was stolen from us," said Trump. "It was a landslide election, and everyone knows it, especially the other side. But you have to go home now. We have to have peace. We have to have law and order."

When Beshear was asked whether the riot was Trump's fault, Beshear said the situation "would not have occurred if we would condemn these groups each and every time they commit these acts."

"You cannot fan the flames and then condemn the fire," said Beshear. "Certainly, the president could talk to people in a strong voice to get them to leave, to tell them that this election is over and that the importance of the institution of the US government is more important than any one individual.”

Kentucky's Secretary of State, Michael Adams, believes Trump's video did not help the US Capitol situation.

"The president needs to show real leadership. I don’t think that his video helped," said Adams. "He needs to very clearly say go home; you made a mistake, this is not acceptable in America. I think he needs to show a lot more leadership than he’s shown."

When asked whether the president is wrong for making unproven claims of widespread election fraud, Adams said yes.

"I think he’s wrong in terms of some type of mass conspiracy to steal the election, said Adams.

Adams reminded Kentuckians that elections are secure and fair.

"You don't have to just take it from me. I'm not the only person who runs the election," said Adams. "We've got in every single precinct democrat and republican poll workers. In every single county, we've got a bipartisan board of elections - democrats and republicans. You've got a Democratic governor and a Republican secretary of state, of course, but you also have a bipartisan state board of elections. There are literally thousands of democrats and republicans across the state that play a role in this system. You can't steal elections in our state. It's not possible."