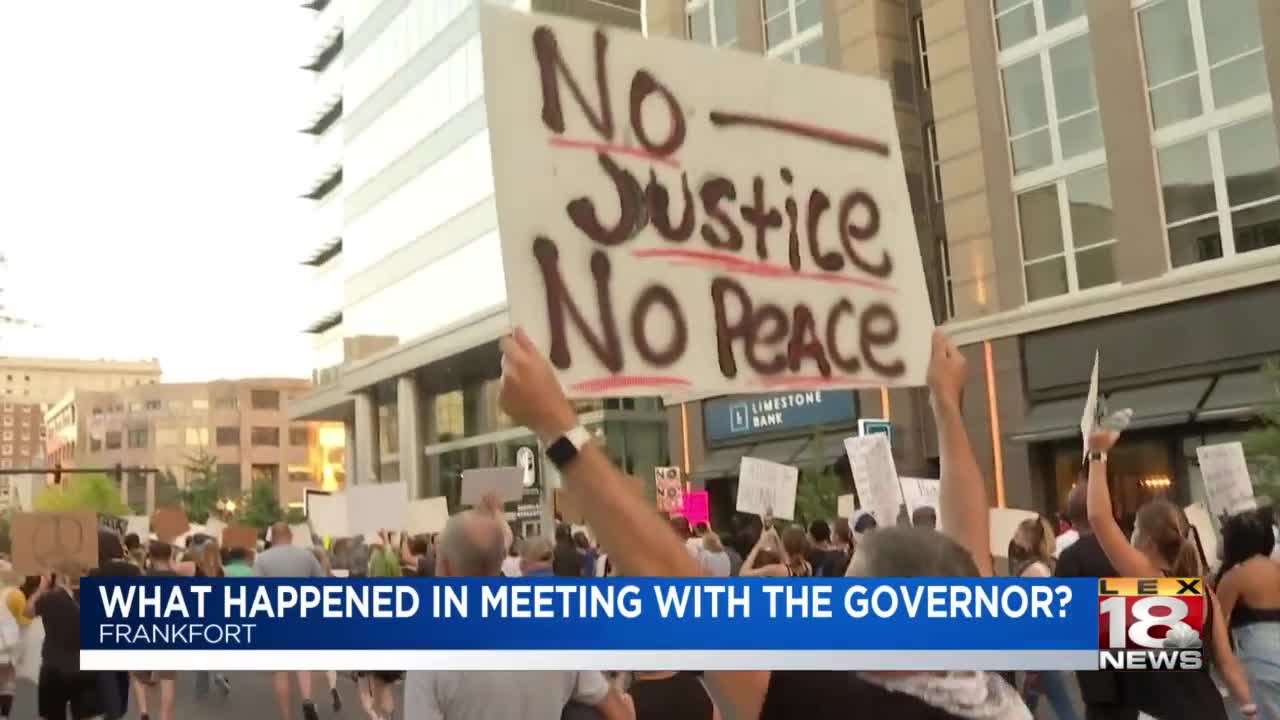 "The Governor and members of the caucus had a lively discussion," caucus leaders said in a statement.

Since the meeting, people have been wondering about what was discussed. So, the Black Legislative Caucus held a press conference on Thursday but didn't offer many specifics into their meeting with the governor.

"The Black Caucus is having ongoing meetings with the governor and within our own membership to make sure we have thoroughly fleshed out issues that have come up - and we expect to be dealt with in the very near future," said Rep. Reginald Meeks, the chair of the caucus.

Without going into specific policies, Meeks said matters dealing with police reform, policing relations, and other issues were covered in the meeting.

"I want to see one that has some product on the end that is going to make Kentucky a better community to live in, a better state for everybody," said Meeks.