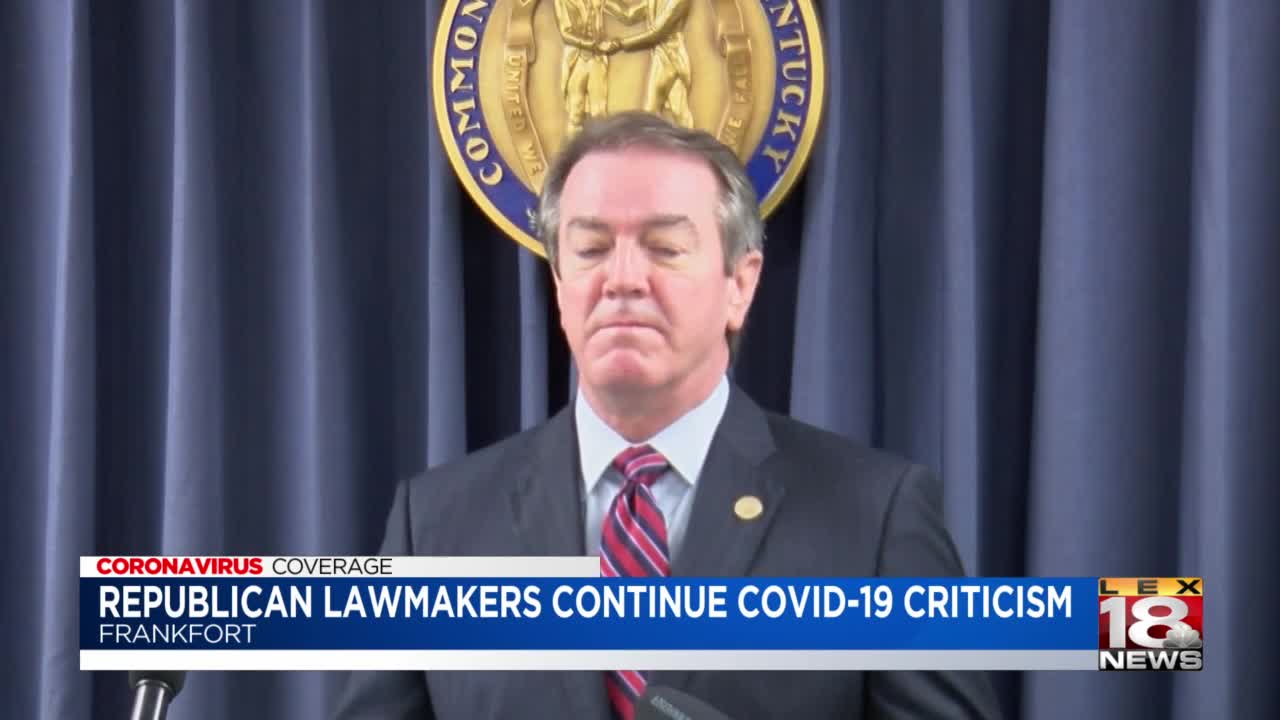 The first is that the governor hasn't asked for their input before making his coronavirus-related decisions.

"I think most Kentuckians believe that one person should not have the authority to shut our state down for weeks at a time," said Speaker Pro Tem David Meade.

But legally, Gov. Beshear isn't breaking any law by doing that. This was even tested in court recently, and Beshear won. The state Supreme Court ruled that he is working within the legal power given to him as governor.

So, lawmakers say they're going to change the law.

"We're going to continue down the path to redefine these emergency powers," said Meade.

The other thing that lawmakers say they're upset about is the lack of data from contact tracing. They say they want to see the information that justifies the decisions the governor is making.

"One of the major concerns that we have heard day after day ever since the shutdown began in March is the inconsistent application," said House Speaker David Osborne. "People feel that they're being treated unfairly."

The governor says contact tracing data is decentralized because all the local health departments do it. But he says he's using the CDC, the White House, and experts to make the best decisions possible. He says the measures Kentucky is taking have been proven to work.

"We have proof that they work. What happened in Texas, and what happened in Florida when their cases were escalating? Well, the White House came in and said you need to mask, and you need to close restaurants and bars to in-person dining," said Beshear. "That was going to get you your most significant decrease, and it did."