Kentucky's Dark Past: The assassination of William Goebel 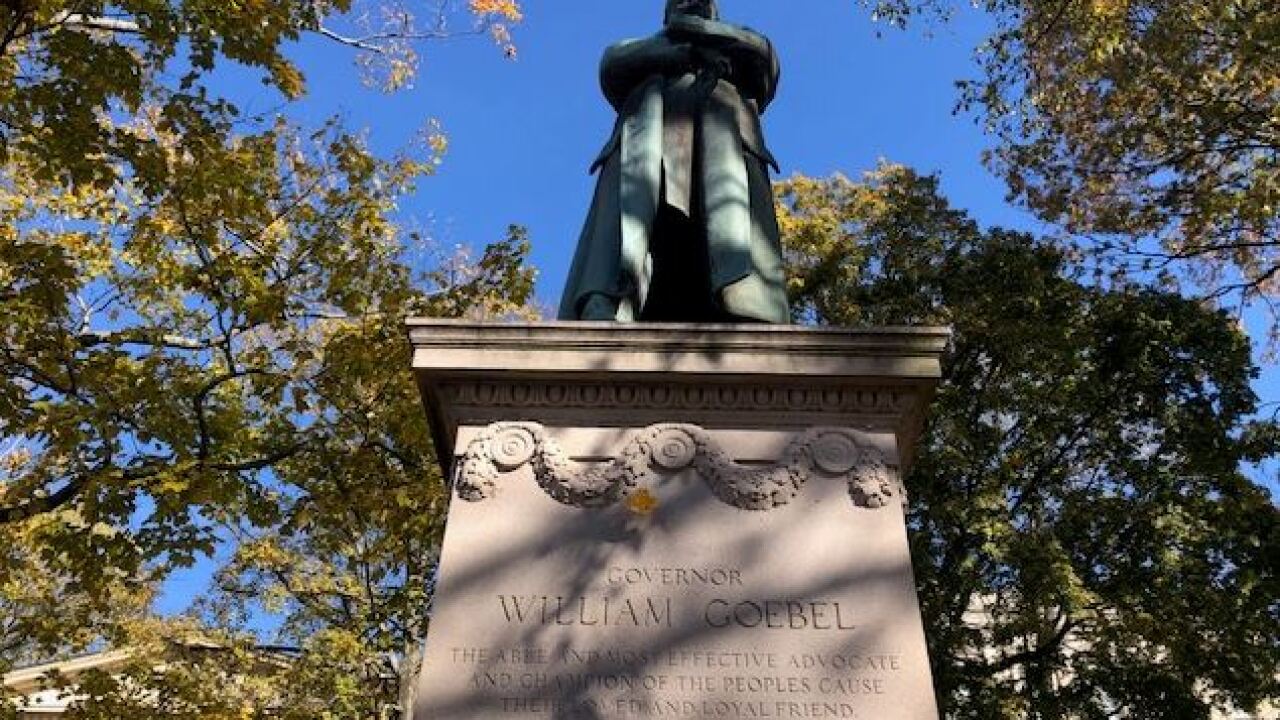 FRANKFORT, Ky. (LEX 18) — Governor Matt Bevin requested for votes across the state to be recanvassed, saying he has concerns about voting irregularities. As of right now, there is no evidence of voter fraud, but the recanvass will happen on Nov. 14th.

Once the recanvass is complete, one option still remains for Governor Bevin. He can contest the election with the State Legislature, which history shows has happened only once in Kentucky.

"The whole election from the primaries on is really, really ugly, and kind of shady too," says Carol Bolton, the museum coordinator for the Kentucky Historical Society.

Goebel lost the race by a little more than 2,000 votes. However, he did not concede and said the election was flawed.

"He said he felt there had been voter fraud, so he requested a recount," says Bolton.

A few years before this, Goebel created the "Goebel Election Law," which proved to be helpful for him when he refused to accept the results of the election.

"It created a three member election commission, that in the case of a contested election would help to decide the results," said Bolton. "He basically handpicked the three people on that commission."

So on Jan. 30, 1900, the proceedings were set to happen. Goebel arrived with bodyguards and walked up to the Capitol, which is now the old Statehouse. On the brick paved walkway, he was shot by an assassin.

"He became sort of an instant martyr," said Bolton. "He falls down. He's bleeding profusely. His bodyguards scoop him up and take him to get some medical treatment. Meanwhile, the proceedings in the Capitol continue and the election commission, after reviewing everything - surprise, surprise - determines that they believe Goebel should actually be the governor."

After some secret meetings, the Democrats decided Goebel, who was still alive at this point, was the legitimate governor. He was sworn in less than 36 hours after being shot. He died on February 3, 1900, serving only three days as governor. Historians say during that time Kentucky was at the brink of civil war.

Now, this story of Kentucky's dark past lives on at the Center for Kentucky History in Frankfort. There, an exhibit explains what happened. However, LEX 18 was taken into a room referred to as "Kentucky's Attic" and deep within the archives, in a neatly packed box, there are more items of Goebel's, including the shirt he wore the day he was shot.

Goebel's killing is still unsolved. Suspects were charged in connection with the murder but they were either acquitted or pardoned.