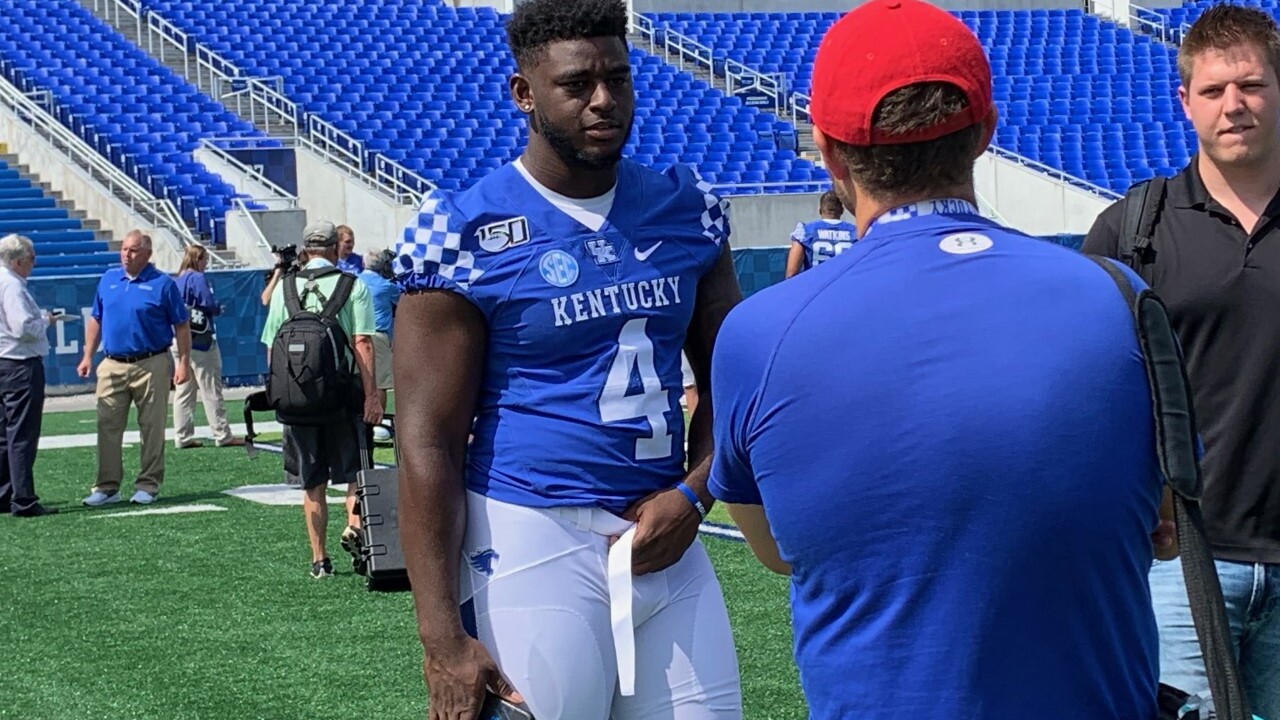 LEXINGTON, Ky. — This time last year, Josh Paschal and John Schlarman, found out each were in a battle with cancer. Fast forward a year later and both are doing much better but they're still continuing the fight.

Josh Paschal has been treating malignant melanoma on the bottom of his foot. The UK Defensive Lineman has one more treatment to go in about a week. Paschal says he can't wait to get that final treatment and then focus on football. He can't believe how things have developed since last year. "I wouldn't believe where I was at last year and where I'm at now," Paschal said with a smile. "Just looking at that transformation and realizing I've been through so much. But God is so great and lifted me up through this and I was able to use my story to help other people."

Schlarman also realized a year ago that he was in a battle with cancer. He's continued to work as he also leaves at times to go through treatments. UK Head Football Coach, Mark Stoops, gave his offensive line coach the highest of praise saying, "John is just an absolute warrior. Still can't chase him out of the office. He's there every day."

Schlarman wouldn't have it any other way. It's not a way of denial. It's just that he's not going to let cancer define and run his life. "I think mentally it really helps me. You're not sitting around thinking about other things. You're just working and doing your job," said Schlarman. "I just try not to let it affect me on a daily basis."

Both Paschal and Schlarman were in the team photo and at the first practice as UK gets ready for the first game of the season, August 31st against Toledo in Kroger Field.