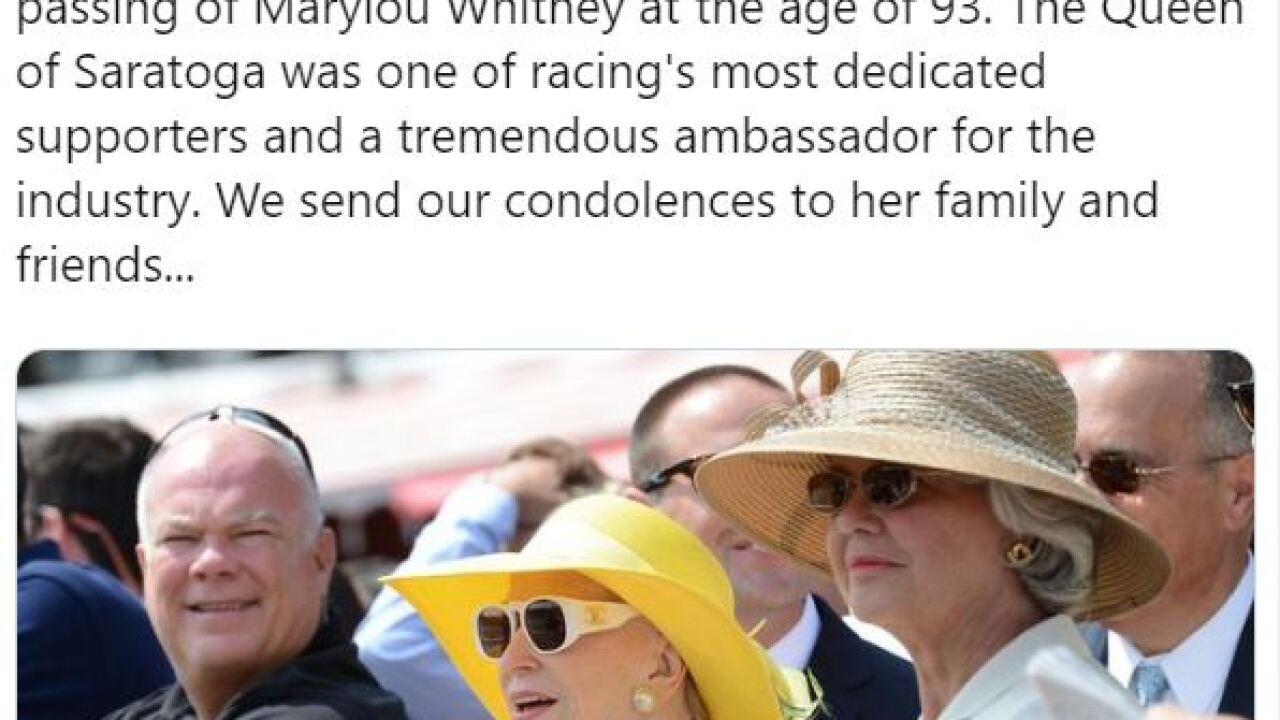 (LEX 18) — Socialite, philanthropist, and horse racing enthusiast Marylou Whitney has died at the age of 93.

The New York Racing Association announced the death of the "Queen of Saratoga" Friday.

A wing of Cardinal Hill Hospital was named for Whitney. She was also known for the pre-Derby party she would host at her Lexington estate.

The announcement of her death was followed by a moment of silence at the Saratoga Race Course Friday.

Our hearts are broken, we are deeply saddened by the passing of Marylou Whitney at the age of 93. The Queen of Saratoga was one of racing's most dedicated supporters and a tremendous ambassador for the industry. We send our condolences to her family and friends... pic.twitter.com/leQbZJ7z5F