Poston leads the Barbasol Championship after first round; Teater in contention 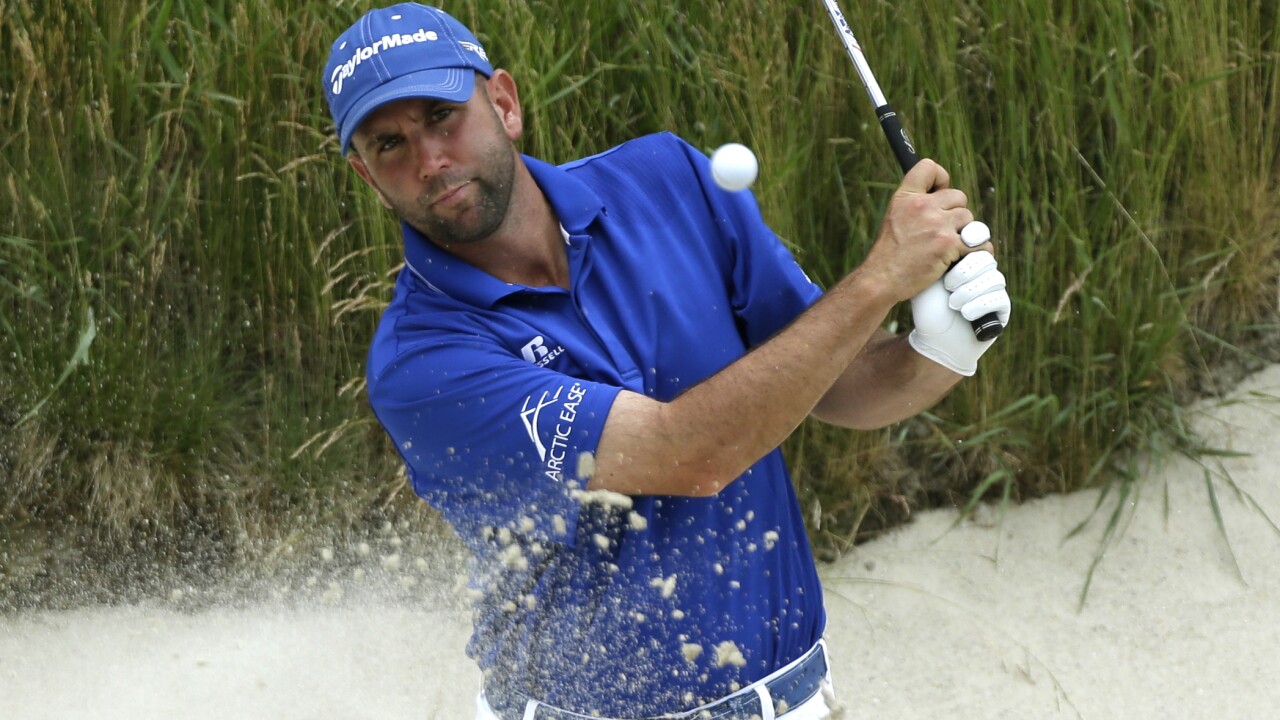 Julio Cortez/AP
Josh Teater hits out of a bunker on the 17th hole during the fourth round of the U.S. Open golf tournament at Merion Golf Club, Sunday, June 16, 2013, in Ardmore, Pa. (AP Photo/Julio Cortez)

NICHOLASVILLE, Ky. — J.T. Poston shot a 10-under 62 on Thursday to take the first-round lead in the PGA Tour’s Barbasol Championship.

Poston birdied six of the first eight holes at rain-softened Keene Trace, bogeyed the par-3 ninth and added five more birdies on the back nine for his lowest score on the PGA Tour.

“It was one of those days everything clicked,” Poston said. “Hit it good, hit a lot of fairways, a lot of greens. I was hitting it so good I didn’t really have that many lengthy birdie putts that I made until the last hole.”

Winless on the tour, the 26-year-old former Western Carolina player closed with a 27-foot birdie putt on the par-4 18th.

John Daly shot a 71, following a triple bogey on the par-4 fourth with an eagle on the par-5 fifth. Fighting osteoarthritis in his right knee, Daly was denied a cart by the R&A for the British Open, but has been approved for a cart at PGA Tour events until the end of the year. This is his first PGA Tour event since he was approved for a cart last fall.

Out of the local Kentucky connections, Josh Teater, performed best. He shot a -7 under par 65, which included birdies in four of his last five holes. He sits in a tie for 4th after the first round.

Here are some other notable scores in the Barbasol Championship after the first round: