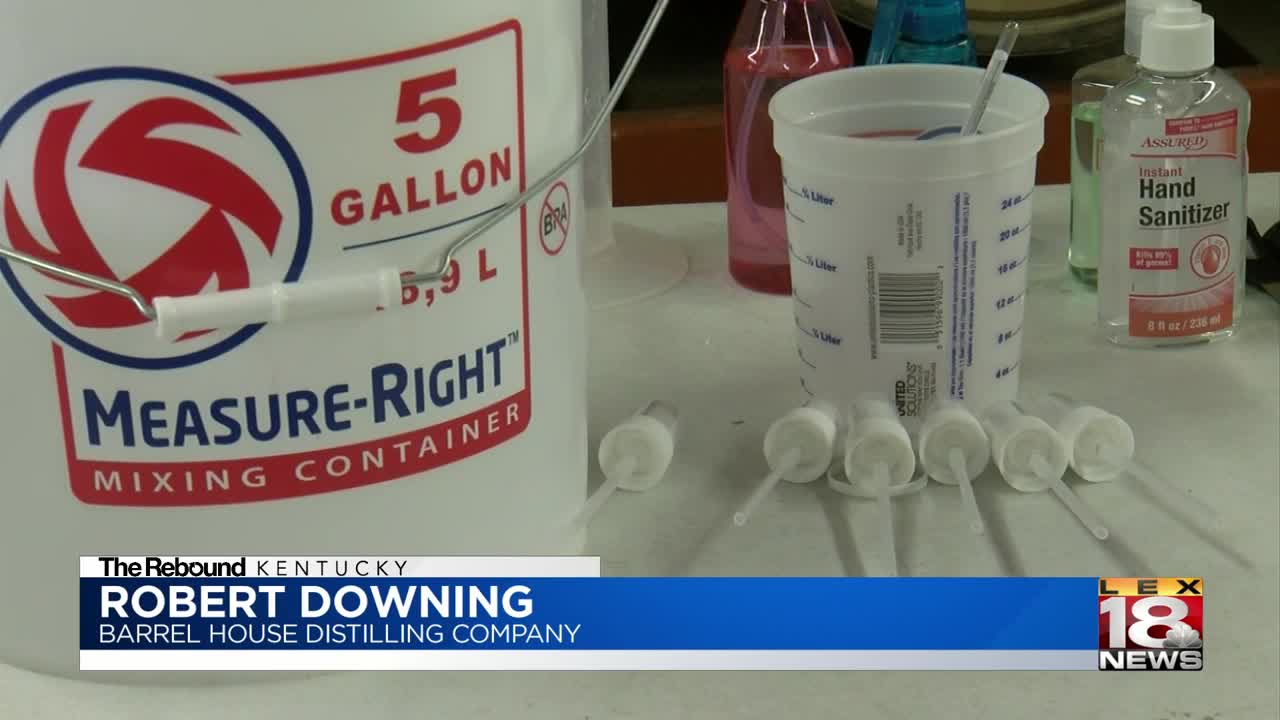 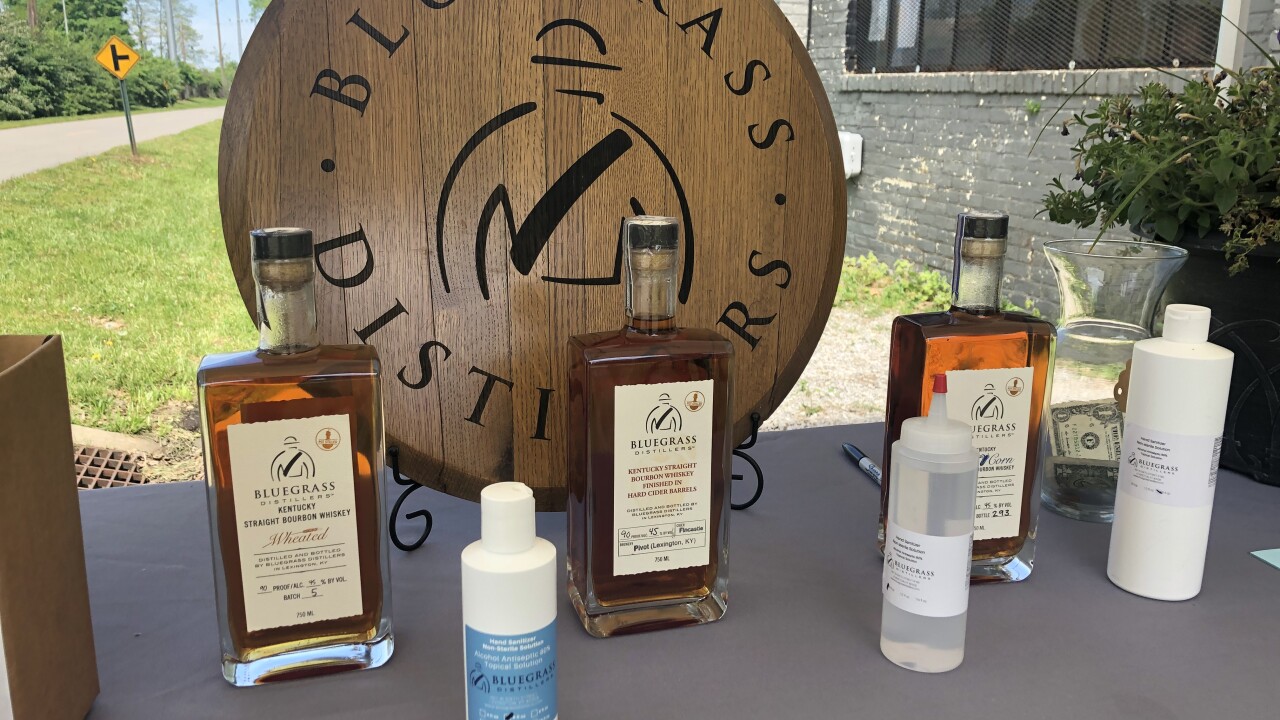 LEXINGTON, Ky. (LEX 18) — As Kentucky rebounds and businesses reopen, one of the essential items needed is hand sanitizer.

The production of that product has skyrocketed since late March as bourbon distillers shifted production. This market demand has helped some make up for the shortfall in revenue when tasting rooms and tours were shut down due to the spread of COVID-19.

On March 25, LEX 18 News spoke to two craft distilleries who were staring down the barrel of uncertainty.

Overnight, revenue at Bluegrass Distillers had dropped to zero dollar. Co-founder Nathan Brown was producing the last bourbon batch before pivoting to the product of the time: hand sanitizer.

"We're big Star Wars fans, and he was saying we should call this the 'Hope Star Hand Sanitizer' because it's the last hope," said Brown on March 26.

"And when one door closes, another opens. And this thing has been an open door that we did not expect," said Brown.

After facing huge losses and possible lay-offs, the distillery has hired 20 additional employees. Many are from the Lexington Rescue Mission.

About a mile away from Bluegrass Distillery's make-shift distribution center on Versailles Road, fellow craft distillery Barrel House has boxes of hand sanitizer ready to ship.

"It's been a great stopgap solution right now, obviously," said Robert Downing with Barrel House. "It's been a great way to help us keep the lights on, pay the bills, and then help out the local community as well."

Downing also hoped to hire some employees back, and these little bottles of hope have helped do just that.

"Obviously our long-term goal is not to be continue producing hand sanitizer, but as long as it's needed, we're gonna continue helping out as best we can," said Downing.

"We're a little bit back-ordered with orders for bourbon, which is a great problem to have. And so, starting within the next week or two, we're going to get back to full operation to get stuff shipped out to distributors," said Brown.

As for the tasting rooms, tours, and the Elkhorn Tavern next door to Barrel House, those will have to wait to reopen. Restaurants and bars were not included on Phase 1 of the "Healthy at Work" initiative rolling out this month.

"We are in the process of procuring masks, gloves, sanitizing agents, thermometers for temperature checks," said Downing. "We're trying to make plans that you know, adapt, when we're given the green light to get those up and running again, but we're just not sure when that's gonna be."

The "new normal" will look different than two months ago and they're hoping to welcome visitors later this summer. Ultimately, that depends on the state's "Healthy at Work" initiative and when the state's borders fully reopen to tourists.

"We're going to give them hand sanitizer. Not only for the tour, but to take with them because we obviously have plenty of it now," said Brown.

Both Bluegrass Distillers and Barrel House Distillery are offering curbside service for their liquor products along with hand sanitizer.

As Phase 1 of "Healthy at Work" begins on Monday May 11, the demand from businesses for hand sanitizer has only increased.

For businesses preparing to safely reopen, the Kentucky Distillers Association has a list of local distilleries selling hand sanitizer.

There is also an option for businesses to fill out a request form online.