Wildcats Shake Off Rust in 101-64 Exhibition Win vs. LMU

LEXINGTON, Ky. – Behind a disruptive full-court defensive effort that allowed the Wildcats to force 31 turnovers and score 41 points off those miscues, the University of Kentucky women’s basketball team overpowered Lincoln Memorial 101-64 in its lone exhibition of the season Friday inside historic Memorial Coliseum.

The Wildcats will start the season officially Wednesday when they play host to Alabama State at 7 p.m. ET inside Memorial Coliseum. The game will be streamed on SEC Network+ with Christi Thomas and Jeff Piecoro on the call. Darren Headrick will have the call on the UK Sports Network on 630 WLAP. 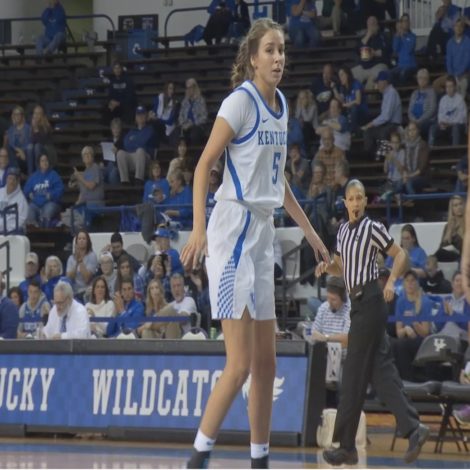 Kentucky used a strong effort on both ends of the court to earn the victory on Friday shooting 48.8 percent from the field on 41-of-84 shooting while LMU shot 42.4 percent and was forced into 31 turnovers. The Wildcats limited their miscues with just seven turnovers and allowed just five points off those turnovers.

Five Wildcats scored in double figures in total, including 16 points from sophomore Tatyana Wyatt, who went 6-of-10 from the field with nine rebounds – eight offensive –  and three blocks. Senior guard Taylor Murray had 14 points and a team-best six assists, while fellow senior guard Maci Morris had 11 points, five rebounds and four assists.

UK controlled every aspect of the game Friday, outscoring LMU in points in the paint 52-22, points off turnovers 41-5, second-chance points 22-19, fast-break points 17-0 and bench points 36-8. Kentucky had 26 assists, 18 steals and 12 blocks. Kentucky played 11 players in the game with 10 scoring points.

After the Wildcats won the tip, Lincoln Memorial scored the game’s first five points before Wyatt got Kentucky on the board with back-to-back baskets. After a LMU basket gave the Railsplitters a 10-4 lead, Kentucky responded with a 23-2 run to end the first quarter and take control of the game.

LMU would respond in the second quarter, however, as the two squads were even 23-23 in scoring in the second stanza. A different Kentucky team came out of the halftime locker room starting the third quarter on a 23-5 run, including 18-0 at one point, to up its lead to 30 and never look back.