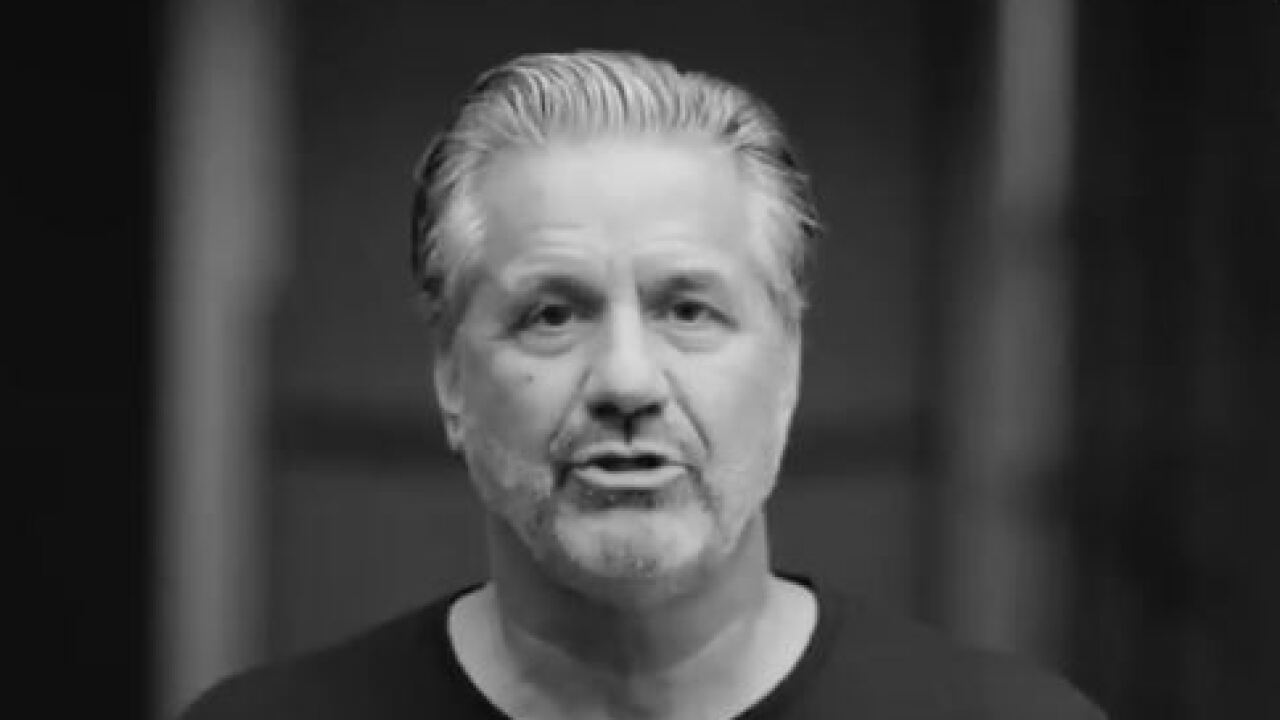 LEXINGTON, Ky. (LEX 18) — The University of Kentucky Men's Basketball team released a video on Monday evening asking the Big Blue Nation to join them in the Black Lives Matter movement.

"To our fans, the Big Blue Nation, we ask you to join with us," the video says. "You cheer us on the court, but we are asking you to support us off the court. Be a part of the change."

We ask you to join us. pic.twitter.com/XYoFVnfHJX

Once the players and Coach John Calipari are done speaking, a clip from the song 'Strange Fruit' by Billie Holiday is played. The song was released in 1939 and protests the lynching of African-Americans.