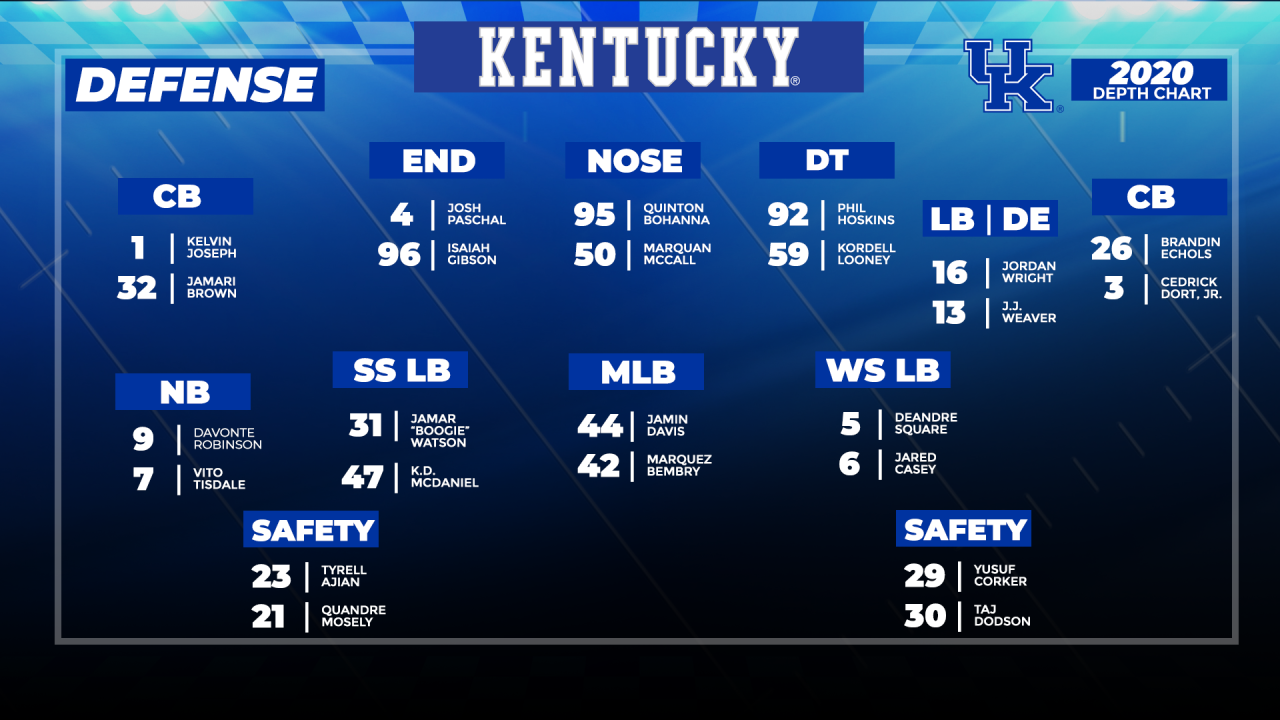 (LEX 18) — Kentucky Football has released it's week one depth chart for the September 26TH Noon kick at Auburn.
Here's a look at the week one offense

Terry Wilson resumes his duties as QB1 and with the eligibility of Joey Gatewood still in question, true freshmen Beau Allen gets the nod over senior Sawyer Smith to be Wilson's backup.
Sophomore Kenneth Horsey has claimed the only spot in question, left guard, on the offensive line after reports said it was very close between Horsey and junior Austin Dotson.

On the defensive side of the ball, secondary depth is what really stands out.

A secondary that led the SEC in passing yards allowed last season will have Davonte Robinson back from an injury that cost him his 2019 season as the starting nickelback.
Talented transfer cornerback Kelvin Joseph and Brandin Echols are listed as the starting cornerbacks but expect Cedrick Dort Jr. to quickly find his way to the field after starting twelve games last season.