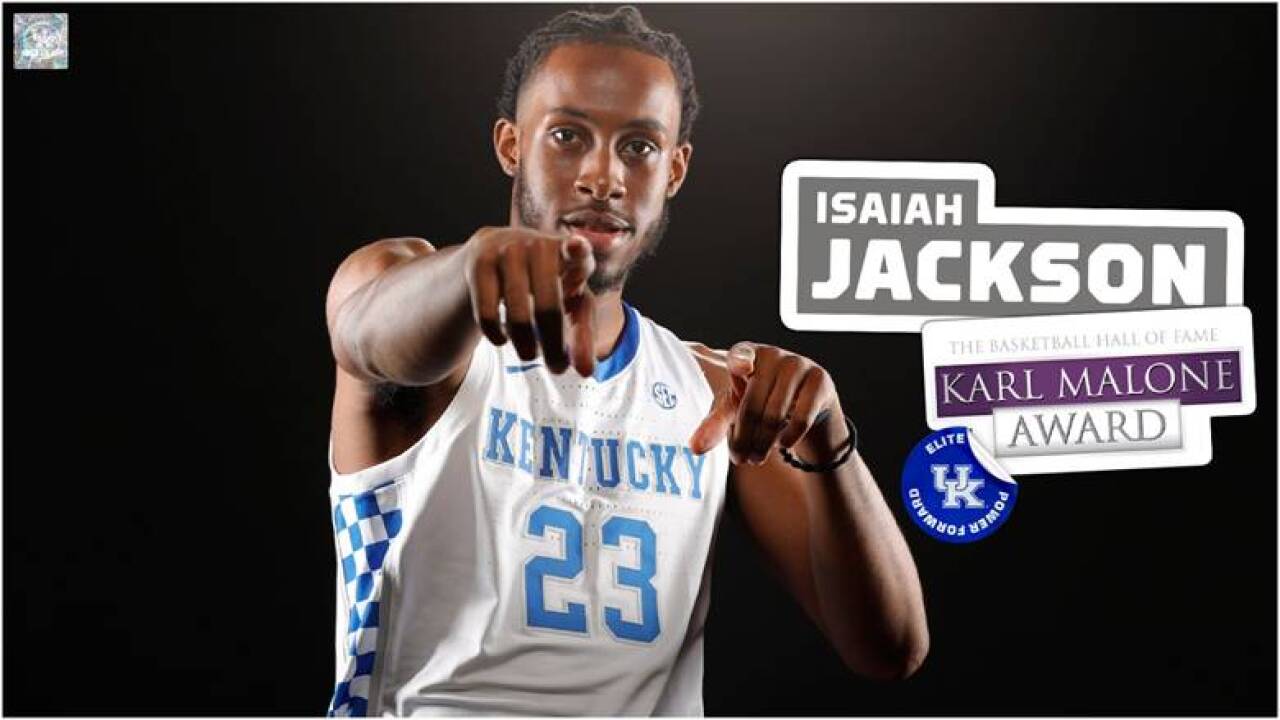 Jackson is among 20 power forwards on the watch list for the 2021 Karl Malone Award, given to the nation’s best power forward.

Jackson is one of three players from the Southeastern Conference on the list. He is joined by LSU’s Trendon Watford and Tennessee’s John Fulkerson. He is one just two freshmen on the preseason list.

Jackson is considered a five-star prospect by Rivals, where he was ranked as the No. 28 overall player in the final rankings. He averaged 19.7 points, 13.0 rebounds, 7.7 blocks, 3.3 assists and 2.1 steals per game for Waterford Mott his senior season. Jackson was named to the Michigan All-State Division I Team (Associated Press) and was a finalist for the Mr. Michigan Basketball award. He is a three-time All-State selection and a four-time defensive player of the year in his conference. The Pontiac, Michigan, native led his high school to a pair of district and league championship.

By mid-February, the watch list will be trimmed to 10 players. Five finalists will be revealed in late February, and the winner will be announced during the annual ESPN College Basketball Awards show on April 9. The award is in its seventh year of existence, and UK has not yet had a player win the award. Fan voting will be a part of all three rounds of voting before a winner is announced.