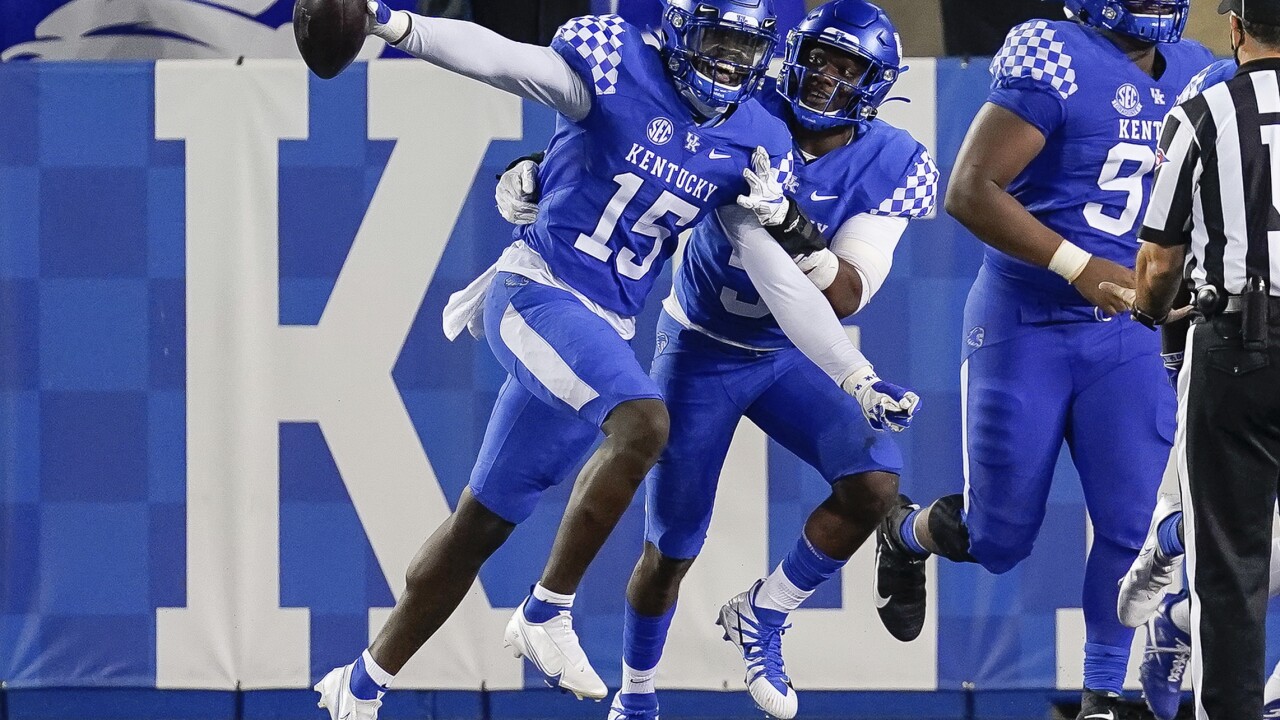 LEXINGTON, Ky. — Kentucky junior outside linebacker Jordan Wright and senior punter Max Duffy have been named the Southeastern Conference Defensive Player of the Week and Special Teams Player of the Week, respectively, it was announced on Monday.

Wright turned in the best performance of his career and effectively iced UK’s 24-2 victory over Mississippi State with an interception that he returned eight yards for a touchdown that gave the Wildcats a 19-point lead in the fourth quarter. He recorded six tackles, including two tackles for loss (-9 yards), a sack and a pass breakup.

Wright, a 6-foot-5, 233-pounder from Fort Lauderdale, Florida, matched his career high in tackles and secured his first tackles for loss and sack of the season. He also came up with an important play in the first quarter when his tackle for a five-yard loss pushed the Bulldogs into attempting a 56-yard field goal that came up short. The UK defense did not allow an offensive point to an SEC opponent for the first time in 25 years dating to a 25-0 shutout of Vanderbilt in 1995.

Duffy continued his brilliance with another impactful performance. He placed three punts that were downed at the Mississippi State 5-, 11- and 2-yard lines while averaging 44.9 yards on eight punts. Perhaps more impressive was his alert kicking of the football through the back of his own end zone for a safety after a snap sailed over his head, saving what would have been a touchdown had the Bulldogs recovered. On the ensuing free kick, he boomed it 75 yards to flip field position and pin State back at its own 16.

The Australian punter also continued to rank as the program’s career punting leader and now ranks third nationally through three games with an average of 48.1 yards per kick.

Kentucky returns to the field this Saturday, Oct. 17 at Tennessee. Game time is noon ET on the SEC Network (TV) and the UK Sports Network (radio).