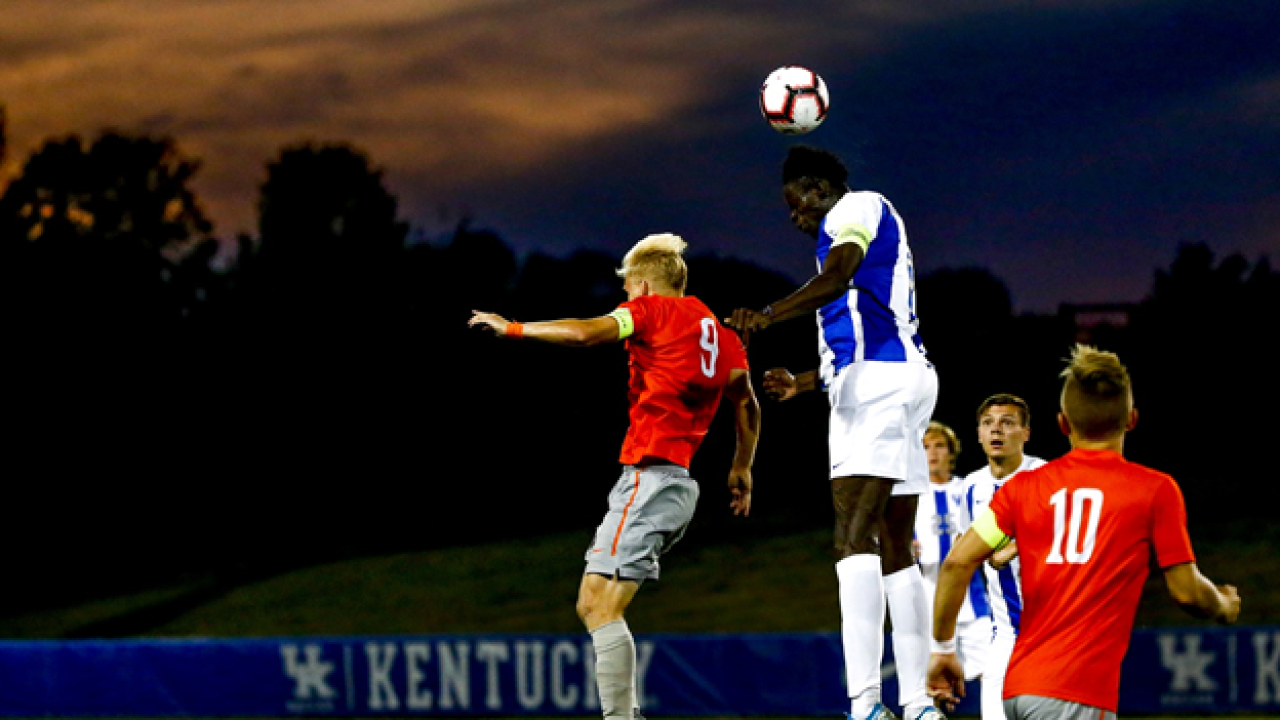 The Wildcats’ junior midfielder Kalil ElMedkhar recorded both a goal and an assist in the second half, anchoring Kentucky’s offensive momentum.

In the first half, Jason Reyes opened things up for the Cats with the first shot on target of the match in the seventh minute. Kentucky added four more attempts in the opening period, but the teams entered halftime in a scoreless deadlock.

Sophomore forward Daniel Evans scored Kentucky’s first goal in the 49th minute off an assist from ElMedkhar, who received the ball from a corner kick by redshirt freshman John Michael Bandy. The goal was Evans’ third of the season, while the service was ElMedkhar’s third assist and Bandy’s second.

ElMedkhar heard his name called once again in the 62nd minute, this time scoring a goal of his own off the foot of Reyes. The goal served as ElMedkhar’s third of the year by way of Reyes’ first assist.

With the win, the Cats move to 12-8-1 all-time against the Falcons.

Kentucky will retake its home field against Coastal Carolina on Saturday at 7:30 p.m. ET.