EKU knocks off UT Chattanooga in its season opener 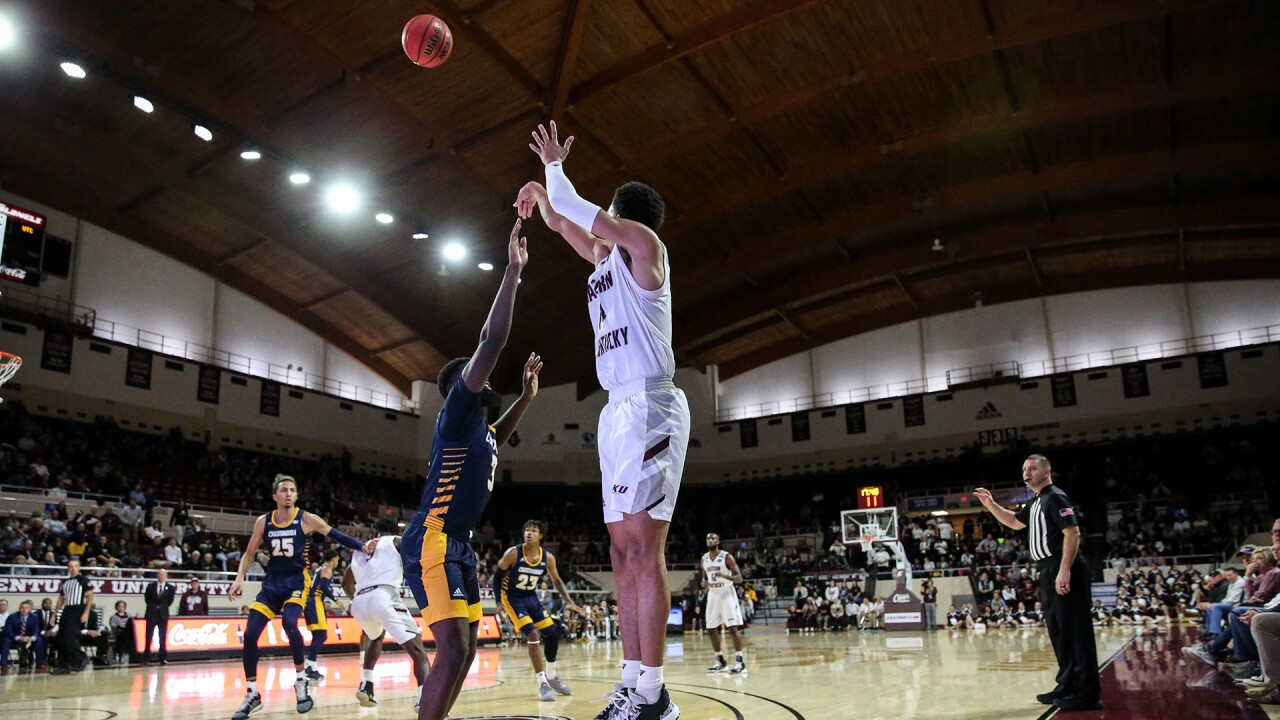 RICHMOND, Ky. — Eastern Kentucky opened its season at home with a 79-68 win over UT Chattanooga.

After trailing by five at the half, the Colonels used a 15-0 run to start the second half to take control of the game. Eastern Kentucky shot 60 percent in the second half and 52 percent for the game.

EKU was led by Houston King. The sophomore had a career-high 19 points on 6-of-8 shooting from the field. That includes knocking down four of his five three point attempts. Newcomer, Darius Hicks, had a double-double with 18 points and 12 rebounds and Jomaru Brown had 14 despite some early foul trouble.

The Colonels will make the short trip to Lexington on Friday to play No. 2 ranked Kentucky. Tip-off in Rupp Arena is scheduled for 7 p.m.