Colonels 2-2 on the season 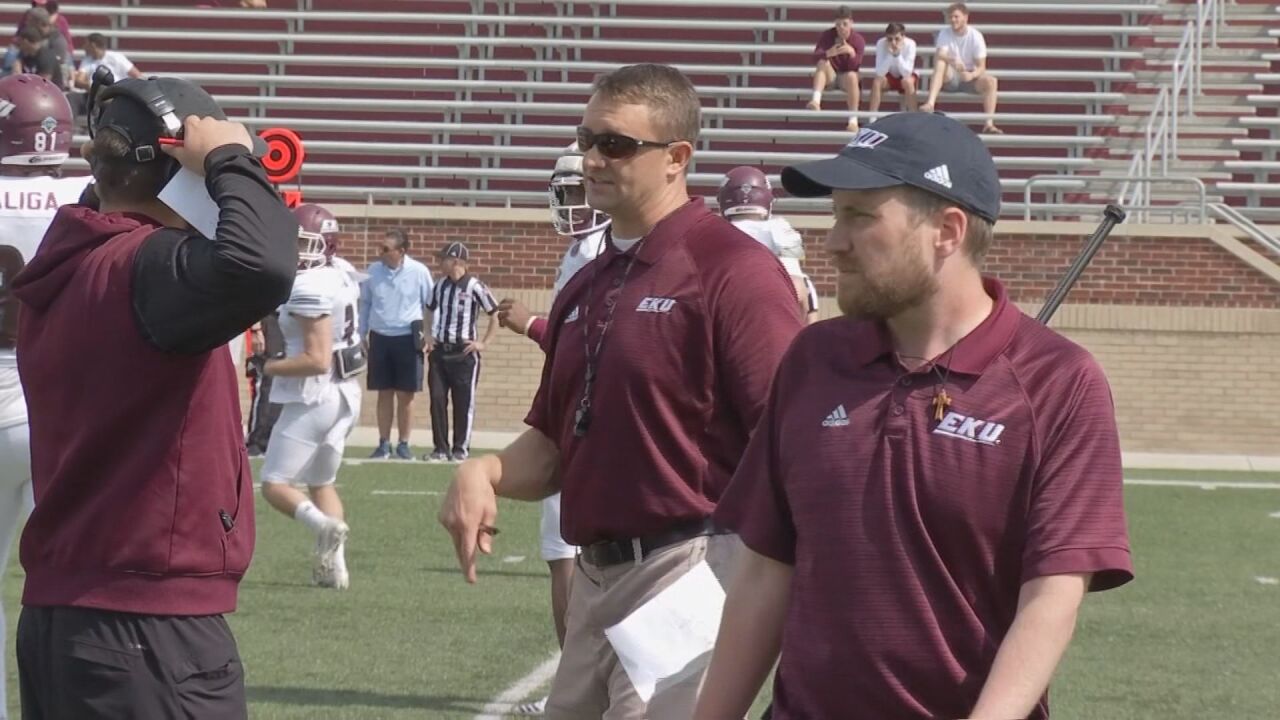 Saturday’s contest is the annual Hall of Fame Game. The five newest members of the EKU Athletics Hall of Fame will be recognized at halftime. The new Matter of Pride Wall at the stadium will be dedicated at 3:30 p.m. This is also the first Celebrate Agriculture Game at EKU, which will include a petting zoo, tractors and the Southland Mobile Dairy Classroom.

Kickoff is scheduled for 6 p.m.

The game will air live on ESPN+. The live radio broadcast of the game is available in the Richmond area on WCYO 100.7 FM, and can be heard worldwide on EKUSports.com.

The Colonel Walk will begin at 3:45 p.m. and travel through the Apollo Pizza Tailgate Lot in front of Alumni Coliseum.

- Eastern Kentucky leads the all-time series with Tennessee State, 23-7. The Colonels are 14-3 against the Tigers in games played in Richmond.

- EKU turned the ball over four times in that last meeting, including three interceptions that were returned for touchdowns in the fourth quarter when the Colonels trailed just 24-21. Eastern had 370 yards of offense. Daryl McCleskey Jr. ran for 73 yards.

- Running back Daryl McCleskey has rushed for 100 yards-plus in each of the last two games. He had 103 yards on 13 carries at Indiana State and 138 yards on 12 carries at Presbyterian. He averaged 11.5 yards per carry against the Blue Hose.

- Making his second career start, sophomore safety Joseph Sayles intercepted two passes against Presbyterian. He returned the first for 20 yards and the second for 34 yards.

- In its three games against FCS teams, the EKU defense has allowed 12 points and 252 yards of total offense per game. The Colonels have given up 127.7 rushing yards and 124.3 passing yards per contest. Those three opponents have averaged just three yards per rush and completed just 49 percent of their passes.

- Eastern totaled a season-best 452 yards of offense – 229 on the ground and a season-high 223 through the air – at Presbyterian.

- Quarterback Cameron Rosendahl completed 27-of-42 passes for 334 yards against Pine Bluff. He threw three touchdown passes and one interception.

- Chris Rowland caught 13 passes for 154 yards, including one touchdown grab. He also returned a kickoff for 16 yards and a punt for 15 yards. He totaled 185 all-purpose yards.

- Rowland is third in the nation with 222 all-purpose yards per game this season. He leads FCS football with 667 receiving yards and 10.5 receptions per game. He is fifth with five receiving touchdowns.

- Offensively, Tennessee State is averaging 462 yards of offense (328 through the air and 134 on the ground) and scoring 32 points per game.