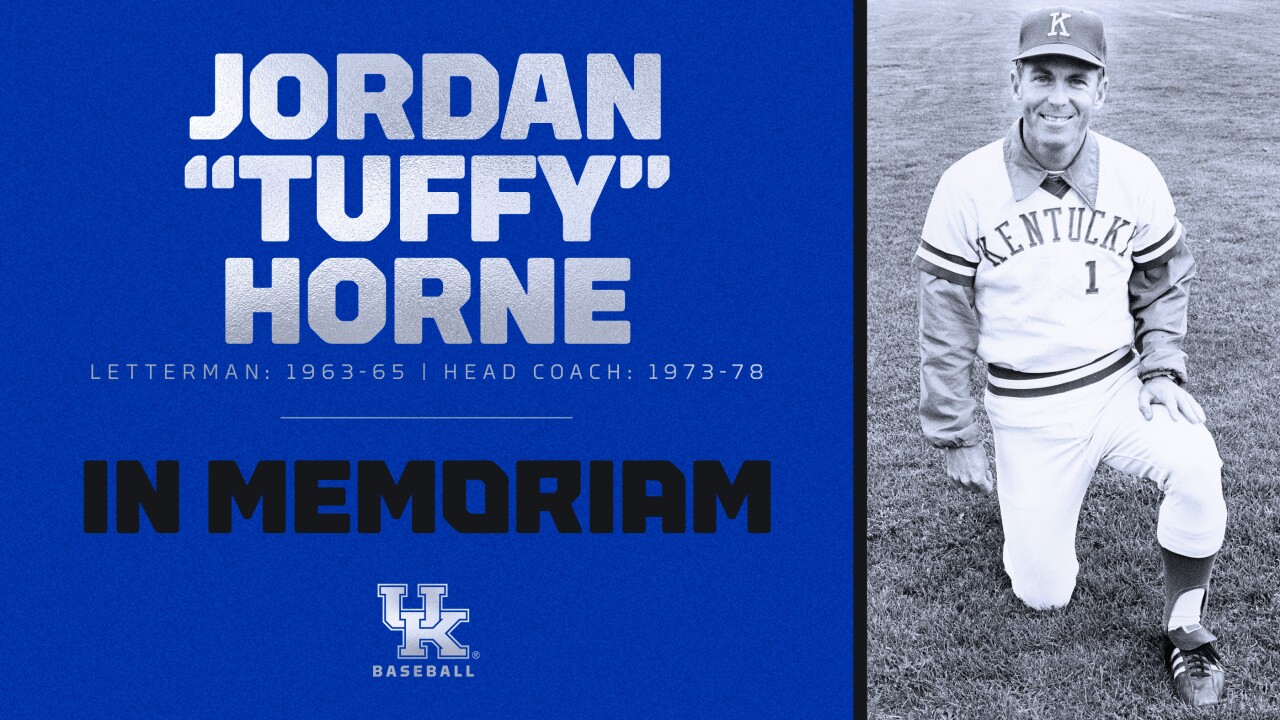 Former Kentucky baseball player and head coach Jordan “Tuffy Horne, 77, died earlier this week, the Horne family announced. Horne lettered for the Wildcats from 1963-65 and then was head coach from 1973-78. He posted a record of 127-126-1, including a 28-18 season in 1976. Longtime UK coach Keith Madison followed his tenure beginning in 1979.