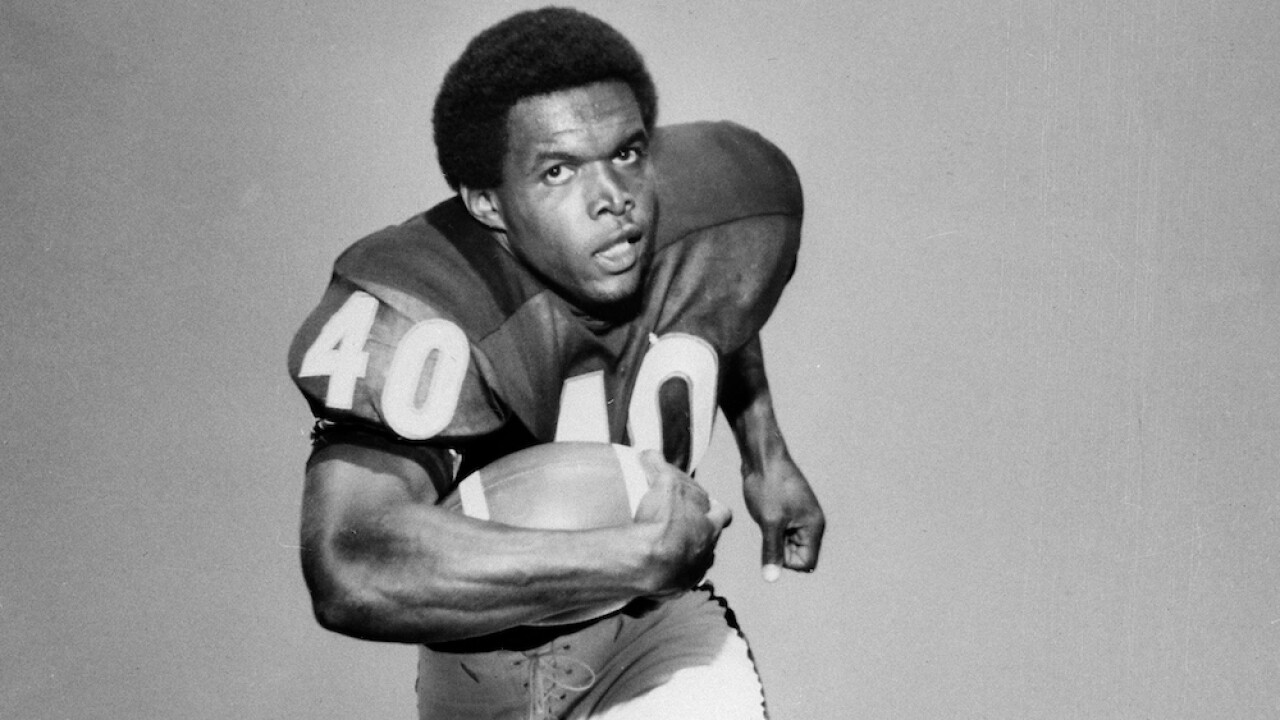 Legendary Chicago Bears running back Gale Sayers died Wednesday, according to a statement from the Pro Football Hall of Fame. He was 77.

A cause of death for Sayers was not listed in the Hall of Fame's statement, though he had been suffering from dementia for several years.

After an All-America career at Kansas, Sayers was drafted fourth overall by the Bears in 1965. He made an immediate impact, scoring 20 offensive touchdowns and rushing for more than 800 yards. He quickly became known as one of the most dynamic players in the league with his swift speed and return ability.

Throughout his career, Sayers rushed for 4,956 yards and averaged about five yards a carry. He was named first-team All-Pro during his first five seasons in the league and selected to four Pro Bowls.

However, Sayers' career was beset by injury. He suffered from knee issues throughout his career, and injuries forced him to retire after just seven seasons in the league. He became the youngest inductee in the history of the Pro Football Hall of Fame in 1977.

Sayers' relationship with teammate Brian Piccolo was immortalized in the 1971 movie "Brian's Song." Piccolo and Sayers played together for five seasons before Piccolo died of cancer in 1970.

"All those who love the game of football mourn the loss of one of the greatest to ever play this game," Hall of Fame President and CEO David Baker said in a statement. "He was the very essence of a team player — quiet, unassuming and always ready to compliment a teammate for a key block."

Bears’ legend and Hall-of-Fame running back Gale Sayers died Wednesday, the Hall of Fame confirmed. He was 77. pic.twitter.com/hfKAptZPyx