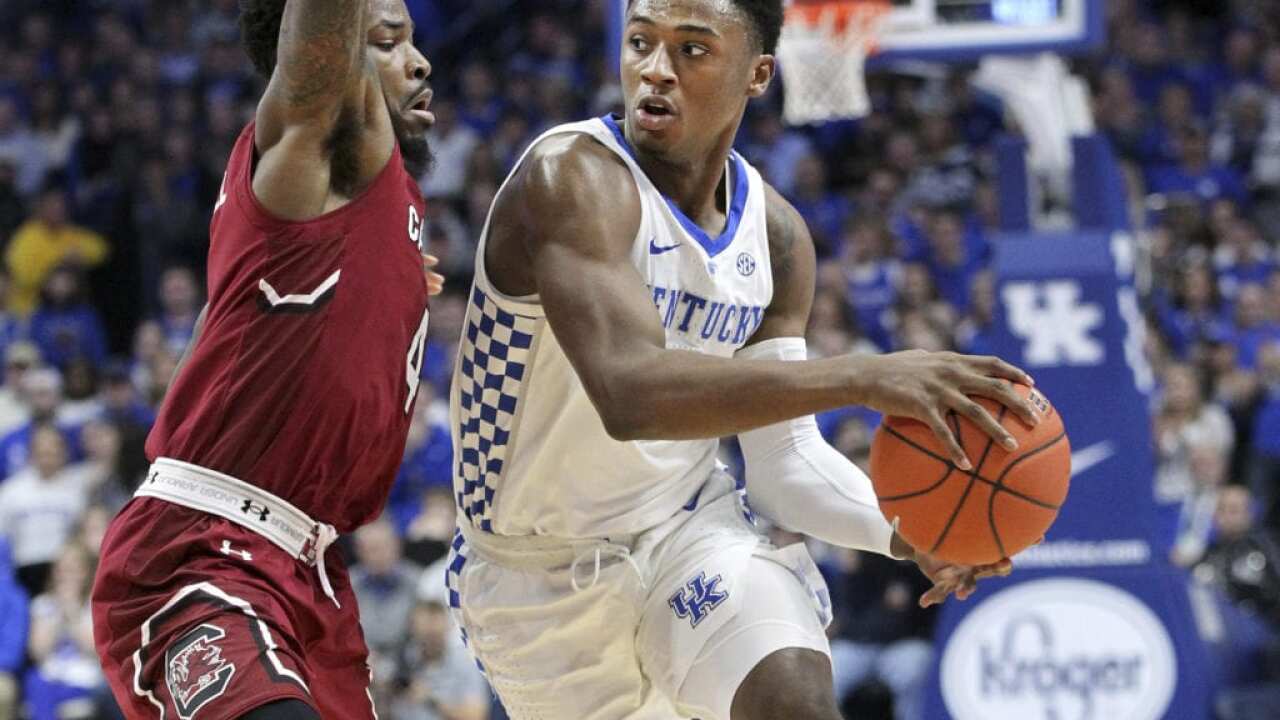 BOSTON — University of Kentucky guard, Ashton Hagans, has been named to the preseason watch list for the Lute Olsen National Player of the Year Award.

Hagans is one of four players from the Southeastern Conference and there are 40 overall on the watch list.

The Lute Olson Award is named in honor of Hall of Fame coach Lute Olson, who won 776 games in 34 seasons. It began being awarded annually in 2010 and will be given out this year in Atlanta, the site of the 2020 Final Four, in April.

Hagans is the reigning SEC Defensive Player of the Year after he averaged 8 points. He also dished out 160 assists on the season, ranked the fifth most by a UK freshman in school history. Hagans is already up for several awards this season including the Bob Cousy Award for the top point guard in the country.

Hagans and the Wildcats are 1-0 after beating No. 1 Michigan State on Tuesday night and are likely the next team in line to get the No. 1 ranking next week.