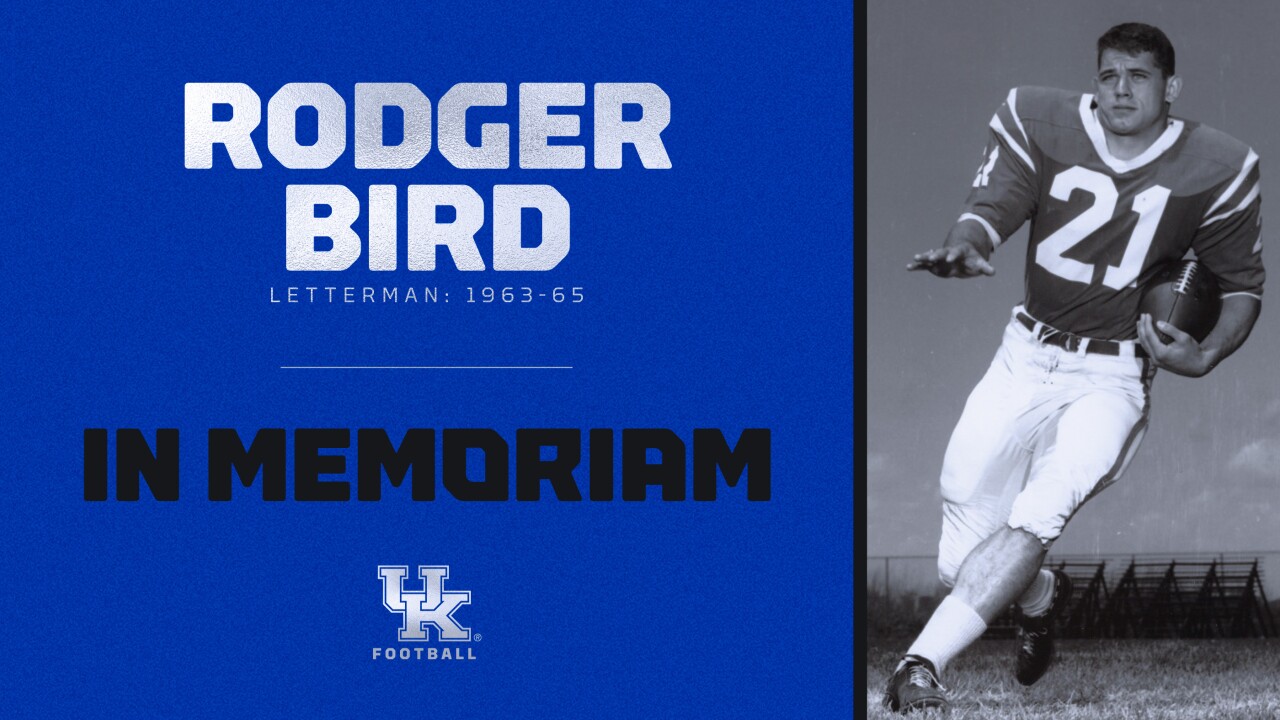 LEXINGTON, Ky. — University of Kentucky Athletics Hall of Famer Rodger Bird, an All-America halfback for the UK football team and member of a legendary family of Wildcats, has died at the age of 76 in Henderson, Kentucky.

“Rodger Bird is a true Wildcat great and a Kentucky football legend,” said Mitch Barnhart, UK Director of Athletics. “We are proud to call him a UK Athletics Hall of Famer and thankful for all he and the entire Bird family have given to this program. We send our condolences to all whose lives he touched.”

Known as the “Corbin Comet” in recognition of his hometown of Corbin, Ky., Bird played for the UK varsity under Coach Charlie Bradshaw from 1963-65. He was an all-around performer as a running back, pass receiver, kickoff returner, punt returner and defensive back. He led the team in rushing all three seasons, totaling 1,699 rushing yards and 21 touchdowns. He also caught 41 passes for 532 yards and four TDs. He had 27 total touchdowns during his career, then a school record, and led the Southeastern Conference in scoring as a senior with 13 TDs.

Bird was drafted by the Oakland Raiders of the American Football League in 1966 and played for the Raiders from 1966-68. He was the AFL Defensive Rookie of the Year in 1966 when he had four pass interceptions and led the AFL in punt returns and yardage. He was second-team All-AFL in 1967 when he led the league punt returns, yardage and average. The Raiders won the 1967 AFL championship and played the Green Bay Packers in Super Bowl II. As a defensive back, he had eight interceptions during his three seasons.