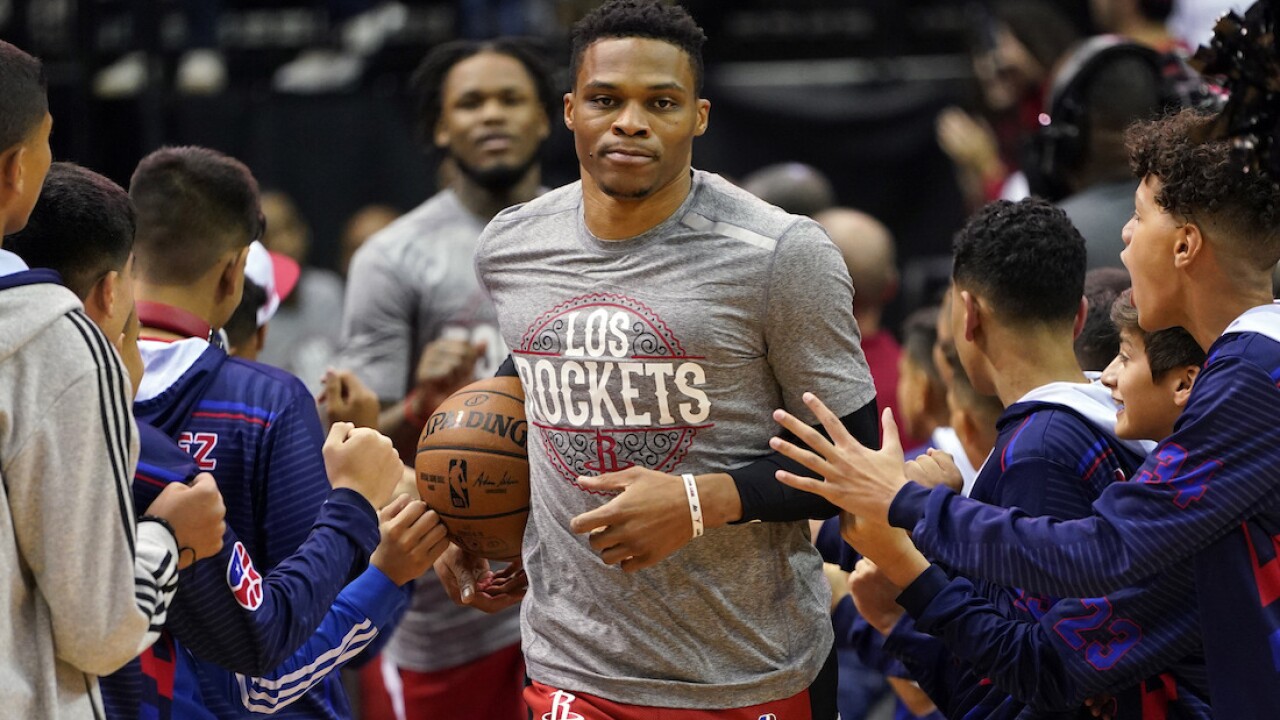 Copyright 2020 The Associated Press. All rights reserved
David J. Phillip/AP
Houston Rockets' Russell Westbrook, center, enters the court as fans reach out before the Rockets' NBA basketball game against the Los Angeles Clippers on Thursday, March 5, 2020, in Houston. The NBA has told players to avoid high-fiving fans and strangers and avoid taking any item for autographs, the league's latest response in its ongoing monitoring of the coronavirus crisis. (AP Photo/David J. Phillip)

NBA All-Star Russell Westbrook posted on his social media channels that he has tested positive for the coronavirus.

On Monday, the Houston Rockets star posted on Twitter that he tested positive prior to leaving for Orlando for the NBA season restart.

"I tested positive for COVID-19 prior to my team's departure to Orlando," Westbrook said in a tweet. "I'm currently feeling well, quarantined, and looking forward to rejoining my teammates when I am cleared. Thank you all for the well wishes and continued support. Please take this virus seriously. Be safe. Mask up!"

The Rockets and 21 other teams are set to restart the NBA season in Orlando starting July 31 at Disney World's ESPN Wide World of Sports.

Below is a list that CBS Sports compiled of all the NBA players that have tested positive for the virus:

Gobert's positive diagnosis of the virus resulted in the NBA 2019-20 season to be suspended briefly back in March.