Jackson already making name for himself in freshman season 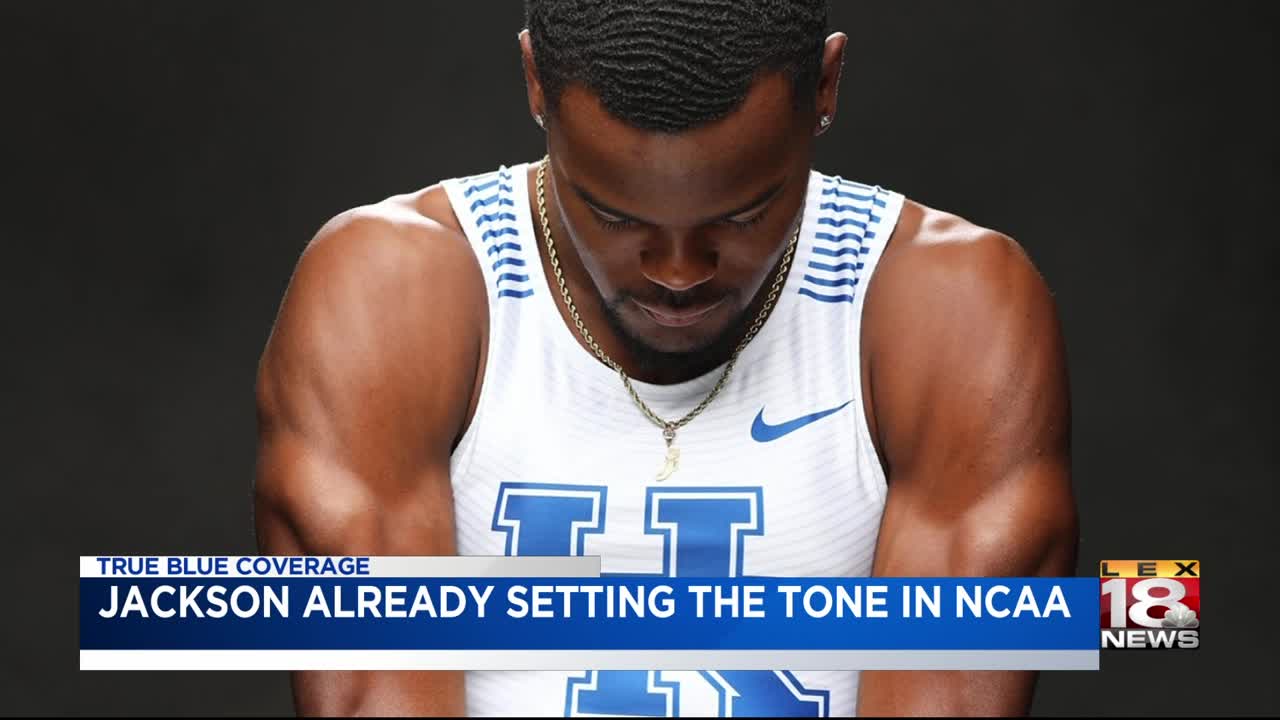 LEXINGTON, Ky. (LEX 18) — True freshmen quickly becoming stars is no foreign concept at the University of Kentucky, you just usually see it on the basketball court more than anywhere else.

However, former Henry Clay standout Langston Jackson may be putting together the best campaign of any freshman athlete on UK's campus for the Wildcats' track and field team.

"I definitely feel good about my performances so far," Jackson said.

"I know I have a lot more in the tank to give, but I'm just satisfied right now. I've just been trusting the process with Coach (Tim) Hall in all that we do in practice and the results are showing."

In high school at Henry Clay, Jackson set state records in both the 100m and 200m dash at the KHSAA State Championships as a senior. He also anchored the Blue Devils' state champion 4x100m and 4x200m relay teams. As a result, Jackson was named the 2019-20 Gatorade Kentucky Boys' Track and Field Athlete of the Year.

Growing up in Lexington, being a student-athlete at UK has always somewhat been a dream for Jackson.

"When people say they bleed blue, you kind of say it as a phrase but I actually think I do," Jackson said.

"I've been a fan my all my life. When I actually put the jersey on for the first time I remember getting it out of my locker, going back to my dorm and put it on and just looking at myself in the mirror. It kind of was surreal because I finally had made it."

Qualifying for the 2024 Olympics in Paris has been Jackson's goal for a while now, but the 2020 Olympics aren't completely out of the question either for the standout freshman.

"I'm not going to say anything is out of reach, I'm just going to trust the process and see what happens this season," Jackson said.

"I want to speak that into existence but I also don't want to jinx myself."