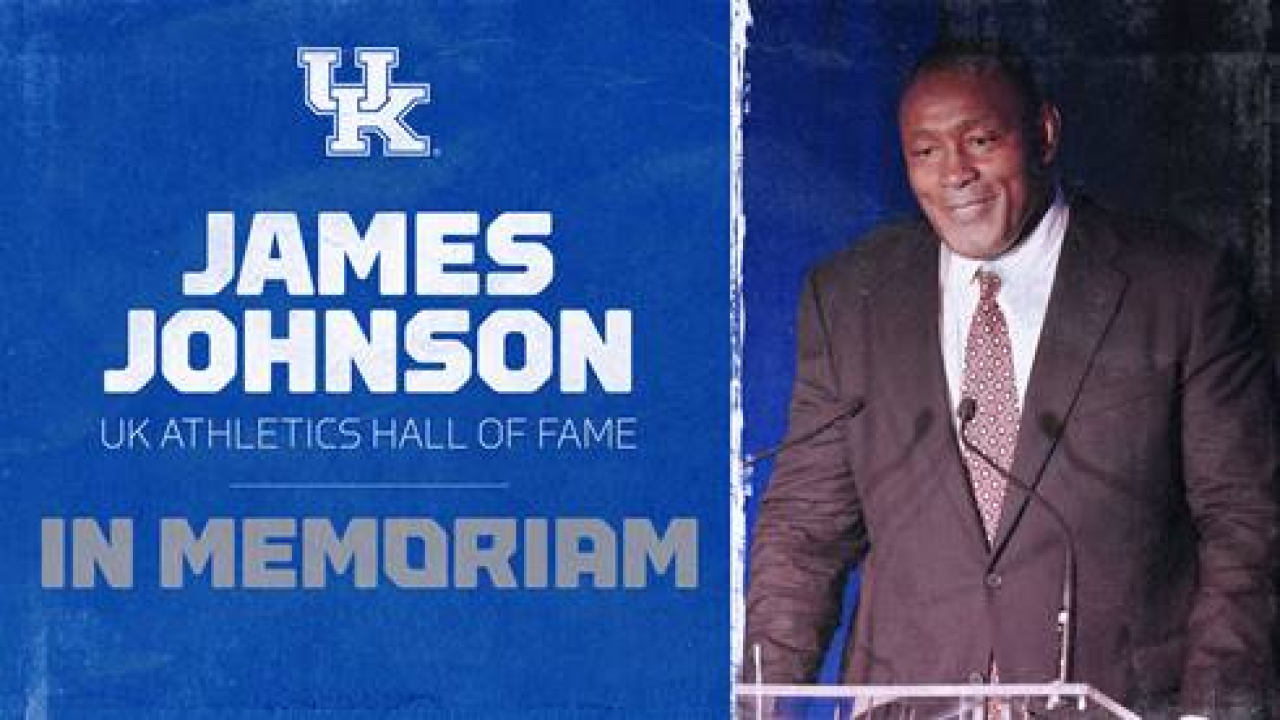 LEXINGTON, Ky. — University of Kentucky Athletics Hall of Famer James Johnson, who made an impact for decades as an athlete and coach in the sport of wrestling, has died at the age of 61 in Phoenix, Arizona.

“James Johnson was an incredibly accomplished athlete and coach,” Athletics Director Mitch Barnhart said. “We were so thankful to reconnect with him and honor his remarkable career at Kentucky when he was inducted into our Hall of Fame a few years ago. That gave us the chance to get to know why he was so well respected in the wrestling community. We send our condolences to James’ family and friends, particularly his children, Isabella and Fabian.”

Johnson was a member of the UK wrestling team from 1977-80, under Coach Fletcher Carr, in the 190-pound weight class. He had a career record of 65-21 and won the Southern Open twice. He was a three-time Southeastern Conference medalist, including second-place finishes at the 1977 and 1980 SEC Championships, and was a member of UK’s 1977 SEC championship team. He also served as a graduate assistant coach at UK.

Johnson went on to remarkable success in his post-collegiate career as a Greco-Roman competitor. He was a member of the USA National Wrestling Team for 12 years, winning three national championships while wrestling at 100 kilograms (220 pounds). He won seven medals in the Pan American Games, including a gold medal in 1986 and silver in 1991. He placed fifth in the 1993 World Championships and was winner of USA Wrestling’s first Greco-Roman Wrestler of the Year award in ’93.

Johnson coached in dozens of national and international events, including the 2012 Olympics, and was on the training staff for the 2016 Olympics. For more than 15 years, he had served as the Greco-Roman head coach for the internationally respected Sunkist Kids club. While coaching the Sunkist Kids, he guided several wrestlers who went on to compete for the United States World Team and Olympic Team.

Johnson also made an impact on the collegiate level. In addition to being a graduate assistant at UK, he was an assistant coach at Arizona State, North Carolina State and Grand Canyon University.

Johnson came to UK from Greenville, N.C., where he won a state championship in 1976 while wrestling for D.H. Conley High School. In 2002, the James Johnson Award was founded and is presented annually to the top high school senior wrestler in eastern North Carolina. Johnson was elected to the North Carolina Wrestling Hall of Fame in 2007 and elected to the UK Athletics Hall of Fame in 2016.