Kaepernick, ESPN team up for documentary series on his life 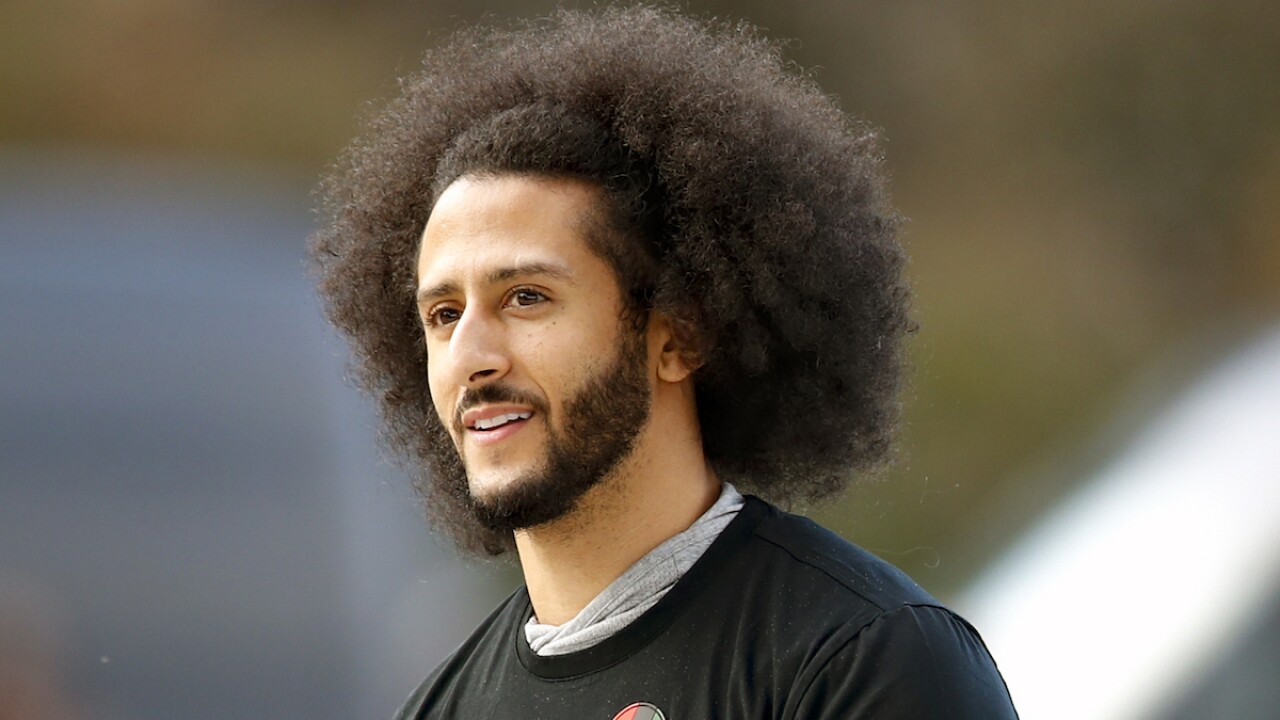 Copyright 2019 The Associated Press. All rights reserved
Todd Kirkland/AP
FILE - In this Nov. 16, 2019, file photo, free agent quarterback Colin Kaepernick arrives for a workout for NFL football scouts and media in Riverdale, Ga. Kaepernick has been a leader in the fight for social justice by people of color not just in the football world or the sports world. Recent developments have raised his profile and, more significantly, reminded many of the sacrifices he has made while protesting social injustice and police brutality.(AP Photo/Todd Kirkland, File)

Colin Kaepernick will be featured in a documentary series produced by ESPN Films as part of a first-look deal with The Walt Disney Co.

“During this unprecedented time, The Walt Disney Company remains committed to creating diverse and inclusive content that resonates and matters," Bob Iger, Disney’s executive chairman said in a press release. "Colin’s experience gives him a unique perspective on the intersection of sports, culture, and race, which will undoubtedly create compelling stories that will educate, enlighten and entertain, and we look forward to working with him on this important collaboration."

The partnership will focus on telling scripted and unscripted stories that explore race, social injustice, and the quest for equity.

"I am excited to announce this historic partnership with Disney across all of its platforms to elevate Black and Brown directors, creators, storytellers, and producers, and to inspire the youth with compelling and authentic perspectives," Kaepernick said in the press release. "I look forward to sharing the docuseries on my life story, in addition to many other culturally impactful projects we are developing.”

The documentary will use new interviews and never-before-seen archive that documents Kaepernick's last five years in the NFL and it will be told from his perspective.

It will also provide a platform to showcase the work of directors and producers of color.