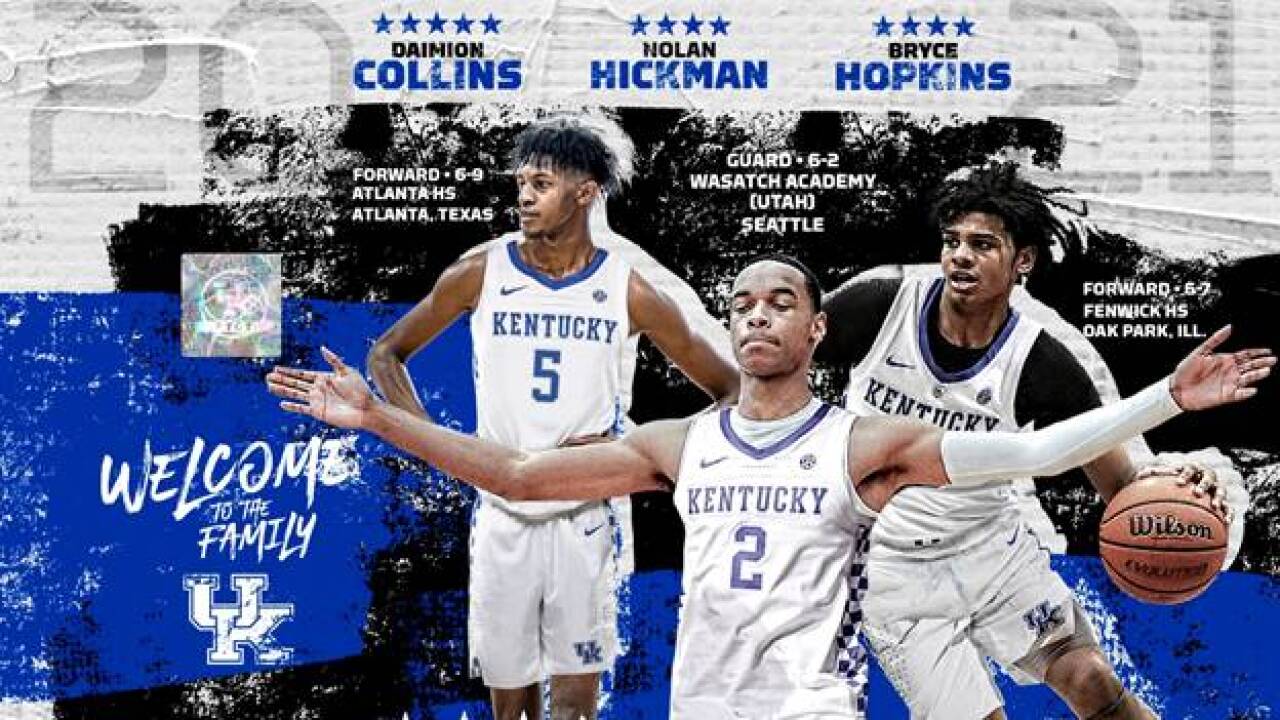 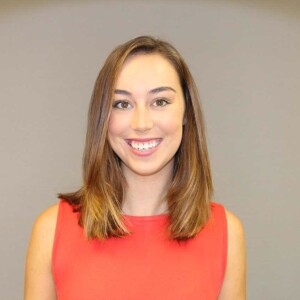 LEX18 — Three future Wildcats have officially signed on the dotted line with Kentucky. The program has officially announced the signing of Daimion Collins, Nolan Hickman and Bryce Hopkins. Wednesday marked the beginning of the early signing period, and all three players for the 2021-22 class took advantage of the opportunity to lock-in their commitment to the Cats sooner rather than later.

"Our fans have heard me talk a lot about what it means to be ‘Built Different.’ When you talk about this fall class, you’ve got three kids who are built to play here at Kentucky,” UK head coach John Calipari said in a press release. “They wanted to be a part of this culture. They wanted to play against other really good players. They didn’t need any promises or guarantees – only the promise that this is going to be the hardest thing they’ve ever done and that we will challenge them to become the best version of themselves. This place isn’t for everybody and it takes a certain type of player – a ‘Built Different’ mentality – to come here and be in this competitive environment. These three are ready to take that step."

Collins was the first to officially sign with Kentucky on Wednesday, and the five-star recruit is currently the class’s highest-rated commitment. He’s also ranked as the nation’s No. 4 power forward and the No. 19 player in America, according to 24/7 Sports. He's listed as a 6-9 forward with a 7-4 wingspan. Collins is coming to Kentucky from Atlanta, Texas where he averaged 24.6 points, 13.7 rebounds and 7.7 blocks as a junior.

“I wanted to go somewhere that has developed players that have similar skills as me,” Collins said in a press release. “I felt that Kentucky was the only place for me.”

Hickman is the team’s future point guard, coming in a 6-foot-2 and 185 pounds. He’s considered a four-star recruit and the No. 3 point guard in the class, according to 24/7 Sports. The Seattle, Washington native impressed at the Pangos All-American festival earlier this month, where he averaged 22 points per game. During his junior season at Wasatch Academy in Mount Pleasant, Utah, he averaged 17.3 points, 3.4 assists and 1.8 steals per game. Hickman has drawn comparison to Shai Gilgeous-Alexander, Tyler Ulis and Rajon Rondo, and he’s repeatedly referred to Kentucky as his “dream school.”

“Kentucky was upfront with me from the start,” Hickman said via UK. “I felt welcomed right from the jump and I could feel their honesty. They didn’t make any promises. They want to help me get to the highest level of basketball and challenge me off the floor and in the classroom.”

Hopkins is a 6-foot-7, 220 pound power forward coming to Kentucky from Oak Park, Illinois. He’s also a four-star recruit, and 24/7 sports tabbed him as the No. 7 power forward in the nation.

Kentucky was able to land Hopkins after he decommitted from the University of Louisville in August, citing “uncertainties” related to Louisville’s potential sanctions. He initially flipped his commitment to Kentucky on Oct. 26, and he made things official with the Wildcats Wednesday. Hopkins averaged 24.1 points, 10 rebounds and 3.5 assists throughout his junior season.

“When you look at what Kentucky has done under Coach Cal, it’s clear they develop their guys better than anyone else for the next level,” Hopkins said in a press release. “They put their players’ dreams first. I wanted that and I wanted to be with a winning program with a family culture.”

The Kentucky basketball Twitter account announced the signing of all three players, along with videos containing some of their highlights. UK can only comment on prospects who have signed official paperwork with the university.

Keith Farmer and Mary Jo Perino will break down the day's commitment news during tonight's episode of BBN Tonight, airing at 7:30 on LEX18 News. You'll hear from current UK assistant coach Joel Justus and 24/7 Sports recruiting expert Travis Branham. The full episode will be available on BBNTonight.com after the show.

Make sure you're following along with us on social media so you never miss a UK sports story!